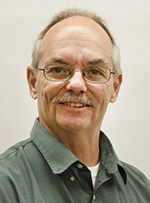 Al “Minnow” Brooks, 63, who has served five terms on the Albert Lea City Council, is being challenged by Nick Ronnenberg for the seat.

“I also feel the city should somehow communicate better on matters in the public,” Brooks said. “I think there are times when the community’s feelings don’t matter.”

Brooks, owner of Brooks Safety Equipment, said the city government needs to always look to improve or enact changes so the city becomes a better place.

“Working with other entities is also important in providing ways to attract business,” he said. “Bonding, tax incentives or matching city funds and grants are ways to help. It’s important for someone to feel like we as a city want them here and find a way.”

Brooks said the city “does a fine job at doing its best to keep the assets of our city in good shape.”

“For example, No. 1, I think our Parks Department (does) a great job maintaining the beauty of our parks,” he said. “No. 2, our street and utilities departments are always doing their best at keeping our infrastructure needs in good shape.”

Brooks said as a councilor, he believes the city has effectively kept taxes in check “and still (tries) to provide good service to the community.”

Brooks said the city should “continue an open dialogue with current providers and others interested to do whatever possible to provide a full-service hospital and our needs for the citizens of Albert Lea and surrounding area.”

The city of Albert Lea is dealing with a yearly transportation funding deficit. Freeborn County estimates it has a $5 million yearly shortage.

Brooks said road infrastructure is costly and is the hardest to fund without raising taxes or creating new fees.

“As a city and county we need to continue to work with elected officials at the state level and push the importance of funding that is needed to maintain our roads,” he said.

What can the city do as an employer to attract and retain jobs?

Brooks said the City Council and Freeborn County Board of Commissioners should meet at least every six months.

During the meetings, they should discuss the issues both are facing and find ways to provide services to the taxpayers in Albert Lea and Freeborn County.

Brooks said the council and city administration “(have) done an excellent job year after year in finding creative ways in keeping the operating level from increasing.”

“We also need to realize that the debt level continues to rise,” he said. “The city needs to be careful and mindful of the projects it moves forward on that creates a possible burden on the city’s debt service.”

Brooks said his greatest asset as a councilor is his ability to “listen, understand what the situation is that the city is considering, then using that information and make the best decision that I feel is the right thing for the community.”

Brooks said he is willing to accept when someone disagrees with his vision and believes by using ideas from the community, solutions can be reached together.