‘A large venue space with a country theme’ 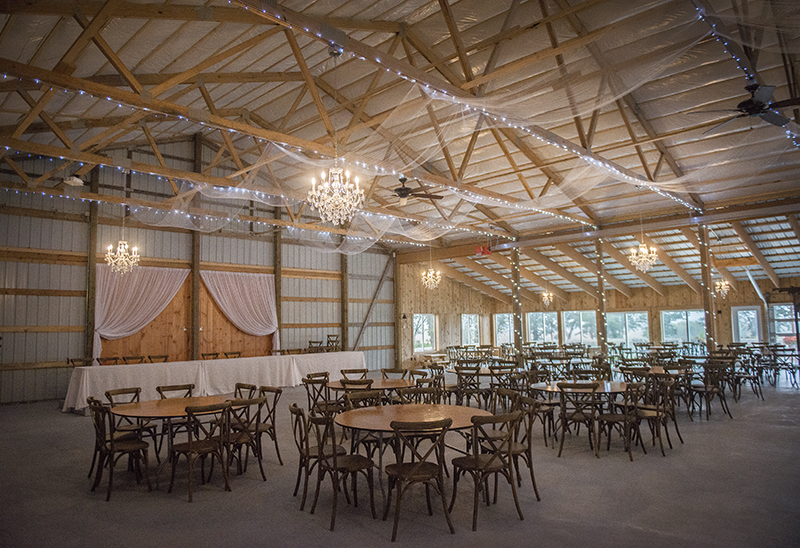 JOICE, Iowa — Tucked away in a country acreage between Northwood and Lake Mills, Country View Acres offers weddings in a laid-back, scenic environment.

Country View Acres is at 628 430th St. and features two outdoor spots for weddings. One is called the “Rock Pile,” which can hold 450 people and has an arbor, permanent deck and cement aisle. The second features a view overlooking an on-site pond.

The venue also includes a large indoor space for wedding receptions and grain bins that serve as changing rooms.

The first wedding at the wedding barn venue was June 9.

The property was purchased by co-owners Warren and Sara Brackey in spring 2017.

Sara Brackey said there has been a “50-50 preference” by wedding parties on the two outdoor sites.

“I think a lot of people like that, that they are not rushed in,” she said.

Sara Brackey said the couple’s idea to build Country View Acres began after they hosted the wedding of their daughter, Jordynn Weiland, in a cleaned-up shed. 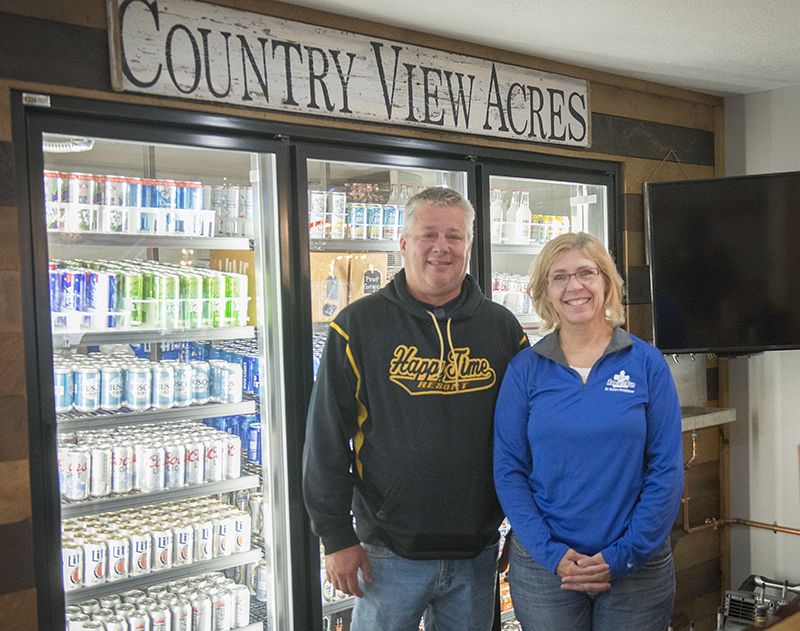 “We thought, jokingly, ‘who else wants to have their wedding here,’ because all the work was in cleaning it up and making it look nice,” she said.

They later attended a similar wedding in Clear Lake and believed they could build a similar facility.

“We drove by this acreage, and I said, ‘This would be a perfect spot because there is not a house here,’” Sara Brackey said.

The couple then purchased the land from retired farmer Jack Larson and renovated the barn.

They dug a pond, made changing rooms out of the two on-site grain bins, paved a gravel walkway to the two ceremony sites and polished up the machine shed on the property with cement additions to the north and south ends.

The couple added an entryway with bathrooms on each side, and created a storage room with a bar area and kitchenette.

Custom barn doors with relic finishes have been installed, and windows and doors were added on the north end of the barn, including a glass garage door in the center. A large patio is in place. The facility features more than 10 acres of oak trees.

The couple’s daughter, Josie Brackey, runs the bar during weddings, and Weiland is marketing coordinator. Wayne and Sara Brackey hire friends and family to clean the facility and mow.

Sara Brackey said the barn is good for the community.

“It offers them a large venue space with a country theme that a lot of people are liking right now,” she said.

The couple plans to insulate the building’s east and west walls in November and improve climate control.

The couple said they enjoy the relationships they form with wedding parties.

“We end up making really good friends with the families,” Sara Brackey said. “They come on Thursday, typically, and it’s fun to make friends with the family. You really get to know them during kind of their high-stress day, and we hope to make that a little bit easier, and so we’ve had some really fun people that we’ve met along the way.”

Josie Brackey said her parents have gone in the right direction by renovating the bins, ceremony and large indoor sites.

“While it’s been a pretty crazy process, I think they’ve made some pretty good decisions on what they are going to include and also what are they going to spend on,” she said. 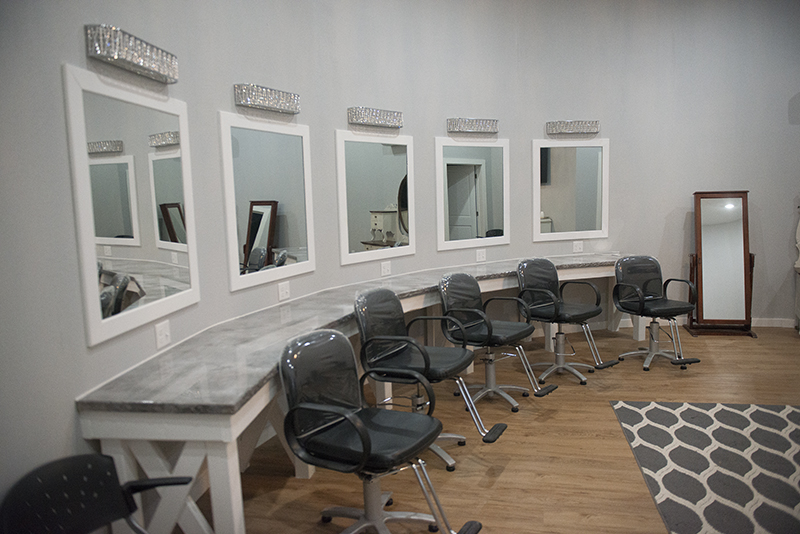