A place for learning 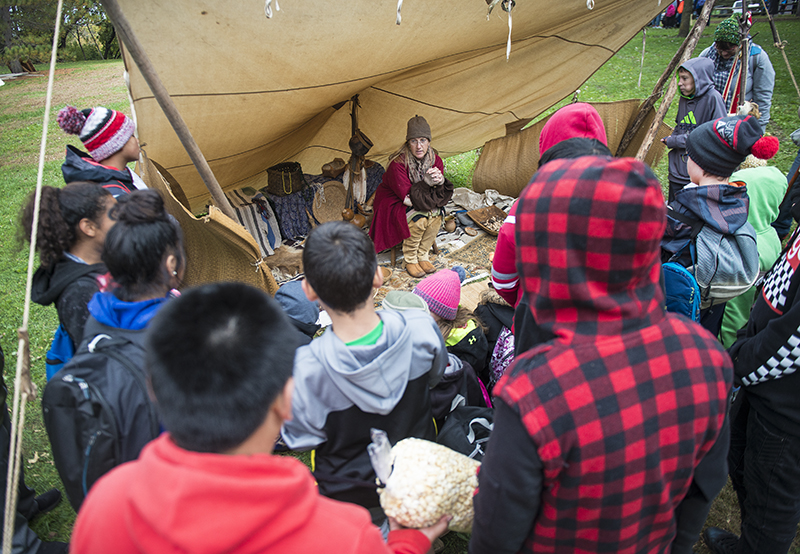 Students from across Minnesota and Iowa are getting a piece of living history this week at the Big Island Rendezvous education days. 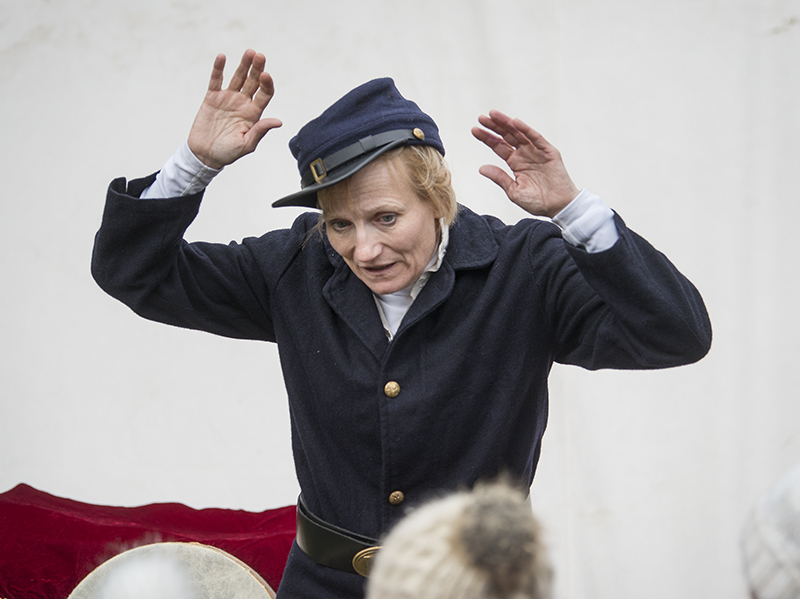 Bachman said the experience for children during education days and adults during the open Rendezvous are about the same: everyone gets demonstrations or talks from flute-makers, weavers, silversmiths, candlemakers and trappers, all relating to life for settlers in the 1800s.

On Thursday, children from a Lake Mills class gathered around a potter as he demonstrated first pinch pots, then coil pots, then, as pom-pom hats leaned in closer to see, throwing clay on a wheel as he worked his way chronologically up through pottery techniques.

“The way people dress up makes you feel like you’re in the adventure or you’re a part of the history,” St. John Vianney School fifth-grader Ella Krahmer said. 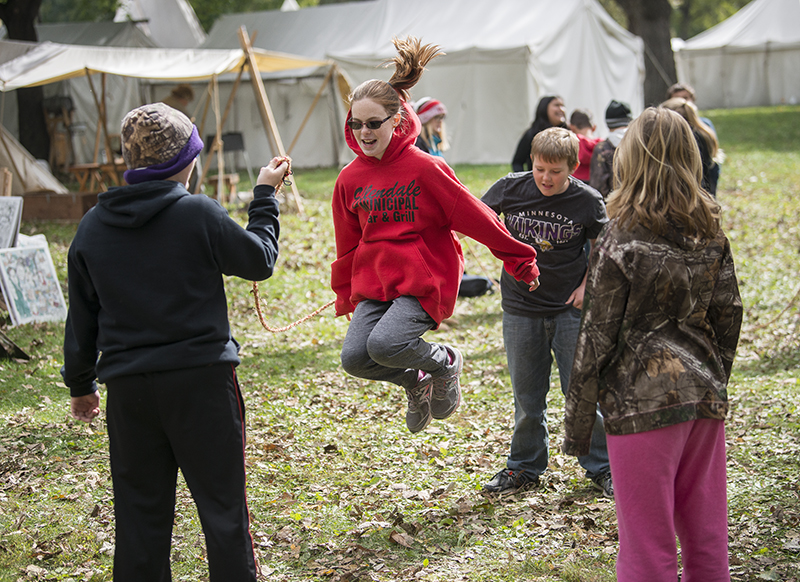 Reenactor Annie Peters, who has participated in the Rendezvous for over 20 years, provided children with period dishwashing demonstrations. She said having the children come for education days made her feel like she was doing something helpful and useful.

During Big Island Rendezvous, Al Cannon is captain of the 8th Texas dismounted cavalry. When he’s not at the Rendezvous, he co-owns Hewitt Hauling in Mason City. They shut down the business for Rendezvous time. Cannon said it is his vacation. He began reenacting in 1996 at age 14. 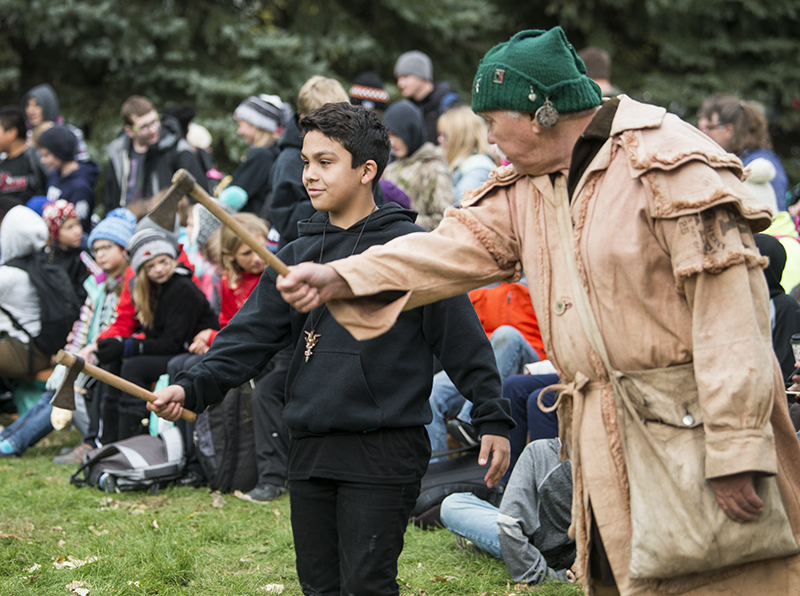 “I find it best when you get the kids who are wide-eyed who just sit there and every word, they hang on when you’re talking … they grip onto it and they just soak it in … that’s the moment,” Cannon said. “It makes everything I do all year long just worth it, right there.”

For some, those learning moments were about pinch pots. Krahmer said she learned about all the uses for a cow horn. St. John Vianney School fifth-grader Thomas Hamlet learned quite a bit about the Lewis and Clark expedition, he said. 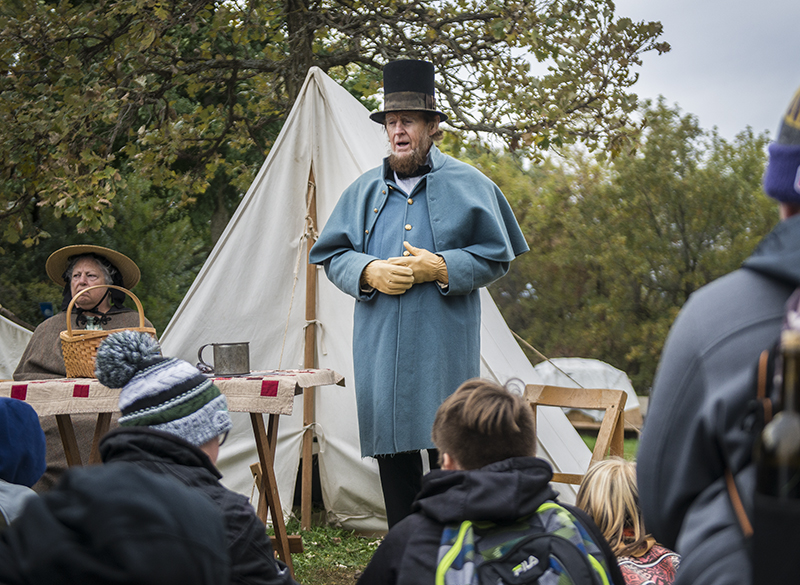 “(The reenactors) do more of a demonstration than you get in the classroom,” he said.

“It’s an awesome place to bring kids to learn,” she said. 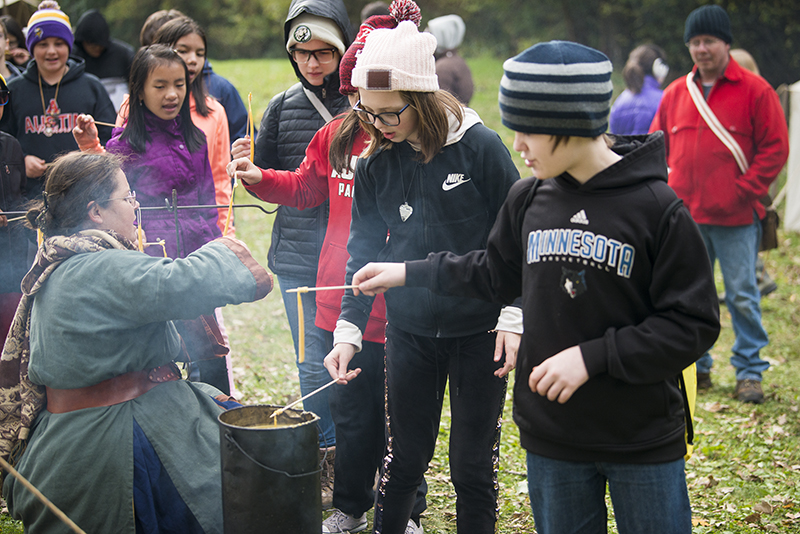