Across the Pastor’s Desk: To be the greatest, be a servant

Across the Pastor’s Desk by Josh Enderson 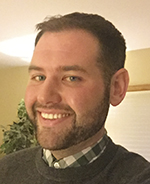 Let’s face it. We all want to be the greatest. There is something buried deep in our human nature that drives us to want this. The best house, the most money, the greatest marriage, the highest office: You name it, someone wants it.

If you pay attention to the news, or just listen to the messages that our culture proclaims, it would seem that striving to be the greatest is what we should do. In fact, our culture says that some, because of their race and gender, are entitled to be the greatest and should not be denied this title. It would seem that the goal of life is to have the most riches and power, and to care for no one else in the world but yourself.

Some say that the Bible promotes this idea. But that’s not the case. Jesus actively pushes back against it. Throughout Mark’s gospel, we watch as the disciples continually argue with themselves about who is the greatest among them. Two of them, James and John, even come to Jesus and demand to sit at Jesus’ right and left sides in heaven, places of honor and power in that society.

Every time they argue about this, Jesus pushes back. He tries to teach them that to truly be his disciple, you must put others before yourself, that you must take up your cross and that you must remember that the last shall be first. And, every time, the disciples don’t get it.

We, too, never get it. We don’t get this idea that our goal in life isn’t to be lord of all, but to be servants to others in our lives. The dominant message says that it’s OK to be selfish and to care only for yourself, as long as you’re the conqueror in the end.

Josh Enderson is pastor of Hayward and Trondhjem Lutheran churches.