Funeral Services for Bertell J. “Bert” Nelson will be at 10 a.m. Saturday at Bridge Community Church in Albert Lea. The Rev. Clayton Balsley will officiate. Interment will be in Hillcrest Cemetery. Visitation will be from 4 to 7 p.m. Friday at Bonnerup Funeral Service and one hour before the service at the church. 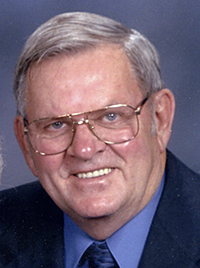 Bert graduated from Albert Lea High School. Throughout his life he worked at Lakeshore Greenhouse, drove cab, was a substitute custodian at Albert Lea schools and then Interstate Power, retiring from the gas department after more than 30 years.

Bert was a member of First Baptist, now Bridge Community Church, where he enjoyed helping by making needed repairs. He was a good craftsman, always available to help family with home projects. Bert had many interests and hobbies, which included bowling, woodworking, making birdhouses, camping and traveling.

He was preceded in death by his parents; his wife, Helen; sister, Wilda VanRiper, and her husband, Kenny; brothers Richard, Howard and Gerald Nelson; and step-grandson, Jacob Osborne.

Bert was a quiet, kind, good-hearted and gentle man. His family has so many fond memories, including those of his well-thought out Christmas pranks.

More women — and girls — set sights on owning the farm

Catalytic converter taken and other reports