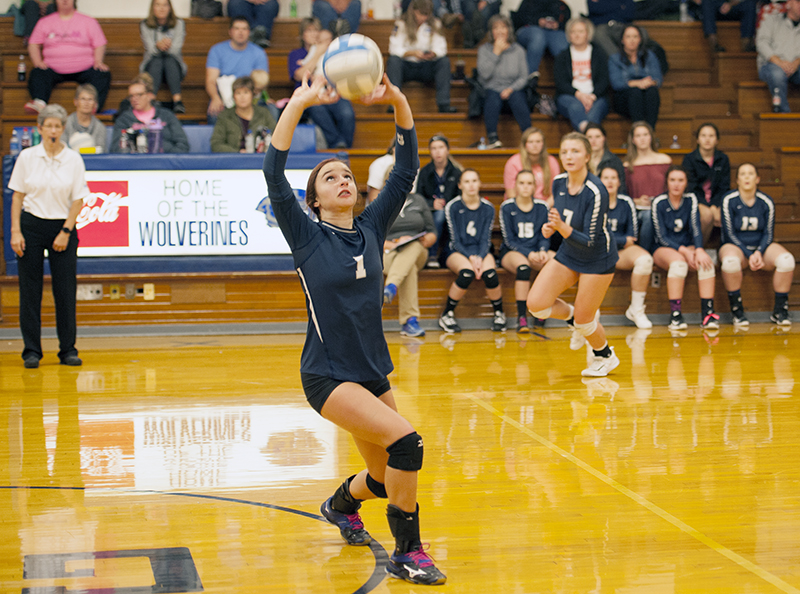 Glenville-Emmons junior Kennedy Severtson positions herself under the ball for an assist Monday night against Lanesboro. Severtson had an effective night setting the ball despite the 3-0 loss. - Tyler Julson/Albert Lea Tribune

Glenville-Emmons volleyball team struggles to keep up with Lanesboro

Although the Wolverines played the first two sets close with the Burros, they were unable to muster up enough points to overcome their early deficits, losing in three sets: 25-18, 25-18 and 25-13.

The Wolverines were their own worst enemy for much of the first set, committing unforced errors that led to the Burros jumping out to a quick lead. Kills from seniors Kenna Gaines and Halee Miller gave a spark to the team for a while, but ultimately Glenville-Emmons was already too far behind. With the score at 20-11, the Burros were well in front when a rally by the Wolverines brought them to within striking distance, but they fell short in the end, 25-18. 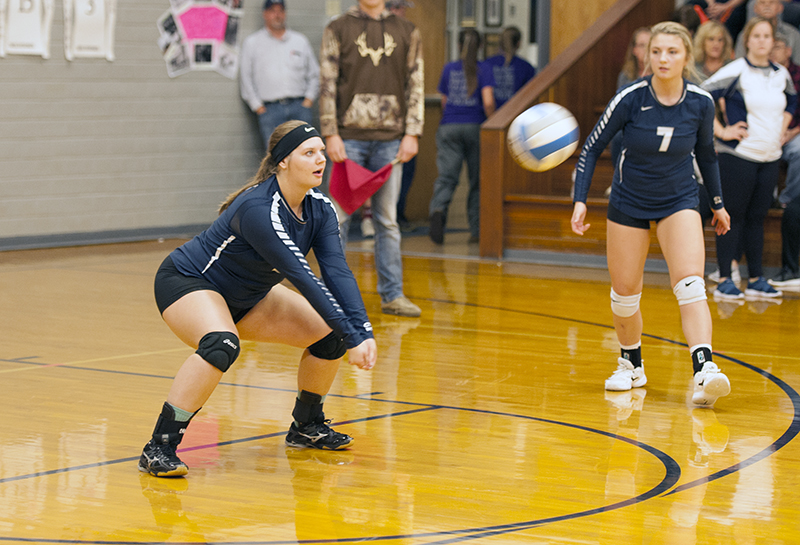 The second set was much more consistent for Glenville-Emmons. There were a number of long rallies throughout the set that were won by the Wolverines, giving them good boosts of momentum. Junior Kennedy Severtson gave her teammates opportunities with her setting and sophomore Skyler Cosens used a couple of them to throw down some huge kills. The crowd came alive as the set came closer to its end and freshman Gracie Dahlum led a small charge with a three-point serving rally, but the Burros again pulled away late, winning 25-18.

The Wolverines were again plagued with errors in the third set. They were unable to gain any sort of offensive momentum early, with multiple kill attempts either ending up in the net or out of bounds. To their credit, the Wolverines never showed signs of quitting, fighting until the very last volley.

The Wolverines fall to 0-13 on the season and have just two matches remaining in the regular season. Tuesday they hit the road to take on the 7-8 Athletics of Lyle-Pacelli, and Thursday they host the 4-13 Lions of Schaeffer Academy. 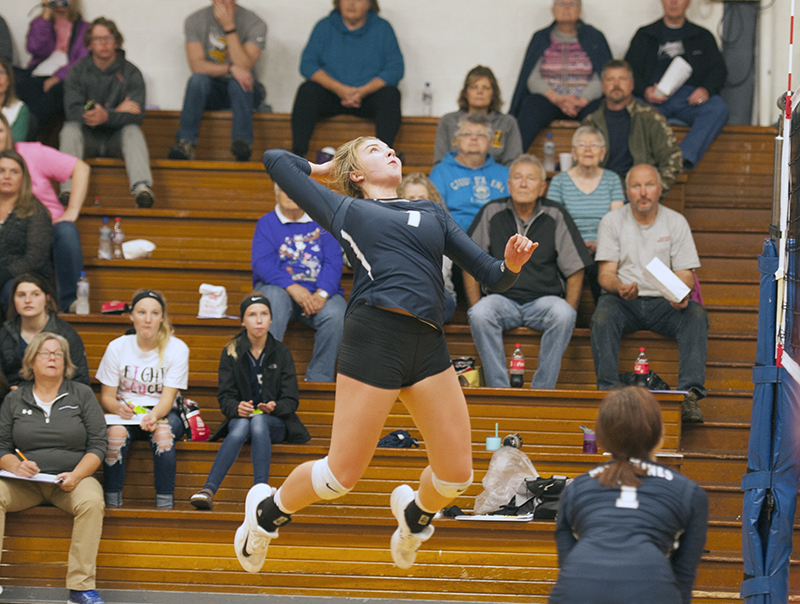 Glenville-Emmons senior Halee Miller rises up for one of her kills in the first set Monday night against Lanesboro. – Tyler Julson/Albert Lea Tribune