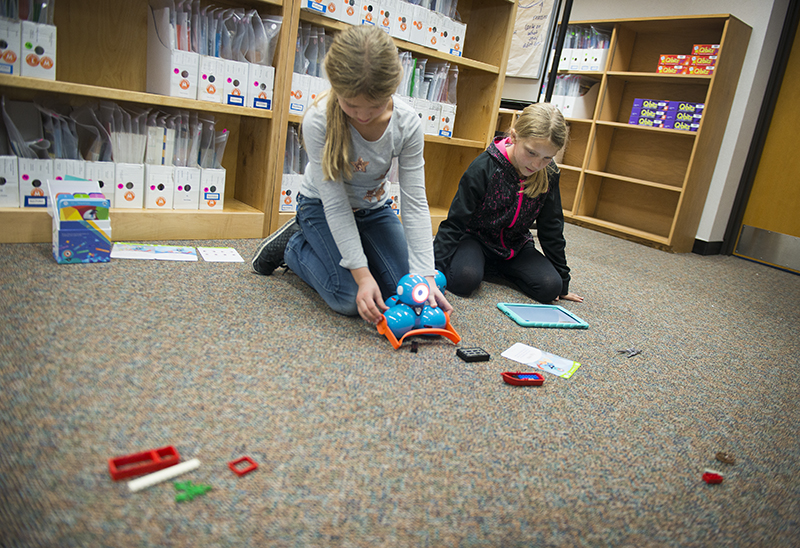 Although students at all four Albert Lea Area Schools elementaries are working with dashes and dots, it’s not Morse code they’re learning.

Instead, media specialists are leading the Dash and Dot coding clubs, named after the robots they are using to teach children the basics of computer programming. 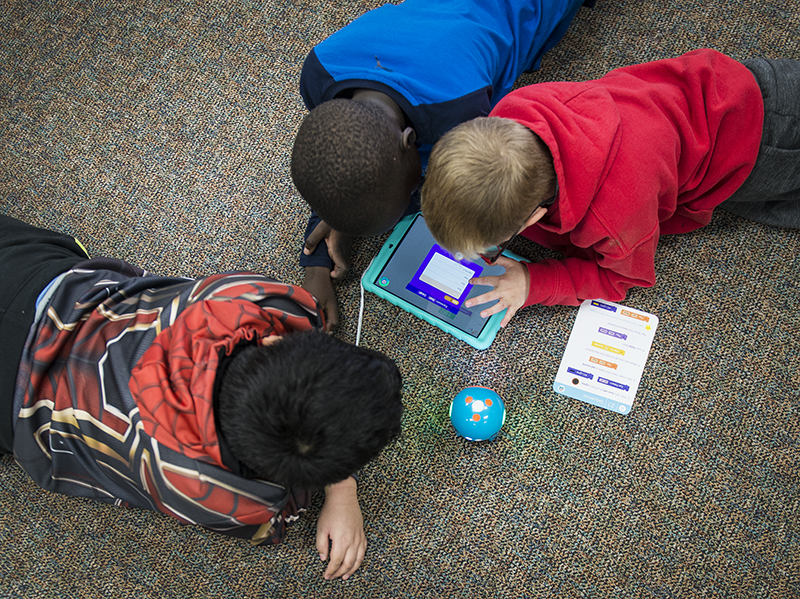 Three of the four elementary schools have had coding clubs before, but Seeger said the Dash and Dot Club, held for third- through fifth-graders, is the first to utilize robotics as part of that club.

Each school now has six stunningly blue robots with orange trim. Some are small, round robots the size of a baseball. Dot resembles a giant eye — a young relative of Mike Wazowski from “Monsters Inc.” Dash is larger, a combination of spheres. Schools purchased the robots, as well as accompanying curriculum and challenge cards, with funds allocated by the PTOs.

“Dash and Dot just have so many opportunities for all there, it’s for pre-readers all the way up to, you know, you could go through the junior high,” she said.

Seeger said the coding club is an opportunity to test how to incorporate the robots into the classroom and to familiarize themselves with how they work. Think history, for example: A teacher or student could put a map on the floor and code Dash to show the journey of westward expansion, stopping at landmarks along the way, Seeger said.

“I think that’s where working with teachers to kind of brainstorm ideas is going to be powerful as we learn about (the resources) a little bit more,” she said.

Even after the robots become more incorporated in classroom learning, Seeger said she would like the club to become a permanent fixture. The club runs through December, Waltman said. Each school has a Dash and Dot coding club once a week as Seeger and Waltman split their time between the elementaries. 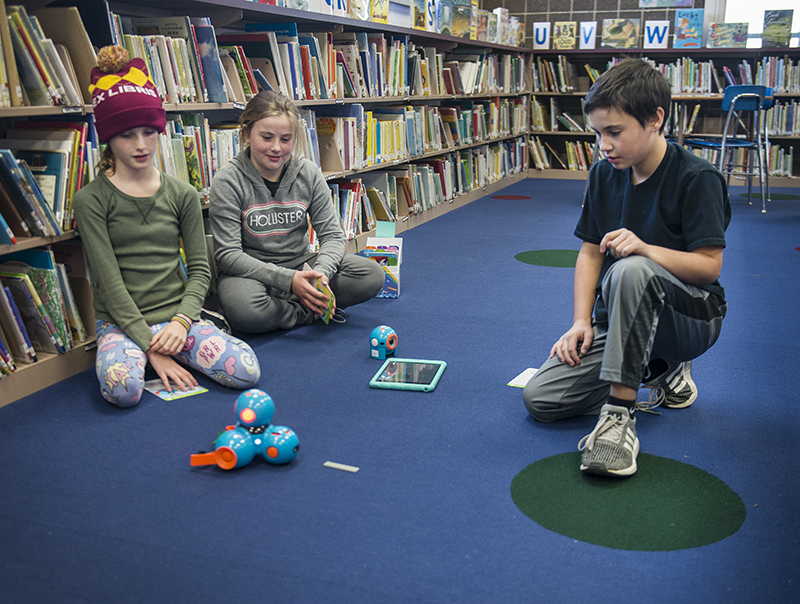 To keep the ratio of students to robots low, each club was capped at 18 children. At Halverson, students were recommended for the club by teachers, Waltman said. Hawthorne’s club, also led by elementary counselor Grace Pfiefer, was made open. Close to 75 students signed up.

Seeger said the club at Lakeview filled in one day and has 25 children on the waiting list.

“They’re just really, really excited about it,” she said.

The challenge for the club is getting the programming to reach all the students. Waltman said she hopes to do two clubs eventually, one for kindergarten through second grade and one for third through fifth grade.

“I think we need to expose kids to it because I think there are children who are really good at this and it’s a great fit for them, but unless we expose it to them, they don’t know,” she said.

While the elementary schools have used robots before — the media center at Sibley Elementary School has paintings above its bookshelves painted by robots, Seeger said — Dash and Dot take it to the next level.

The robots have attachments children can use. They light up. They talk. They can push a plow and play the xylophone and launch balls. Children code activities for the robots using an iPad app and the Blockly coding language, which connects to Dash and Dot via bluetooth.

And through them, children are learning more than just robotics, Waltman said. There’s perseverance and grit as children problem-solve.

“You can really witness the growth, and they’re going at their own pace, and there’s so much creativity in doing this,” she said. 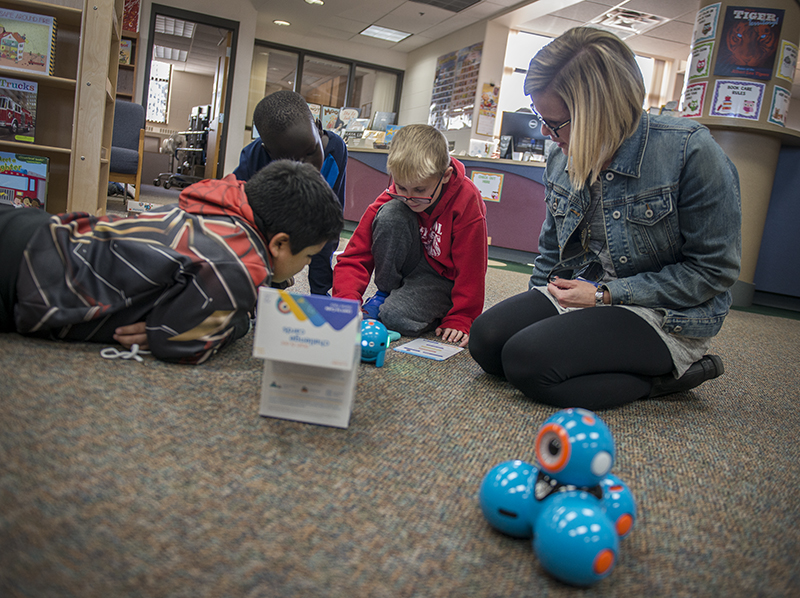