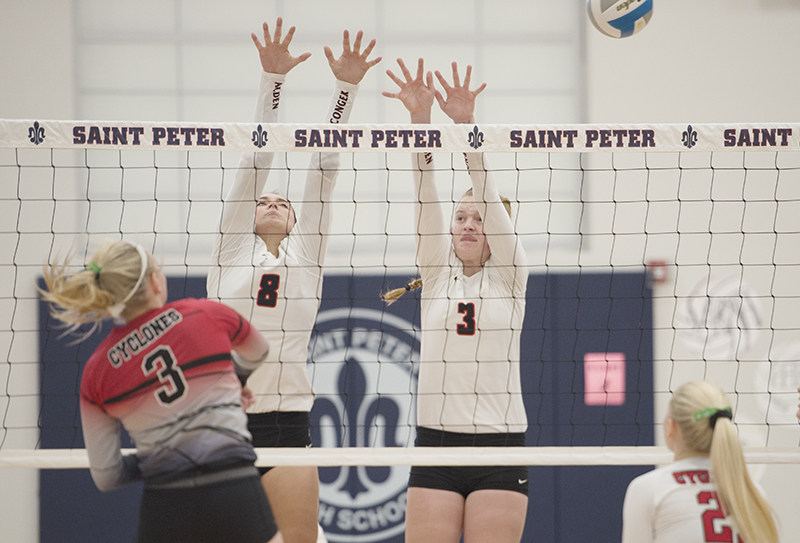 ST. PETER — The Alden-Conger volleyball team traveled to St. Peter for a Section 2A tournament game against St. Clair Tuesday night, with the winner advancing to the subsection finals.

The Knights ran into a defensive buzzsaw in the Cyclones and were unable to move the momentum in their favor until it was too late, falling in three straight sets.

The first set got off to a slow start for the Knights, until sophomore Abbie Theusch gave a shot of energy to the team and crowd with a big kill. However, mistakes plagued the team through the early part of the set as they dug themselves a hole that proved to be too much. A long rally in the middle of the set had some spectacular digs and crushing kill attempts, but was ultimately won by the Cyclones and surged them to the end of the set. Senior Megan Linn led a small scoring rally at the serving line, but it wasn’t enough to stop the Cyclones, falling 25-17. 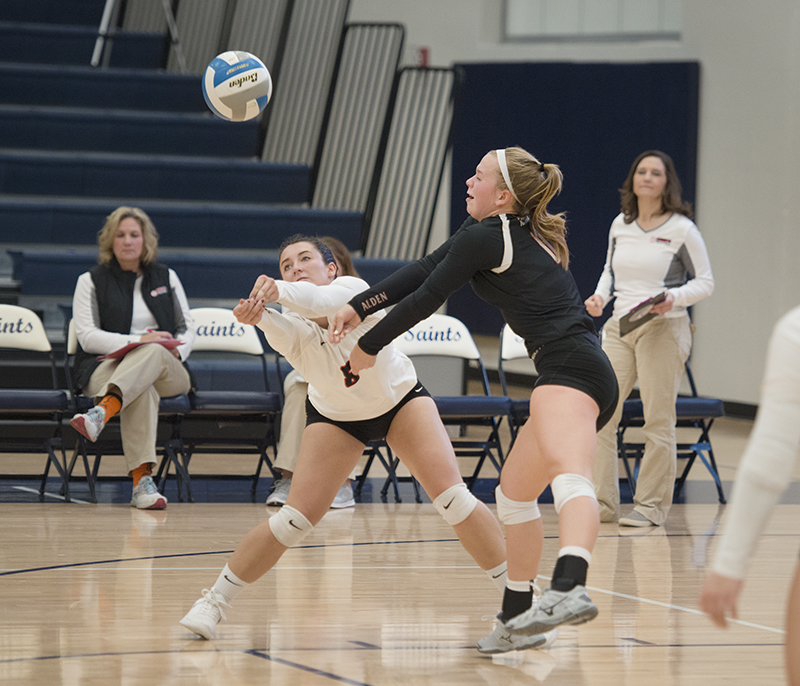 After falling behind in the second set, Theusch again got a nice kill early to boost the confidence of the team. This time the Knights rallied around the spark and took their first lead of the match, jumping out ahead 13-9.

Then the Cyclones hit their stride on defense. A majority of kill attempts from senior Erika Bute and Theusch were sent right back at them by the Cyclones defense. The Cyclones rode that wave through the rest of the set, pulling ahead of the Knights after being tied at 15. The Knights would again battle back, but the Cyclones eventually claimed the set 25-20.

Alden-Conger found its footing to start the third set, jumping out to a 7-1 lead based in large part to the serving of Bute and big kills from Linn and Theusch. Alden-Conger showed signs of a strong defense early on, but the St. Clair offense didn’t stay down for long.

The Cyclones got hot and used a 19-6 rally to take a 20-15 lead late in the set. The Knights weren’t ready to give up just yet, however, and came within striking distance until a 50-50 call ended the set and the Knights’ season, 25-23.

The Knights finish the season at 23-4-1 and lose six seniors from the 11-player roster. Bute, Linn, Autumn Soost, Trinity Newman, Saige Flattum and Faith Wedin will all be moving on from the program as it looks to rebuild for the next season. 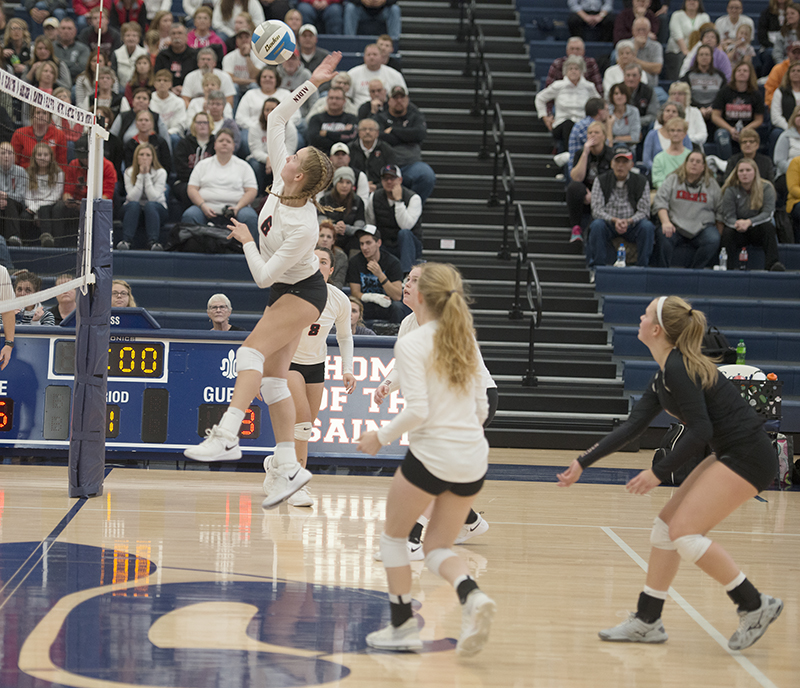 Alden-Conger sophomore Grace Erickson records a booming kill Tuesday night in the loss to St. Clair. The Knights end the season with a record of 23-4-1. – Tyler Julson/Albert Lea Tribune