Dick Herfindahl: Fall weather can be unpredictable in Minnesota 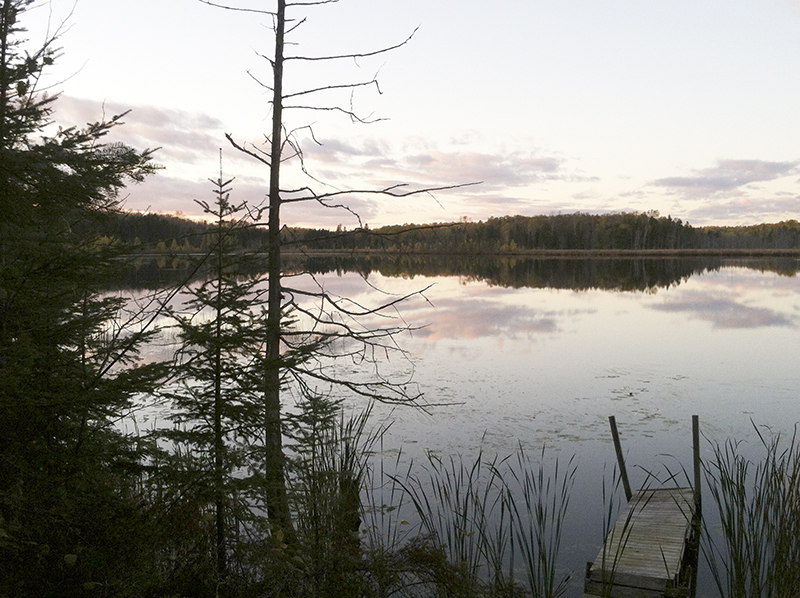 Evening closes in on a cool fall day on a little lake in northern Minnesota. - Provided

When I am sitting around sweating in the heat and humidity of the summer, I often dream of fall, the turning of the leaves and cool crisp fall air. Unfortunately, we seem to be destined to have a cool, wet fall with little or no sign of the days that I dreamt of this past summer. I don’t know if this is a part of the global warming thing or not, but there is nothing we can do about it so I guess I will just have to make the best of it. On Thursday we finally experienced the cool, crisp fall day that I have longed for.

A week ago I was spending a few days at my cabin and the weather was cool with some light showers followed by an occasional overnight rain storm. All but one day was like that then it happened, the sun actually made an appearance and life was good for at least a big part of that one day. Spending time in the north woods is still a good thing, even with a little inclement weather.

On my last full day at the cabin, when the sun finally made an appearance, I decided to take a drive to investigate the accesses on a couple of area lakes that I had never visited before. As the song says, it was indeed “a great day to be alive”. I spotted numerous eagles and crossed paths with a few deer along the way. I don’t believe I’ve ever seen that many eagles in the area for quite some time. One pair of eagles in particular was hanging around the same area off highway 6. On my way home, the male eagle was standing on the side of the road watching me as I drove past and at the same time I spotted the nest about 30 yards back from the road in a tall dead pine tree. Mystery solved! 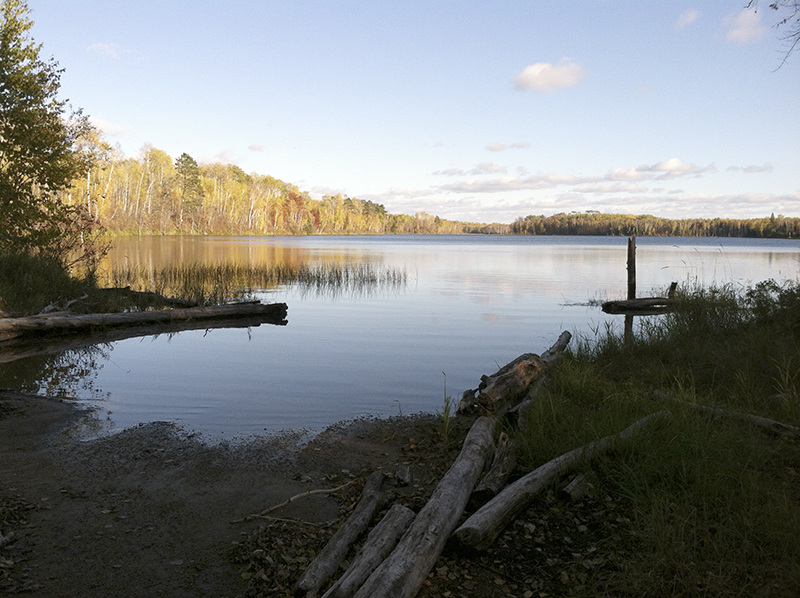 Fall colors shine brightly along the shoreline on a little lake located in the heart of the Chippewa National Forest in northern Minnesota. – Provided

On the day that I was driving around checking out different lakes, I came upon a big doe just standing in the middle of the road. As I slowly approached the doe she just stood there watching me as I crept closer and closer. She finally reacted to my vehicle approaching her and bounded off into the woods. I have found that deer will sometimes stand and watch as you drive past but I always slow down, if I have that option, because they can change their mind in the blink of an eye.

Getting back to the eagles, a few years ago when our family was spending time at the cabin, there must have been about seven different eagles hanging out around our dock. We had one big dead tree right by the shore and a couple of them would fight for the right to sit atop that tree. We had both bald and golden eagles jockeying for a place at the top of the tree. It was really fun to watch the show that nature was putting on just for us. When you are sitting in the forest surrounded by wildlife it is as if you have your own private theater and God is directing the movie.

Until next time, the fall colors in our area are at 25-50 percent and as you move further north the colors are more advanced and some areas of the far north are either at peak or past peak. With this being said, it is really a great time to get out and treat yourself to the beautiful colors that nature has painted for us.

There are ten wildlife management areas in Freeborn County alone, which are open to anyone. These are great places to observe the colors of nature and you always have a chance of viewing wildlife in its natural habitat.

The waterfowl season for the south zone is now suspended until Oct. 13 and will be open from that date until Dec. 2.

Please remember to keep our troops in your thoughts and prayers, because they are the reason we are able to enjoy all the wonderful freedoms we enjoy today.