Different starts in music find couple together in group and life 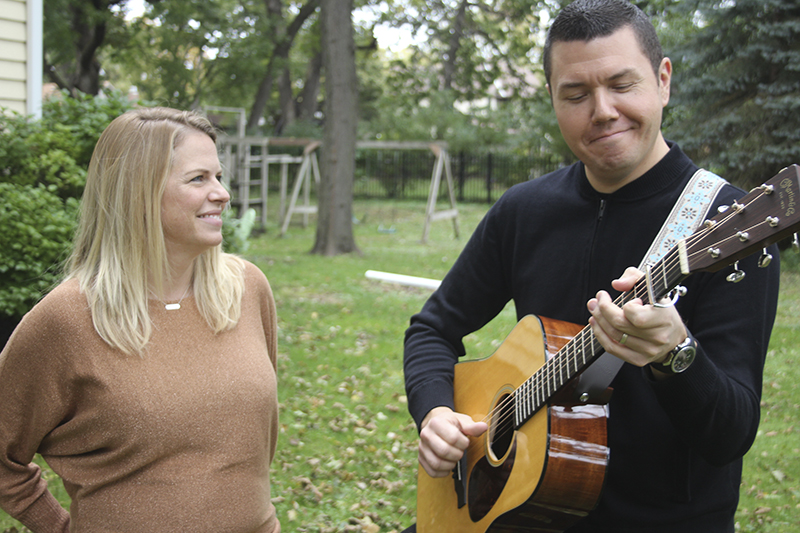 Easy Heart, the duo made up of Ariel and Aaron Winter, play "Blackbird" for a photo. Sarah Kocher/Albert Lea Tribune

The band’s first milestone was in a Twin Cities venue during a one-off rock performance, but the second was in the Albert Lea Hy-Vee.

Aaron Winter plays the guitar, and both sing together. Ariel Winter said the pair focuses on vocal harmonies — sometimes adding them in when there are none, Aaron Winter said.

The couple met when both performed in a rock band in 2003. Both are from Albert Lea and moved back to the community around the same time.

“We ran into each other at Hy-Vee and said, ‘We should jam sometime,’” Ariel Winter said. He brought his guitar over, and the pair started dating. 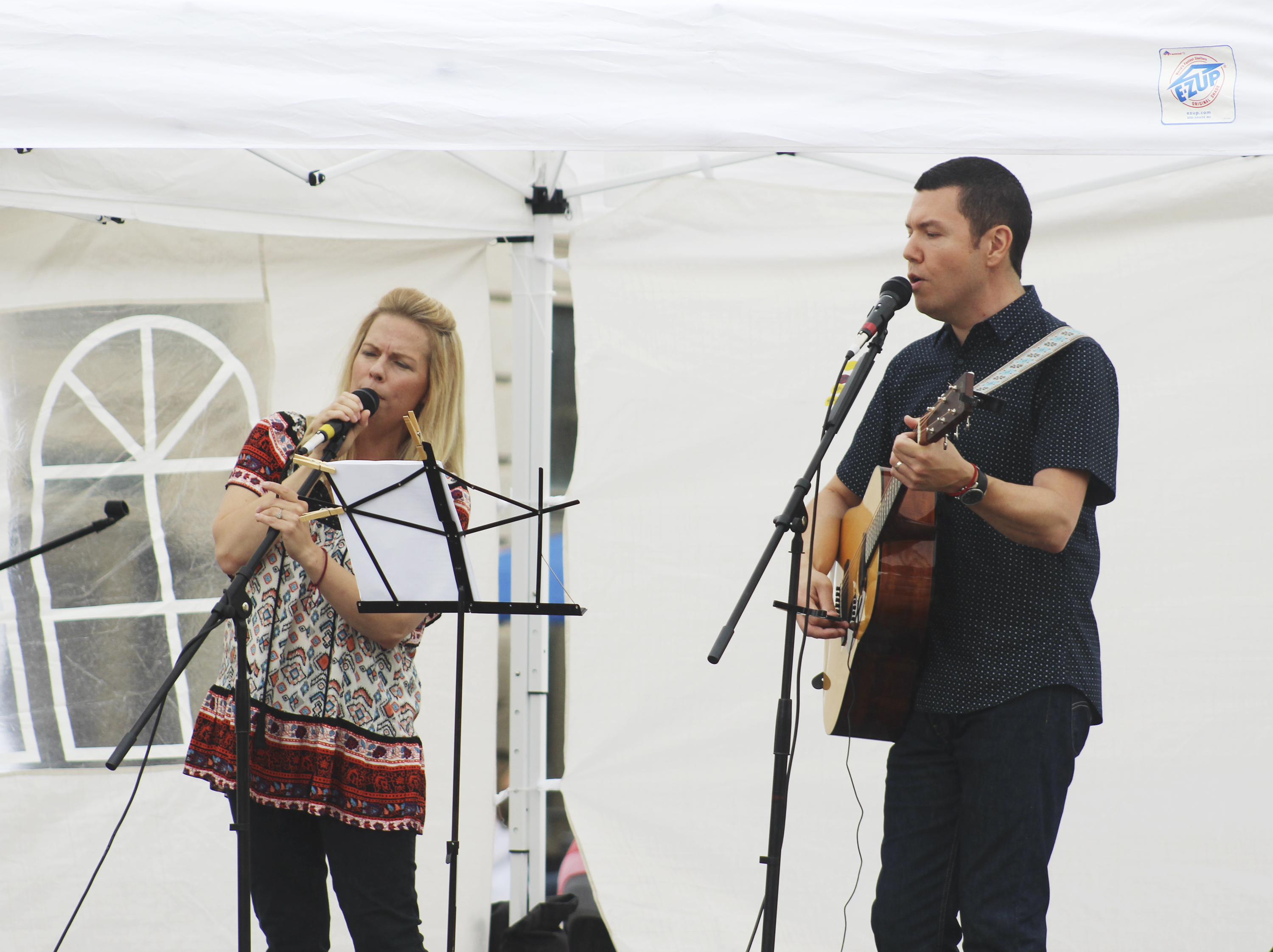 Easy Heart performs during the first Wind Down Wednesday of the summer in June. Sarah Stultz/Albert Lea Tribune

They were their own wedding entertainment.

“Easy Heart” came to Aaron Winter several years ago, when he was looking to start a different band.

“I wanted to call it Easy Heart, kind of like, it was during the alternative country type of revival that kind of happened at that time, just to write about love and sadness and, you know, kind of wearing your heart on your sleeve and having an easy heart,” Aaron Winter said.

He has been in bands since 12 years old, growing up with his mother’s record collection and a love of guitar bands.

“I just was obsessed with (music),” Aaron Winter said. Songs would create a new landscape in his head that he could get lost in.

Ariel Winter’s music background came more from choir experience and singing in weddings, she said. She started choir in middle school and was encouraged by her teachers. Music became a safe place.

“It was just such a therapeutic thing for me, I guess,” she said.

Her dad’s side of the family also had a polka band, and her parents sometimes threw her into a performance.

In 2016, Aaron and Ariel Winter were asked to play for the 2016 Rally for Civility, an event arranged as an alternative to Ted Nugent’s performance at the Freeborn County Fair. With the tense political atmosphere and environmental intensity at the time, Aaron Winter said their music was a good outlet for their feelings.

“I felt like that’s what everybody needed at that point, too, was music … no matter what you believe politically, as a way of kind of trying to bring everybody together … I felt like we had to sing, at that point,” Ariel Winter said.

Around the same time, a friend of the couple was diagnosed with cancer. He liked to play guitar, so the couple began doing performances with him to keep him energized and give him purpose, Aaron Winter said.

“He passed away about a year ago … but we kept playing ,” he said.

Ariel Winter marks the 2016 rally as a kind of catalyst for the duo. Over the summer, Easy Heart performed at Wind Down Wednesday, Thursdays on Fountain, Freeborn County Fair, the Interchange and the Story Show. Aaron Winter said it has been good to be a part of the things that are creative, artsy and cultural in Albert Lea.

“Albert Lea is limited on its art resources, so if that’s our contribution to little old Albert Lea, that’s great, you know?” Ariel Winter said.

Now, Easy Heart’s ideal momentum is more of the same, Ariel Winter said. The pair will use the winter to come up with new material so they can start fresh with summertime gigs. Because they live together, they can practice whenever they want.

“We’re not afraid to criticize each other — in a good way — … because we know each other so well,” Aaron Winter said.

They are also aware of each others’ vulnerabilities. For Aaron Winter, that was building confidence in his singing.

“He had a little bit of a complex there that we worked on together,” Ariel Winter said. Now, she’s building up confidence on the keyboard.

“We love music,” Aaron Winter said. “We have an undying, unquenchable love for music.”