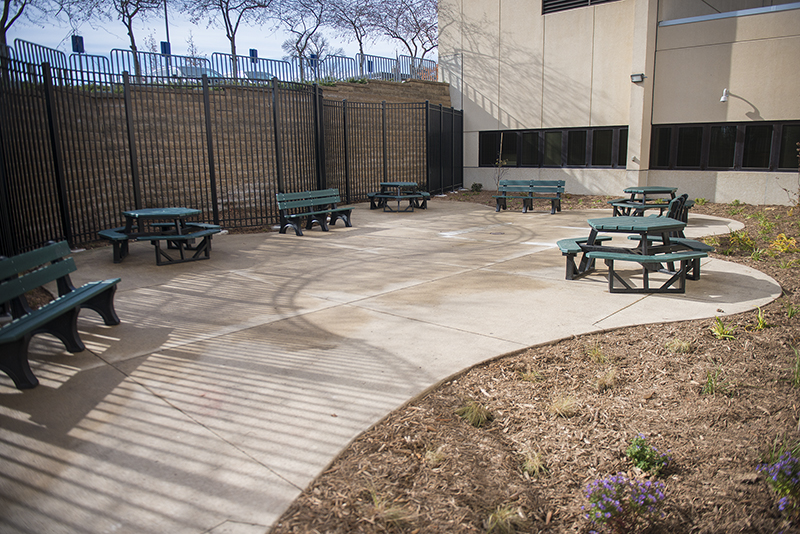 Inpatient psychiatric unit to open to patients next week

An open house signifying the $2.5 million renovation project at the Albert Lea hospital and the opening of the unit will be from 4 to 6 p.m. Thursday at the hospital, 404 W. Fountain St.

The one-floor department on the lower level of the hospital is in space that used to be part of Fountain Centers. It consists of 16 Americans with Disabilities Act-approved private patient rooms with bathrooms and beds. The spaces are designed in a way to prevent patients from engaging in self-destructive behavior by featuring shatter-proof glass and built-in window blinds, and they all feature views of either Fountain Lake or a secure courtyard on the south side of the unit. 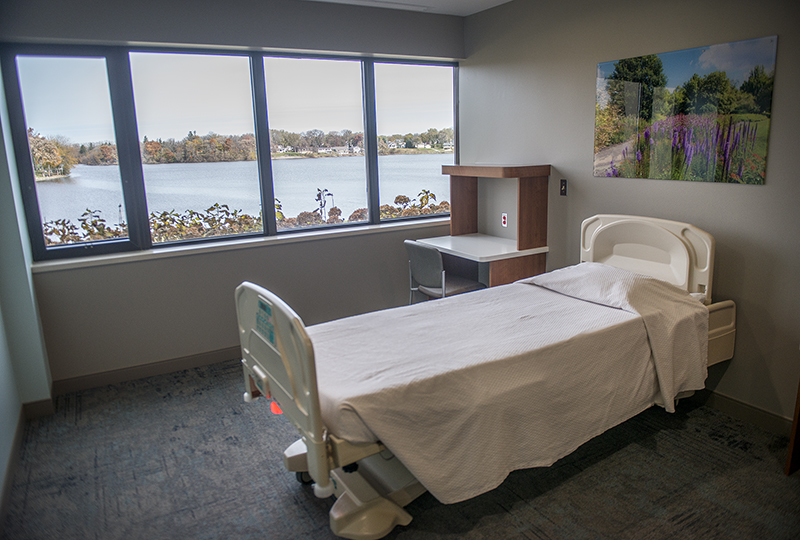 The private patient rooms all feature either a view of Fountain Lake or of a new courtyard. – Colleen Harrison/Albert Lea Tribune

An exercise area, large-group activity space for yoga and other activities, common space overlooking Fountain Lake, a quiet area for reading and therapy, two consultation rooms where patients will be able to video conference, secure space for staff and a secure outdoor area featuring seating areas and container gardening will be available.

“This feels more residential,” said Kris Johnson, Mayo Clinic Health System associate administrator, during a tour of the building, comparing the unit to other types of inpatient hospitals.

The unit will include two secure patient seclusion rooms, expected to be used by the estimated 1 percent of inpatient psychiatric unit patients experiencing escalating situations, according to the hospital system. The department is expected to bring 40 jobs to the hospital, including at least 25 full-time equivalent nursing positions. 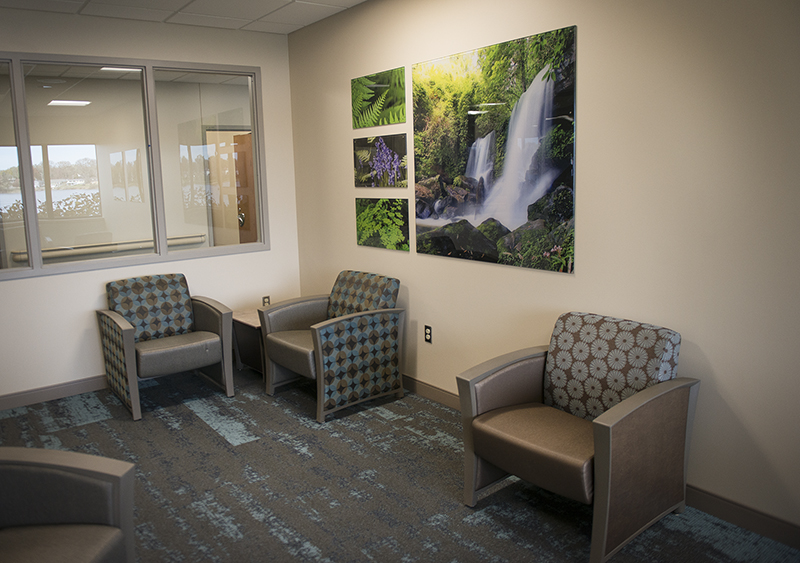 The positions are expected to be staffed from employees who have worked at Albert Lea and Austin hospitals.

“The Austin staff are on board,” said Sumit Bhagra, medical director of Mayo Clinic Health System in Albert Lea and Austin. “And I think many of them have chosen to pick up the jobs here and move to Albert Lea.”

A majority of patients will be local, with others coming from throughout the state, according to the hospital system. Patients who are not from the area are not expected to remain in Albert Lea after being released.

The hospital system estimated it has had to turn away 70 percent of potential inpatient psychiatric patients because of a shortage of space.

The Albert Lea inpatient psychiatric unit is expected to house a greater number of patients than Austin. At the Austin hospital, there are 14 inpatient psychiatric unit beds, but because of the number of semi-private rooms the facility has — limiting the number of patients the unit can house — the average daily patient population has been 10, said Mayo Clinic Health System Operation Administrator Greg Davis. 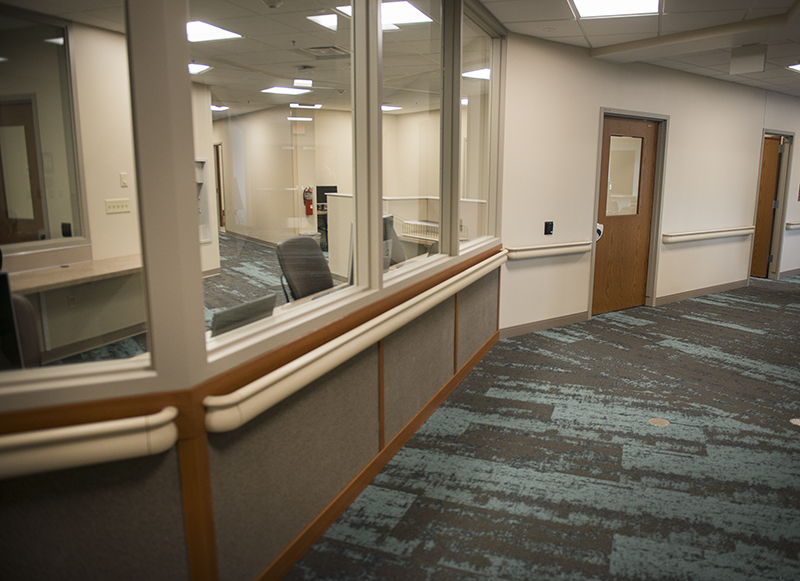 The space is designed in a way to prevent patients from engaging in self-destructive behavior by featuring shatter-proof glass and built-in window blinds. – Colleen Harrison/Albert Lea Tribune

“The No. 1 reason we aren’t able to admit a patient now is that we don’t have a private room available for them,” he said. “So, going to a unit with all private rooms will eliminate that as a reason why they can’t be admitted. And so that will, I think, increase the number of patients that we’re able to admit as well as the volume of patients that we serve each year.”

Patients expected to be admitted into the unit are those suffering from acute medical situations surrounding anxiety, depression, bipolar disorder and other conditions.

“The mind and body are two sides of the coin,” he said. “And we tend to glorify medical care for physical conditions, and yet somehow stigmatize mental conditions. This is an area of great need. When we do community assessments, we find that this is in the top three areas that communities want. It is true that some of the patients that come in here have active psychiatric issues, but they do not pose a danger to the community. 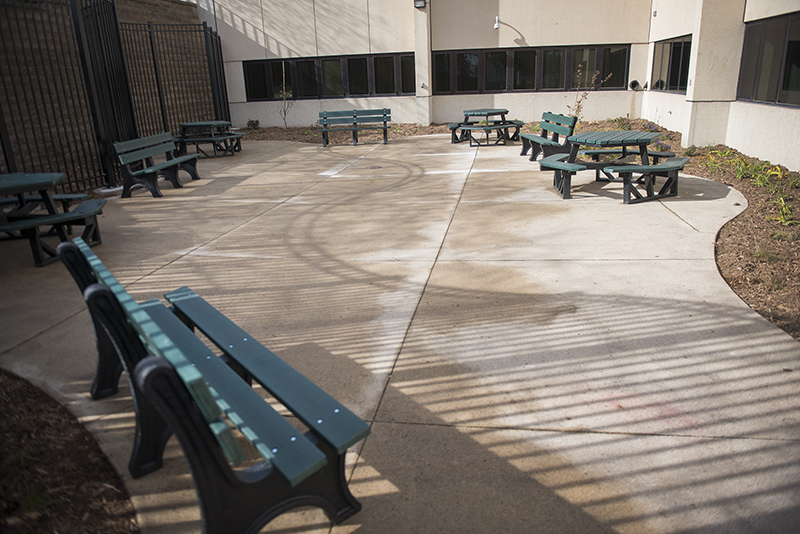 “In fact, we use the beautiful surroundings of the medical center here to facilitate their healing process, use our teams that help them come back to normalcy and be able to lead a normal life.”

Davis said it is a good thing Fountain Centers and the inpatient psychiatric unit will co-locate.

“A lot of our patients have challenges with both (mental health and substance abuse), and so being able to have both groups together is going to, I think, be better for our patients,” he said.

An estimated one out of five Minnesotans have mental health disorders annually.

Bhagra said Albert Lea has health care services not available in similar-sized communities, even as the hospital system transitions most inpatient services to Austin. He noted the Albert Lea facility still has an “excellent” Cancer Center, radiation oncology, hyperbaric medicine, dialysis and wound care not available in cities with similar populations not served by Mayo.

“Based on the stigma, the bias, the way that people view mental health services, they somehow feel it’s not a real hospital,” he said of the inpatient psychiatric unit. “It is. And I think we are offering great services. If you look at the 23-mile radius, you are going to have everything available that a community needs.”

According to the hospital system, the average stay for inpatient psychiatric patients is six days, longer than the two-to-three-day average span for intensive care unit patients.

The Naeve Hospital Auxiliary donated $20,000 for artwork for the building, meant to provide a welcoming atmosphere for patients.

To Bhagra, the inpatient psychiatric unit will be worth the investment.

“The end product justifies — when people see it built, such a nice facility — all of the change,” he said. “All of the upheaval has been worth it, for our patients as well as our staff.” 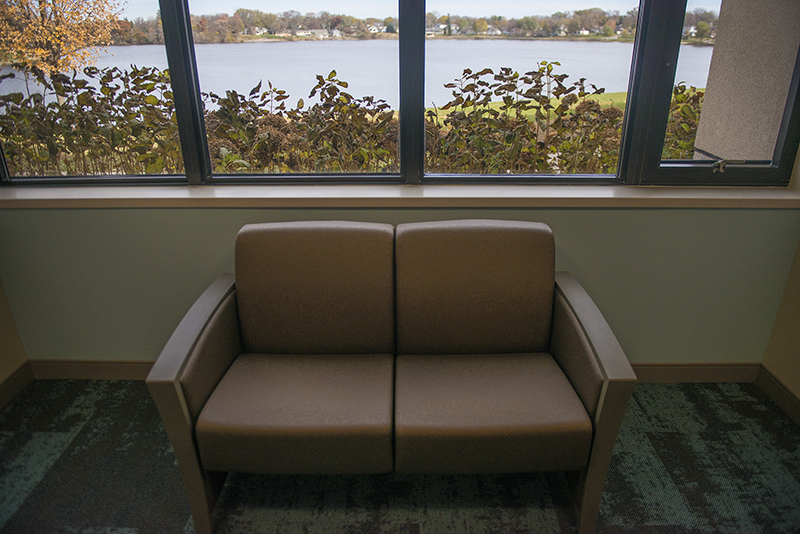 Rooms feature either a view of Fountain Lake or of a new courtyard. – Colleen Harrison/Albert Lea Tribune