‘Football is the greatest sport ever’ 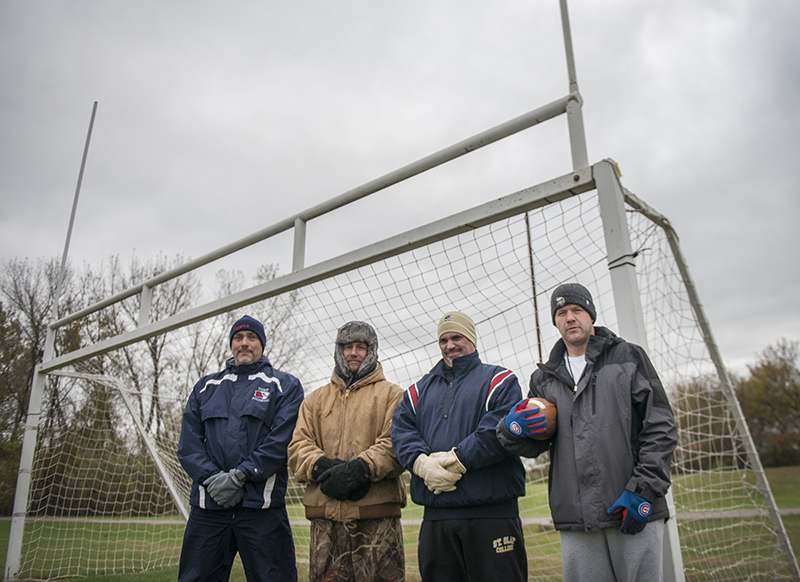 Being a high school head football coach can be a roller coaster of a job. Taking praise for the team’s triumphs and hearing criticism for the missteps, all while trying to manage the ins and outs of a football team can be an exhausting process.

One of the biggest assets a coach can have at his side is a set of passionate assistant coaches. Often the unsung heroes of the sidelines, assistant coaches are pivotal in not only the success of the team, but also the development of young players as they prepare for life beyond high school. Albert Lea’s assistant coaching staff goes above and beyond the role of football coaches by teaching players lessons student athletes can apply throughout the rest of their life.

Ott, a 29-year coaching veteran, said it’s the love of the game that keeps him coming back.

“Football is the greatest sport ever,” Ott said. “It’s a true team sport that builds character and builds discipline in kids … You hear a lot of people say ‘kids these days’ because of whatever — encourage those kids to come out for football. It’s going to help them grow in so many ways.”

Bitz said teaching them to work hard is one of his biggest goals. He said being in sports in high school is a great way for children to learn how to become an adult and what it takes to actually become successful.

“Honestly, football is just a game,” Jeffrey said. “These guys are here to learn, come to practice on time and be committed, dedicated. They’re going to have to overcome things all the time. They see that now, in the classroom, and out here. When they move on in life those traits are going to translate and that’s the best part. That’s why I’m here, to teach life lessons, and football is a great avenue for us to do that.” 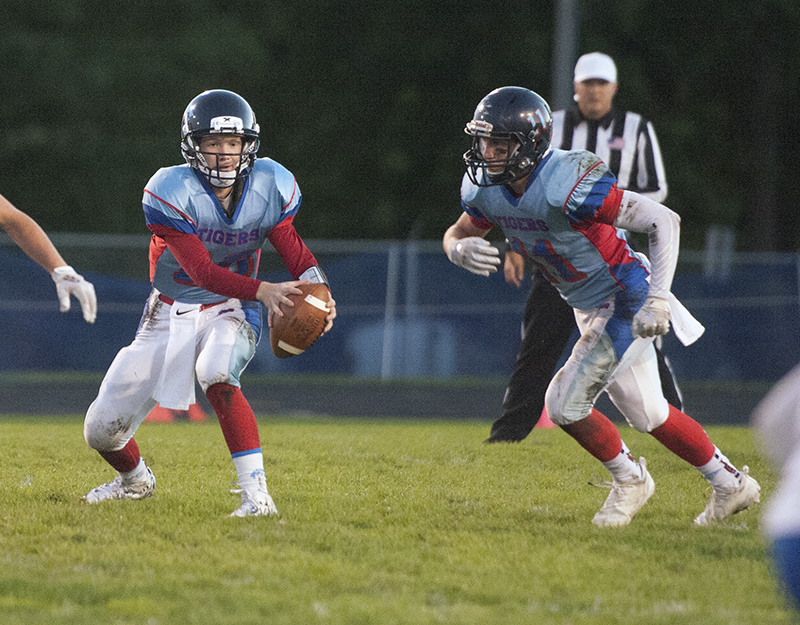 Kuipers said his favorite part about being an assistant coach is getting to know the players on a personal level. He said being able to bond with them over something they all have a mutual love of is special.

Bitz talked about what it’s like to develop those relationships with the team.

“I want my players to learn those lessons, but know that I’m there for them as well,” Bitz said. “We’re also a support staff. You never know where some of these guys are coming from or what their home life is like. For them to know that they have other adults that are there for them and can help them is pretty big.”

The support system isn’t a one-way street, either. All the coaches said they feed off the players’ energy just as much as players do from them. Jeffrey talked about getting picked up by the players when one of them is having a rough day.

“Sometimes it’s difficult to come out here as an adult,” Jeffrey said. “There’s lots of things going on in life, and maybe you have a bad day at work, and these guys will pick you up. They help us, they energize us, too. It kind of goes both ways, and I like that a lot.”

They said there biggest challenge as an assistant coach is balancing their game life and home life. Having family at home makes if difficult for them to spend so much time coaching, but they said head coach Corey Black has been very accommodating, allowing them to take off when they need to.

“That’s the hardest part for me, is my family time,” Kuipers said. “I get up at 2:30 a.m. to go to work so I can be done and to the field by 2:30 for practice. Then I go home to spend time with my family all before they go to bed and that can be challenging sometimes.”

Despite the challenges, these coaches continue to be on the sideline, not only because it’s a game they love, but because they know they have the ability to positively shape a young athlete’s life forever.

“Just getting the chance to work with these kids every day is great,” Ott said. “They’re good kids and they come out and work hard for us, and that’s pretty rewarding already. The win and loss record maybe doesn’t show what it could show so far this year, but we’ve got potential for four games left here, and I’m looking forward to see how they react to their first win and how they move on and build on it.”