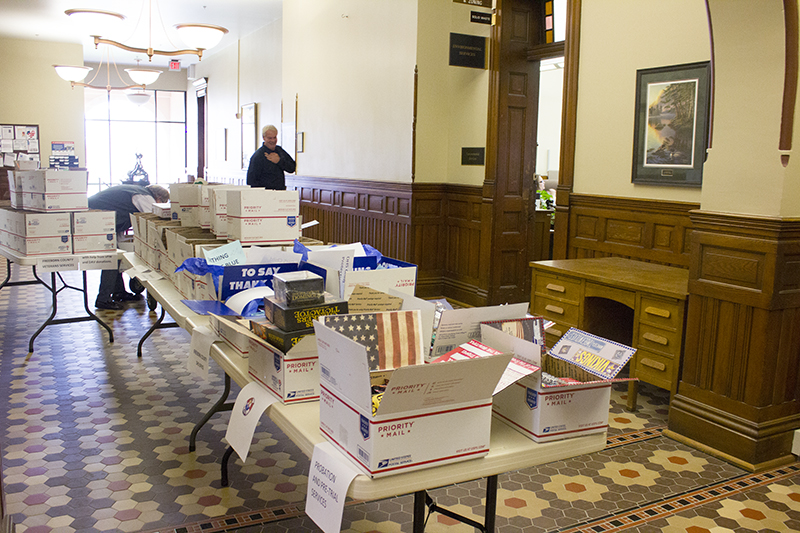 The items that filled more than 100 boxes were collected by county employees during a campaign beginning in September, including an assortment of candy, books, flags and other care items.

The boxes are expected to be sent next week and be in the hands of troops by Thanksgiving.

The idea was suggested by Freeborn County Administrator Thomas Jensen during a leadership meeting.

“Our goal was to get them together, certainly before Veterans Day,” said Freeborn County Veterans Services Officer Ron Reule. 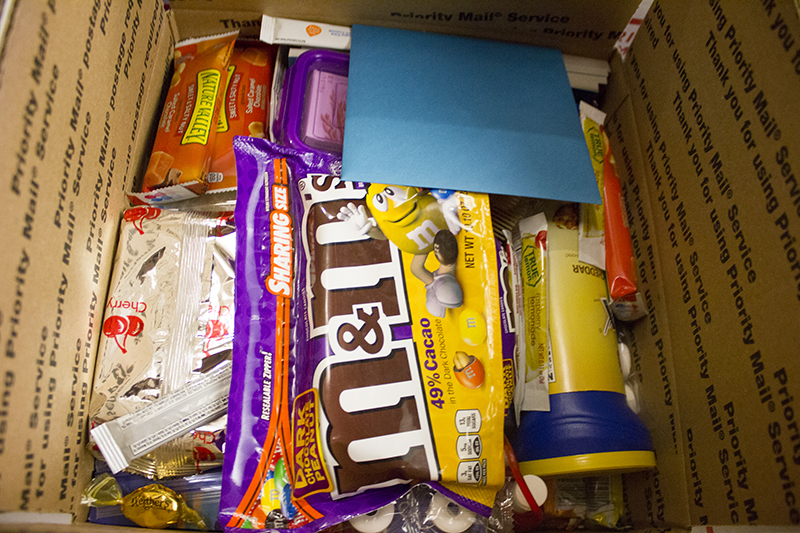 The items that filled more than 100 boxes were collected by county employees during a campaign beginning in September, including an assortment of candy, books, flags and other items. – Sam Wilmes/Albert Lea Tribune

Leftover items are expected to be sent to either Walter Reed National Military Medical Center or the Wounded Warrior Project in San Antonio, Texas.

Reule, who spent 26 years in the Army serving part of his service time in Afghanistan, spoke highly of the effect donated care items have on troops.

“It’s nice, especially with the holidays coming up,” he said.

“It’s nice to see the red, white and blue when you’re in the middle of nowhere,” he said.

Freeborn County Board of Commissioners Chairman Chris Shoff said the donation was “just a wonderful project,” adding it brought county employees together to support the troops.

“We’re always supporting the troops in this community,” he said, noting there was a battle flag and monument outside the Government Center symbolizing the county’s support of the military.

“Just another example of this community coming together to support the troops.”