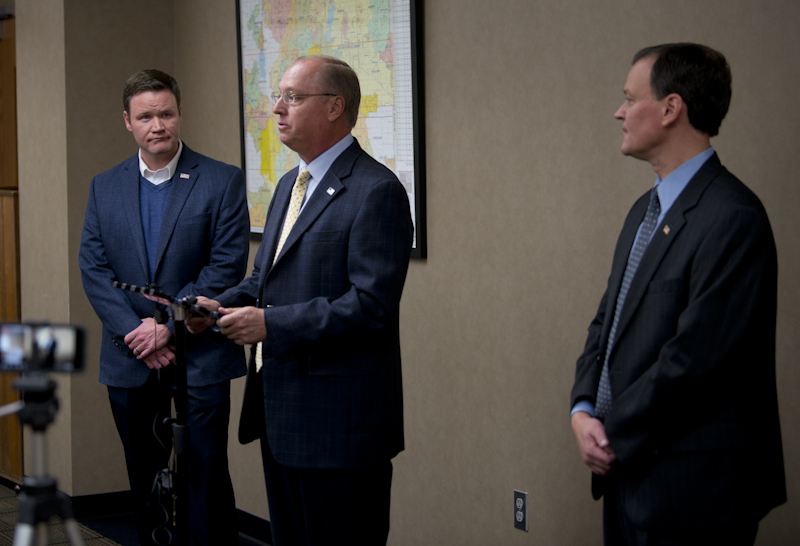 The visit concluded with an approximately 20-minute question-and-answer session with reporters at the Freeborn County Government Center.

Freeborn County began housing ICE inmates in 2009. The contract is estimated to have brought in $19.76 million in revenue since then, with costs offsetting some of that. The deal sparked a protest in late June in front of the Government Center, with some participants calling for the abolishment of ICE.

“We’ve got space and it offsets revenue,” Freitag said of the agreement.

“We share information with (the federal government) daily. I think that’s important.”

Wardlow, who is battling former Democratic National Committee Chairman Keith Ellison for attorney general, said the Criminal Law Division of the Attorney General’s Office needs to be rebuilt due to policies from prior officeholders.

Johnson said the influx of methamphetamine coming from Mexico raises the concern of whether Minnesota will become a sanctuary state if Tim Walz wins the governor’s race.

He claimed achieving that status would “harm Minnesota.”

Thousands of Central Americans are seeking entrance into the U.S., stating they are fleeing violence and seeking better homes for their families. The issue has been polarizing nationally, with mixed opinions on whether they should be allowed entry. 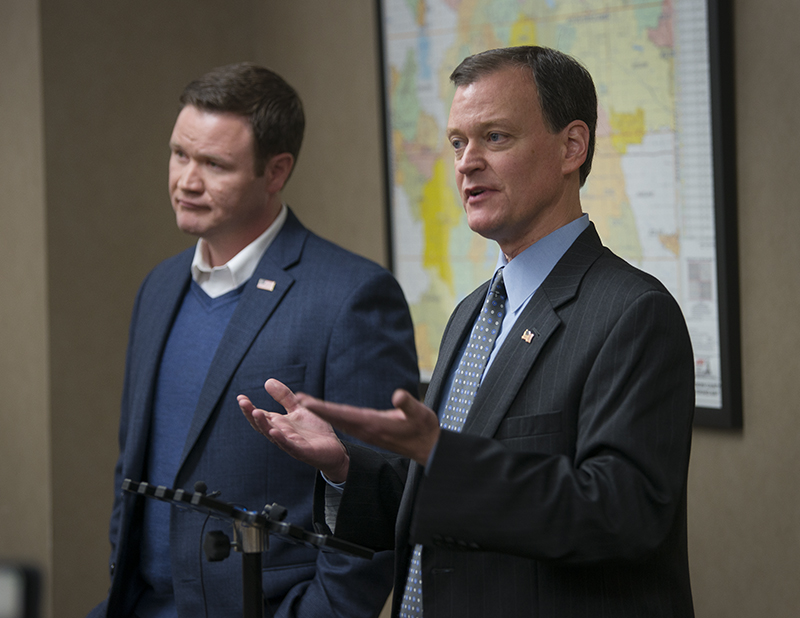 Johnson said the government is already having a hard time taking care of U.S. citizens without the influx of immigrants from that area and expressed concern that some of the people seeking refuge are not good people.

He called the deployment of the National Guard to address the situation “appropriate,” promising to consult with unit leaders on the issue if he is elected.

Hagedorn said he was there to support Johnson and Wardlow, adding he believes in merit-based immigration and restoring the rule of law.

“Sheriffs need to stick with the laws in place,” he said during the question-and-answer period.

Freitag said if Minnesota was ruled a sanctuary state, it would likely not have a major local effect because he does not expect the Sheriff’s Office to cancel the ICE contract.

Freitag said undocumented immigrants reporting crime should not feel in danger even if the state is not a sanctuary state, adding Sheriff’s Office deputies do not ask the legal status of alleged victims who are reporting crime.

“The way we operate, it’s not a valid concern,” he said.

At one point during the tour, Johnson, Hennepin County District 7 commissioner, said the ICE program was more polarizing in his home district. Freitag noted his belief of differing attitudes in Freeborn County, with extensive support for the contract.

“Freeborn County is an awesome county,” he said.

Freitag, who is running unopposed for his second term as sheriff, discussed facility details, adding it is mainly a men’s facility with some women being held pre-trial.

A majority of inmates in the Freeborn County jail are estimated to be ICE detainees. The county’s 44 detention center employees assist in enforcement.

Freitag said the county once had 105 ICE detainees in its facility, with lows of 23 to 25 inmates.

Freeborn County is one of five counties in the state to have a federal contract to house ICE inmates, a list that also includes Sherburne, Carver, Nobles and Kandiyohi counties.

Within the last few years, Freeborn County increased its per-diem revenue for each detainee from approximately $77 to nearly $96.

The officials discussed the mental health crisis in jails during the tour. Freitag said there are inmates in jail who should not be there because of mental health conditions, including one offender who sometimes smears feces on his body.

“That is 100 percent true,” he said of the mental health crisis in jails.

“We flat out need facilities,” he said.

Johnson said though he believes state government is spending too much money, he feels additional investments in drug treatment and mental health fields could be appropriate.

Freitag called for the number of South Central Drug Task Force Unit workers to be increased from four to eight.

He discussed the two programming positions at the detention center,  jobs meant to reduce offender recidivism rates and teach skills they will be able to use once they are released from custody.

During the tour, Freitag also spoke of difficult work dispatchers undertake. He called it the hardest county job, adding it has a 65 percent attrition rate.

Of recent mail bombs sent to prominent Democratic leaders and actor Robert De Niro, Hagedorn said violence is not acceptable and called on voters to prove any points at the ballot box. 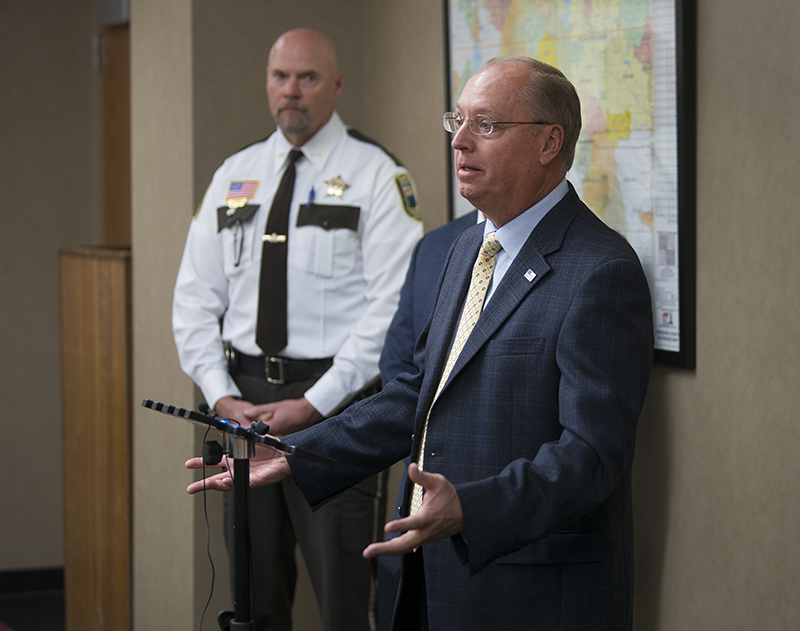