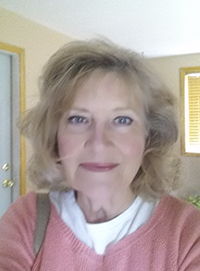 If you do, then the 90-minute comedy/musical showing on Broadway in Albert Lea through Saturday will entertain you with 20 musical vignettes. The show will highlight some of the foibles and quirks of musical productions. Though the music will sound familiar, the humorous lyrics will not.

The cast of just 10 area actors will skillfully change roles to present nearly 20 musicals. Rory Mattson, a seasoned director of dozens of plays, takes advantage of the exceptional singing talents and personalities of his performers. The scene changes are seamless, with one simple set and clever costume changes and additions: hats, masks, capes, wigs, crazier wigs and period touches like go-go boots. The musical accompaniment by three musicians is excellent throughout.

The revue takes the audience through decades of musical performances, and some are true oldies. Audiences will enjoy Rachel Cole’s accurate voice and mannerisms as Liza Minnelli and Carol Channing. Even Carol Channing admits her Dolly Levi role is quite stale! Also stale is Annie, who is now 30 years old and needs a comeback role! Ethel Merman, with the big voice of Jillian Malepsy, decries weak voices that now need microphones to belt out songs.

Of course some musicals are performed because they are the standards — “West Side Story,” for example.  Hmm, was that Rita Moreno or Chita Rivera? In this play, “Fiddler On the Roof” becomes less about history and more about the ambition of the actors.  This ensemble performance of the cast is a highlight in the show. And since it’s artistic to suffer, “The Phantom of the Opera” and “Les Miserables” are frequently performed, with their memorable music carrying audiences through their sad plots.

So is the musical genre dead or dying?  Heavens no!  “Mama Mia,” “Rent,” “Wicked” and “Hairspray” are carrying musical theater forward. Yes, it’s disco, John Travolta in a dress, “The Wizard of Oz” (sort of), and stories about lovesick people not making ends meet, but how sad can that be when the music and acting are just so darned enjoyable! This show is proof that the medium can be greater than the message. Everyone knows musicals are often hammy, sad, overwrought, long and complicated, but the music is just superb, and “Forbidden Broadway” will have you tapping your toes and smiling!

Cindy Fjermestad retired in 2008 after 36 years teaching students at Southwest Middle School, Albert Lea High School and Area Learning Center.  She is devoted to her hometown and volunteers time at Naeve Hospital gift shop, the Fountain Lake bookstore and ACT box office. She likes to read and travel, and is happiest with her children and grandchildren.