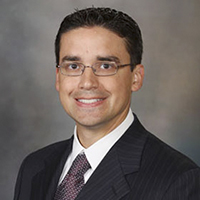 Several years ago I was asked to meet with a woman in the emergency department of our local hospital. She was distraught, overwhelmed and had been brought in by friends after she confided that she had been contemplating suicide. She knew nothing about mental illness and sheepishly admitted that she thought it was something that happened to other people not her. As we talked, it became clear that these feelings were relatively recent and began after her son’s death several months before. During our interview she focused on her son and the tragedy of his death. He had been a great student, well liked and apparently quite happy for most of his life. However, in the year before his death he had become more withdrawn, irritable and “angry all the time.” He would argue more with her and his father, and the night of his death they had grounded him after one of their weekly disagreements. That night, in a state of extreme agitation, he took a lethal dose of pills from the medicine cabinet and passed away several hours later.

A large study followed one generation of New Zealanders, all born in the same town, from birth to midlife. It consisted of in-depth check-ins every few years to assess any evidence of mental illness. They found that if you follow people over time and screen them regularly using simple, evidence-based tools, the percentage of those who develop some form of mental illness was around 80 percent. Many of these individuals had very minor episodes of illness that resolved on their own but this study speaks to the fact that episodes of severe anxiety and depression are much more common than we think. In an article for “Scientific American,” the authors of this study argue that illness of the brain should be viewed like illnesses of other organs. For example, the lungs are assaulted by viruses and bacteria all the time and most of the time these are fought off and handled well by the body’s defenses. Similarly, every day millions of individuals handle the onslaught of life’s emotional stressors with hardly a thought. However, occasionally an assault is so extreme that the organ gets overwhelmed and the person feels ill. Medical attention might be needed and in severe cases even hospitalization.

Like other organs of the body, our brain is remarkably resilient, but like the other organs it is not indestructible; furthermore, some individuals are born with genetic conditions that can make them more prone to illness. Many worry that we will over medicalize natural human suffering. In June of 2018, the Centers for Disease Control and Prevention reported that 54 percent of Americans who died by suicide had no known history of a mental health disorder diagnosis prior to their deaths, but the vast majority had reached out to family and friends in the months prior to the suicide. Medical professional are trained to screen for illness and recommend the appropriate treatment. As they are trusted with helping you know when your common cold needs more than the standard time and rest, they are here to help our communities navigate the complexities of mental illness to steer patients to the right treatments at the right time.

Dr. Tyler S. Oesterle is a senior associate consultant in the department of psychiatry and Psychology at Mayo Clinic in Minnesota. He also serves as medical director of the Fountain Centers Chemical Dependency Treatment Program in Albert Lea.