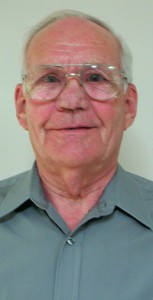 It has been nearly 17 months since Mayo Clinic dropped the bombshell news that it was planning to transfer major services from our hospital in Albert Lea to the hospital in Austin. Those services included inpatient surgery and childbirth (in recent years about 400 births per year took place in our hospital in Albert Lea). These plans were hatched in secret without any of our community leaders being included in the discussions. It’s hard to believe Mayo management would be so unmindful of how their decision would have a major impact on the future of Albert Lea and its citizens. On second thought, maybe they did think about that, and that’s why they chose to make the decision in secret. In any event, that decision was certainly not in keeping with the assurances Mayo leaders gave at the time they were courting leaders in our community to let them take over our hospital and clinics.

More than 700 citizens from Albert Lea and the surrounding hospital service area attended a meeting at the high school auditorium to hear Mayo representatives announce their plan and the timetable for the moves. I think it’s safe to say everyone in attendance was shocked at the news. For me, that one hour shattered all the trust I had for Mayo dating back to the assurances given in the 1990s. On reflection we probably should not have been surprised — for we were not the first community to receive such treatment. A few years earlier, similar downsizing treatment was imposed on Fairmont’s hospital. The changes imposed on our hospital mean that Albert Lea is now the largest city in Minnesota without a full-service hospital.

It took less than a month after the meeting in the high school auditorium for a citizen movement to take root whose purpose was to seek a change of heart on the part of Mayo Clinic. We were a group with a mission to “Save Our Hospital.” We began meeting weekly on Sunday evening at the American Legion with nearly 150 concerned citizens in attendance. We really believed we could save our hospital by persuading Mayo they had made an unwise decision and that it should be reversed. We reminded them of promises made by Mayo leaders when we agreed to our Naeve Hospital medical facilities being taken over by Mayo. We also reminded them that citizens of Albert Lea and the surrounding medical service area contributed several million dollars toward construction of the new clinic building. Mayo leadership was unmoved by our efforts and did not offer even minor revisions to their plan. I believe they thought we would finally give up. After all, they have a monopoly on health care in all of southeastern Minnesota, so what else could we do. Well, they were partially correct.

We realize now that they are not going to restore any of the services they are transferring to Austin, and they are not going to give our hospital back to us even though we gave them the substantial equity our community had built up in the health care facilities in Albert Lea. We agree that Mayo is a world class medical institution, as we did nearly 30 years ago. They, however, have changed. They told Albert Lea that these drastic changes were necessary because our hospital was losing money, but declined to share detailed financial records to prove that assertion. They seem indifferent and uncaring about the fact that healthcare in southeastern Minnesota is as much as 30 percent higher priced than it is in the metropolitan area. This means that workers and their employers in our part of the state are severely disadvantaged. What ever happened to “The patient comes first?”

Well, we at Save Our Hospital have given up the hope that Mayo would join us in seeking a solution to the rural health care dilemma evidenced by our crisis here in Albert Lea, but we have not given up on the idea of being participants in seeking a solution to a problem affecting most of rural America. In the course of working on our efforts to persuade Mayo to reverse its decision, we have discovered new and innovative ways other communities are dealing with problems similar to ours.

To express our positive, forward-looking goal, we have changed our name to “Save our Health Care.” This has nothing to do with Mayo Clinic, but everything to do with Albert Lea being in charge of its own destiny. In the process, we will be involved in a national effort to reshape health care in a way that best meets the needs of rural communities like ours. The change in our group’s name reflects the broader, positive goal we have of participating in the search for solutions that best meet our needs, rather than the needs of a large corporation’s profit model. We believe we in Albert Lea should have an important part in determining the level of care available to our citizens. We believe innovative solutions can reduce the cost of health care in our medical service area by as much as 25 to 30 percent. That is an exciting prospect and is one of the drivers of our forward looking efforts.

To that end, we have retained a consulting firm to help us first to determine if this level of savings is realistic, and if so, how to proceed to the next level. None of this would be possible without outstanding local leadership and widespread community support. That support includes the dedicated group of citizens that continue to meet every other Sunday evening at the American Legion, as well as the large number of supporters that contribute funds to support our efforts.

Our steering committee met with the producer and film crew producing a film about the changing nature of health care in the United States. Their filming is taking them across the nation and they spent several days filming here in Albert Lea. They said the changing nature of health care is quite similar, but they found one thing is quite different here and that is our positive determination to participate in finding solutions that best fit our needs. The film they are producing is a comprehensive effort to explore in depth the healthcare challenges effecting most of rural America.

I hope everyone in our medical service area will support our efforts. This is not an effort to discredit Mayo. It is an effort to ensure that our city will continue to have the full service medical care it must have to remain the vibrant community it is. We gave up control of our medical services to Mayo nearly 30 years ago. We now realize we made a mistake. Our efforts are dedicated to regaining control, or at the very least a seat at the table when major changes are made. To that end we hope you will attend one or more of our public meetings held at the American Legion on North Broadway on the first and third Sunday evenings each month at 6 p.m.

Paul Overgaard is a part of the Save Our Health Care organization.