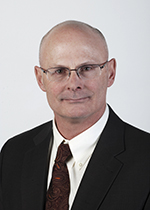 I love to hunt pheasants. Walking through the grasslands, watching the passion of hunting dogs pursue a rooster, busting birds out of heavy cover, and seeing autumn turn to winter — these are experiences  that rejuvenate my spirit. The opening of the 2018 pheasant season is a very exciting day, indeed.

I was surprised when this year’s pheasant counts showed a statewide 19 percent increase. I feared that the wet spring and early summer would have pummeled pheasant numbers for the year. Sometimes pheasants are more resilient than we give them credit for.

But I should hasten to add that the state has helped immensely over the last eight years in creating and improving pheasant habitat. For pheasants — like all our wildlife species — habitat is key to sustainable populations. And for pheasants, that especially means grass and wetlands.  That is equally important for white-tailed jackrabbits, prairie ducks, meadowlarks, grass-dependent bird species like bobolinks, pollinators and a host of other species.

Over the last century, we’ve seen an inexorable decline in grassland habitats. That has caused a commensurate decline in most prairie wildlife species. Farm Bill programs — notably the Conservation Reserve Program — have given some short-term boosts, but we’ve lost nearly one million acres of CRP in the last decade.

Partly a result of Gov. Mark Dayton’s 2014 Pheasant Summit, and the subsequent DNR Pheasant Plan, we have had good success in getting more permanent cover on the ground for these prairie species.  Specifically, in the last eight years, we realized:

• Developed 9-square mile focus areas, where habitat conservation work will be concentrated. This will ensure the maximum benefit from public and private land habitat management, and create large complexes where sustainable wildlife populations can prosper.

• A new Conservation Reserve Enhancement Program that works with private landowners and will add 60,000 acres of permanent grass and wetlands in the pheasant range.

• The addition of at least 43,000 acres of Wildlife Management Areas — public lands for wildlife conservation and public hunting.  With conservation partners like Pheasants Forever, Ducks Unlimited, the Minnesota Deer Hunters Association, the Nature Conservancy and the U.S. Fish and Wildlife Service, many thousands of additional acres of permanent cover have been created, and are now open to public hunting.

Other programs administered by soil and water conservation districts, watershed districts, counties and nonprofit organizations will also increase habitat over the long term. Especially with the significant contributions from the Outdoor Heritage Fund (of the Legacy Amendment), the future will be brighter for Minnesota pheasants and hunters.

This kind of work takes time and patience, but when Mother Nature cooperates, the long-term prospects for pheasants, hunters and all prairie wildlife look good in Minnesota.

Landwehr is the commissioner of the Minnesota Department of Natural Resources.