Guest Column: The lasting impact of the Peace Corps in life 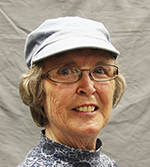 Learning new things as often as possible that could serve me in my goal of serving others is still a top priority in my life at the age of over three-quarters of a century.

Connecting spontaneously with a group or person can result in an interaction that may lead to entirely new positive connections and occurrences. While at the event, I responded with delight when a local fellow former Peace Corps volunteer and his wife, David and Clare Frame, approached me to share that the Minnesota governor is the first in the nation to declare Returned Peace Corps Volunteers Recognition Day on Sept. 22. The couple even asked for my email, so they could send me celebration details. I became increasingly grateful with the information they sent, as it led me to discover several other interesting happenings.

The small community of Plainview, with four volunteers selected from a population of 1,400, was specifically honored because it had a large percentage in the United States of volunteers accepted into the original Peace Corps, as well as a total of 12 people serving over the 57 years of Peace Corps history. A large marker was placed near another marker posted to honor military personnel from the region, located in a prominent corner of a city park.

With specific website information about the celebration from the National Peace Corps Association in Washington, D.C., I surprisingly discovered that the CEO of the organization would be flying out to be highlighted as one of the five speakers at the dedication. The others included the mayor of the town, the son of Ken Flies — a 1962 Peace Corps volunteer who served in Brazil and wrote a book about his experiences, and the grandson of Sen. Hubert H. Humphrey, who wrote the legislation establishing the Peace Corps in 1962. Around 100 people showed up, including about 30 returned Peace Corps volunteers from various states.

Besides wanting my husband to hear and discuss with me other views about how the Peace Corps could completely change both Peace Corps volunteers’ future lives, as well as have a global significance, I wanted to reconnect with CEO Glenn Blumhorst at the ceremony. My initial contact with him came several years ago by phone from Des Moines, Iowa. He located me due to various Peace Corps references in my Albert Lea Tribune Creative Connections column published over the past several decades.

Since he was on his way to a Twin Cities Peace Corps picnic, he offered to stop by Albert Lea with another D.C. staff member serving as a photographer. Both served as Peace Corp volunteers and were interested in discussing how returned Peace Corps volunteers now carried out their ideals, goals and experiences emphasized globally in the Peace Corps in their homeland communities.

We used the time to tour the Wintergreen Food Cooperative, walk the colored pavers to Monkey Island off of Lakeview Boulevard and passed by Mitch’s Gas Station, while discussing how each place was a community service project and improved by a pattern of persistence and patience I may have picked up during my service in the Peace Corps.

These interactions influenced me to set future Peace Corps-connected goals. I decided I’d like to see a Peace Corps memorial in Washington, D.C., for the several hundred-plus volunteers who lost their lives while serving their country. I also learn the NPCA has Peace Corps bumper stickers. I pondered what it would be like to have a bumper sticker on every car with a Peace Corps family or friend connection.

• What is your favorite Peace Corps memory?

• What is your proudest moment or accomplishment of your service?

• How has the Peace Corps impacted your life?

• What does the Peace Corps mean to you?

I brought this very thick and heavy directory to the Plainview dedication. I thought it a great privilege I would have an opportunity to see Blumhorst again and after a mutual greeting by him, he immediately asked to borrow the book for his presentation, for unknown reasons. When it came time for him to give his speech of the five people on stage, he raised the huge book high in the air and pronounced that it contained his entire speech. It sounded like most of his around 100 listeners laughed. This reminded me how important having a sense of humor is while serving globally for one’s country.

Listening to the speeches and speaking with some of the returned volunteers, including a couple from Woodbury, who also served in Venezuela, where I served, cemented the strength of the influence and lasting impact that being a Peace Corps volunteer had on each life for carrying out the idea of passionate compassion.