Guy Mark Oldfather, 74, of Kiester died Tuesday, Oct. 23, 2018, at Abbot Northwestern Hospital. A funeral service will be at 2 p.m. Monday at Our Savior’s Lutheran Church in Kiester. The Revs. Kris Ferkin and John Malm will officiate. Visitation will be from noon until the time of the service at the church. Interment will be in Walters Cemetery at a later date. Bruss-Heitner Funeral Home in Wells is assisting the family. To leave an online condolence, visit www.brussheitner.com. 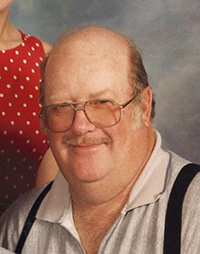 Guy was born April 15, 1944, and lived his entire life in and around Kiester. He was united in marriage to Catherine Renee Hamson on June 26, 1965, in Bricelyn.

Guy was a long-time employee of Kiester Implement, and after he was no longer able to work full-time helped his friend, Bruce Penning, on his farm. He enjoyed farming, antique tractor shows, playing cribbage, teasing anyone who was willing to play along and spending time with his grandchildren. He was a member of Our Savior’s Lutheran Church and Farming of Yesteryear.

He was preceded in death by his parents Lester and Ada Oldfather; brother, James; and two brothers-in-law, David Fethke and Bill Cupp.