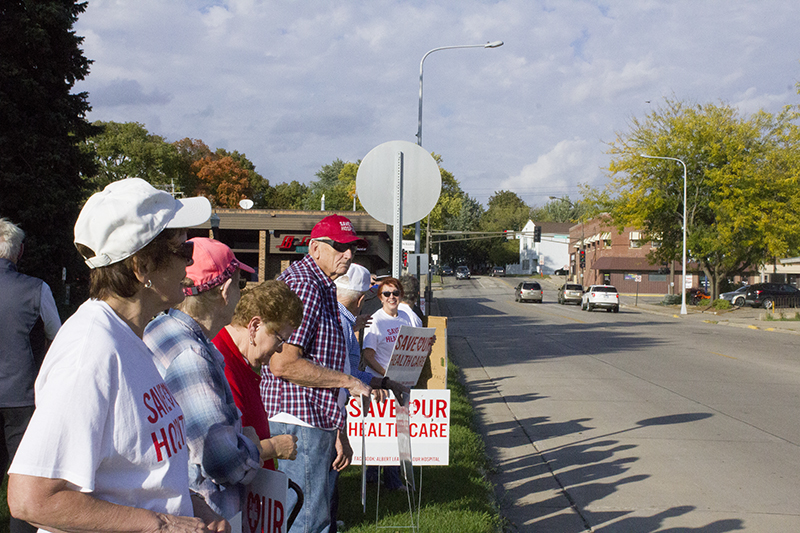 Demonstrators gather along Bridge Avenue Wednesday to commemorate Save Our Healthcare’s ongoing effort to regain services lost in the transition of most inpatient services from Mayo Clinic Health System in Albert Lea to Austin. - Sam Wilmes/Albert Lea Tribune

Save Our Healthcare marked its continued effort to bring a second provider to Albert Lea Wednesday by hosting a picnic and weekly demonstration.

Members stood along Bridge Avenue holding signs supporting their mission, and a picnic took place at the Albert Lea American Legion with live music. Save Our Healthcare members have hosted the weekly demonstration on Bridge Avenue for one year.

Pat Levisen said she plans to continue demonstrating in support of the organization.

“We believe in what we’re doing out here, and that’s why we’re out here,” she said. “We’ll still be here through the winter.”

The organization changed its name from Save Our Hospital last summer as it shifted its focus from getting Mayo Clinic Health System to return inpatient services lost in the transition of most inpatient services from Albert Lea to Austin to attracting a second provider.

Levisen acknowledged Save Our Healthcare might have to initially focus on a more limited service option than a full-service, acute-care hospital — the organization’s mission since Mayo Clinic announced the transition in June 2017. 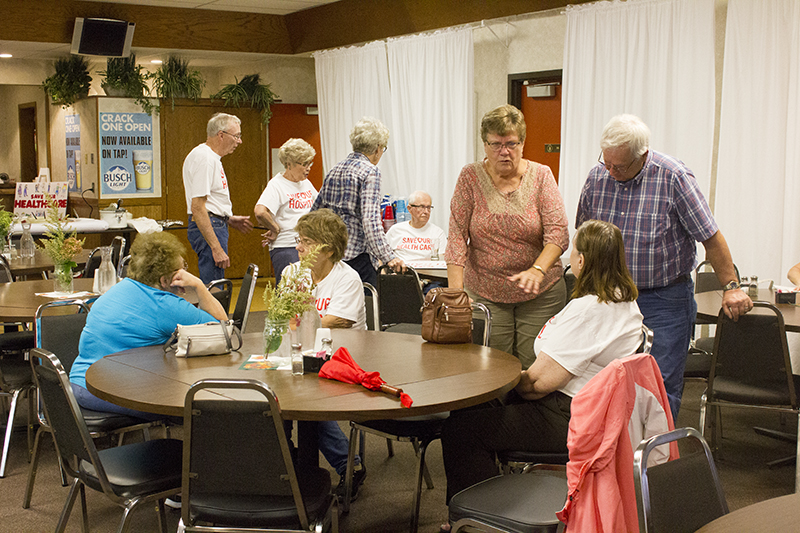 “(Mayo Clinic’s) not going to give us our hospital back,” she said. “And now there’s things that are happening in the clinics that the doctors might not be here too much longer. You never know.”

The organization also marked the one-year anniversary of the Rural Healthcare Coalition, an organization for communities in Mayo Clinic Health System’s regional footprint that advocates for patients who have lost services.

“We need health care here,” she said. “We’re a big town that should have health care. There’s so many smaller cities that have it, and we don’t have it.”

LouAnn Stoen, who has worked as a full-time nurse for 35 years, said she attended the demonstration along Bridge Avenue because the local health care system is “preposterous.”

“We need do better for our community and our citizens,” she said.

Stoen said she is “confident” the city will be able to bring in a second provider.

“I think that’s very hopeful,” she said. “I think our community leaders have been very good in supporting the situation and working hard, and maybe not a full-blown hospital, but something that would get people directed to the places that they need to go at a reasonable cost, reasonable timeliness.”