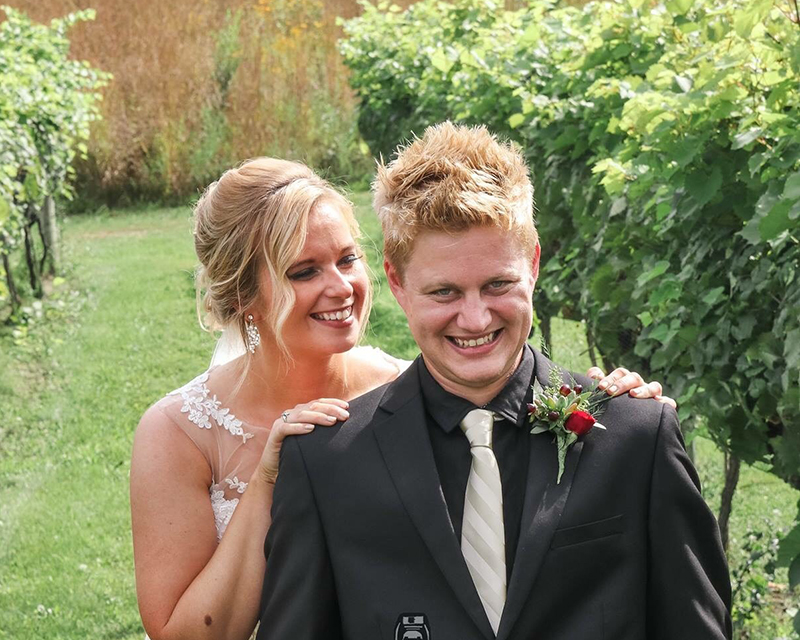 The maid of honor was Noelle Hagen. The best man was Corey Rahn.

The bride is the daughter of Angela and Robert Jackson of Albert Lea and granddaughter of Richard and Anita Sande and the late Leo and LaVonne Jackson, all of Albert Lea.

She is a 2007 graduate of Albert Lea High School and a 2010 graduate of Minnesota School of Business, where she majored in business and marketing. She is the dance director at Just for Kix.

He is 2007 graduate of Albert Lea High School and attended Mankato State. He is a postal carrier with the United States Postal Service.