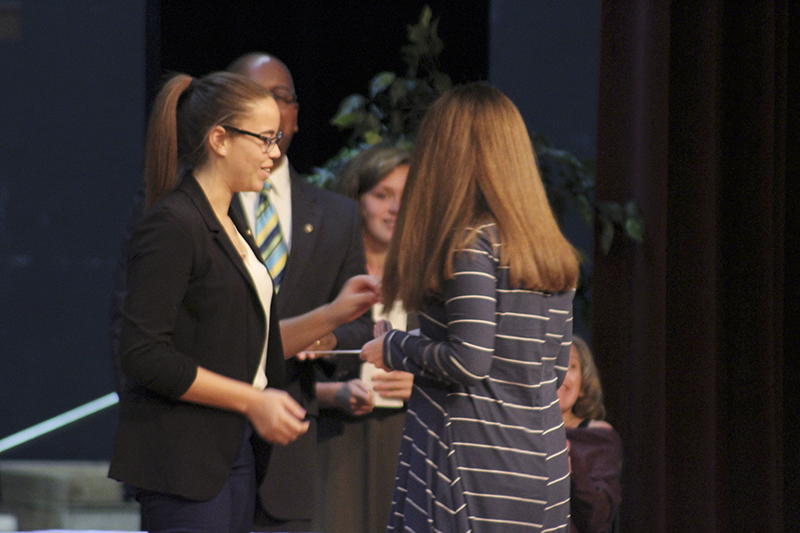 The Albert Lea High School Key Club more than tripled in size this year as students stepped up for a common goal: to help others.

Key Club is a service club in the Kiwanis family. Faculty adviser and Albert Lea High School English teacher Jeremy Corey-Gruenes said the group is focusing on at least one service project per month. This is the club’s second year at the high school.

“We started it last year as a, you know, a service club … and the students, they plan their service projects and then execute it and then, you know, in so doing that, they learn leadership skills, you know, and inclusiveness and caring for others in service,” club adviser and First Lutheran Church Rev. Sean Forde said.

He attributed the club’s growth to its student leadership.

At Monday night’s induction, Key Club members received two things: a pin and an envelope. The envelope had a number written on the back between 1 and 65 — the number of members in the Key Club this year — and that number was the dollar amount members are asked to fundraise for this month’s service project, Thirst International.

Thirst International’s mission is to end the global water crisis by educating young people and providing communities with safe drinking water. Senior and Key Club President Rowan Kraft said the club picked the organization after seeing it in a Key Club division newsletter. 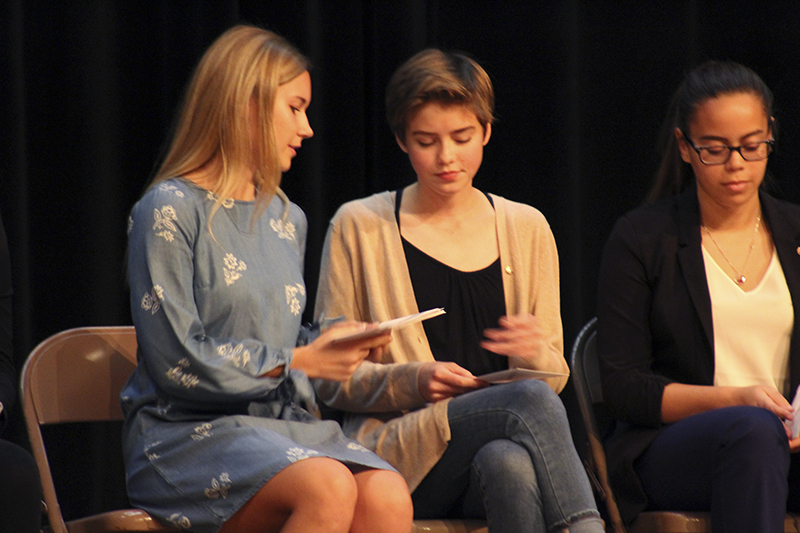 “We thought it would be really cool to contribute to clean water,” Kraft said.

Kraft ran for president after participating as a member last year.

“I love the idea of this club and the things that we do for this community,” she said.

Junior Salestina Alitz, who was inducted to Key Club Monday, said she joined the club to become more involved and meet new friends. She’s interested in a service career like education or medicine.

Alitz said she is excited for Thirst, which has a longer duration than some of the club’s previous projects.

“Key club isn’t just a chore,” she said. “So, just some people would see as volunteering as a chore. It’s something that gets me more dedicated to and willing to help others just than, rather than worry about just yourself.”

Corey-Gruenes said the larger group means more hands chipping in. Even if some members can’t go, there are still enough members to make things happen.

“It means that we can really have a good turnout for all our service projects,” he said.

Activities Director Afton Wacholz said she looks forward to seeing the group grow more and watching other students buy in as their peers push out into the community.

“They will help grow each other, grow our community, grow our school — so it’s very exciting,” Wacholz said.

Those participants span the social spectrum, Corey-Gruenes said, and they’re doing something important.

Division 6 Lieutenant Governor of Key Club Serena Mobley conducted the induction of Key Club officers, reminding the students of their responsibilities to the club and the community. Elected officers then helped induct their fellow students. 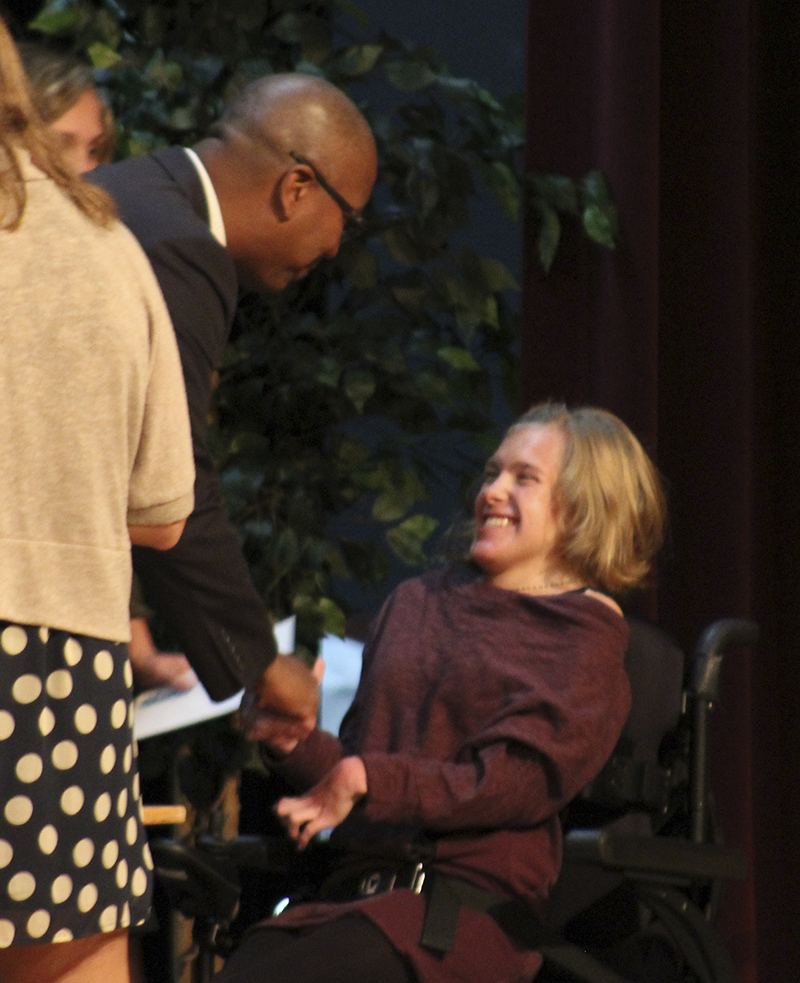