Launch of Real ID cards off to a smooth start 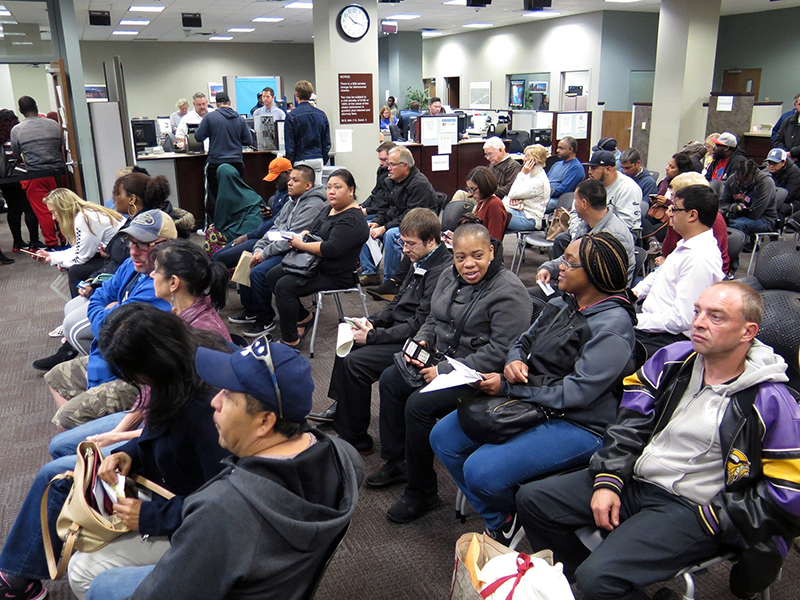 The state began offering new federally-compliant driver’s licenses and IDs at the start of business Monday morning. Applicants are required to provide an additional form of identification and that is expected to slow the process.

But officials reported relatively light demand for the new licenses, which will be required for boarding airliners and some other federally regulated activities on October 1, 2020. The state’s existing licenses and IDs have been grandfathered in until then.

“Please be patient. It’s a new system. And even with all of the training and all of the testing it will still take some time to become proficient,” said Dawn Olson, Driver and Vehicle Services director. “Wait to visit an office unless you need to change your name, change your address or renew your current driver’s license. This will help you because it will help reduce the amount of time you spend in line.”

The state and the new system vendor, FAST Enterprises, were testing the system over the weekend, including sending in test applications from offices around the state.

“The new cameras tested yesterday successfully sent through 133 photos, all interfaces including courts and BCA were successfully connected without issue and as of yesterday afternoon,” said Dana Bailey, the director of projects and initiatives for Minnesota IT Services. “The system had already had more than 11,000 hits from law enforcement.”

She also said that people were taking advantage of a pre-application offered by the state online, which will cut the time it takes to apply for a REAL ID by about half, Bailey said.

That said, there wasn’t a huge demand for the new licenses yet.