A memorial service for Lonnie Harris will be at 1:30 p.m. Thursday at First Lutheran Church, 309 Ninth St. N. in Northwood. The Rev. Judy Converse will officiate. Burial will be in South Shell Rock Cemetery. A public viewing and visitation will be from 3 to 6:30 p.m. Wednesday at Conner Colonial Chapel, 1008 First St. S in Northwood. 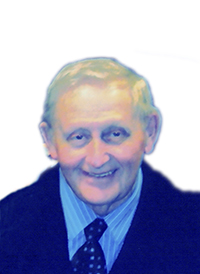 Lonnie L. Harris was born Aug. 1, 1938, at home in Floyd County. He was the son of Ralph and Cheryl (Whitney) Harris. He was baptized Nov. 20, 1950, at home by the Rev. Ellery Beal. On Aug. 7, 1960, he was confirmed at First Lutheran Church by the Rev. Oscar Mikkelson. He attended Northwood grade school and high school, graduating May 23, 1956. He enjoyed his years in high school with his classmates. He was manager for football, wrestling, baseball and basketball. His class has been and still is very close.

He enlisted in the Army with six of his close friends on Feb. 20, 1958, and took basic training at Fort Carson, Colorado.  He was then sent to Korea, where he served as a medic. He received many medals, including Good Conduct, Marksman and Sharpshooter. He was discharged from active duty in 1960 and served in the reserves until 1964, being discharged with the rank of sargent.

Upon his return he started farming with his father, and on June 4, 1960, he was married to Myra Severson. To this union four children were born, Rhonda, Suzan, Jerry and Roger. They resided on the farm in Northwood until December 1974, when they moved to their newly remodeled home on a farm purchased from Myra’s grandparents. They had resided there since that time.

Lonnie was very active in community affairs. He served as an officer on the Northwood Fire Department, Jaycees, Northwood Co-op. Elevator Board, Worth County Cattleman Board and his very favorite: the Worth County Fair Board, with which he served as treasurer for 32 years. He also served on the church council and was an usher for 40 years at First Lutheran, where he was a member. He was also an auctioneer, with his daughter, Suzan, and son, Roger, joining him in the 1990s.

Lonnie loved the farm and the cattle, which were and still are there, and has enjoyed his jaunts with family members windshield farming.

In the past 20 years he and Myra were able to travel on bus trips in the United States and Canada with friends and classmates. They also took family vacations with the children, grandchildren and great-grandchildren.

Preceding him in death were his parents; brother, Larry; and sister, Ann Vermace.

He is loved by many and will be missed very much by family and friends.