A Mason City woman who allegedly engaged in prostitution in August 2017 in Albert Lea has been charged with a gross misdemeanor in Freeborn County District Court. 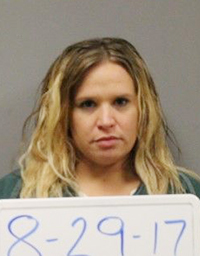 Margaret Mae Legler, 35, is charged with gross misdemeanor prostitution in a public place.

Court documents state Legler was charged after an Albert Lea police officer as part of a sex trafficking investigation responded to a Backpage ad placed by a woman later identified as Legler on Aug. 29, 2017.

Legler allegedly later entered an Albert Lea hotel and was arrested after attempting to engage in prostitution.

After being advised of her Miranda rights, court documents state Legler said she was trying to earn $3,000 to pay for a lawyer so she could have visitation rights to her son. She allegedly admitted posting ads on Backpage for 1 1/2 years and having been an escort.