My Point of View: This is not the year to stay home for elections 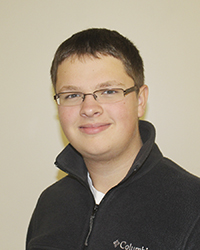 The Minnesota DFL has, by far, nominated the worst candidates in the history of Minnesota politics during this election cycle. For the United States House of Representatives, they nominated Dan Feehan, someone who has not lived in Minnesota for most of his adult life and is a veteran who has asked the Army and Marine Corps to please stop complaining when they asked for more funds. They also nominated someone for the United States Senate who claims to be a champion of women’s rights, while supporting a fellow DFL nominee who has had allegations of sexual assault against him. Of course, I am talking about Tina Smith, who was appointed to the United States Senate by Governor Mark Dayton after Sen. Al Franken resigned amid his own allegations of sexual assault. Sen. Smith has remained oddly silent when it comes to Keith Ellison’s allegations, yet has no problem campaigning with him. Keith has also been arrested by D.C. police, has worn a shirt, in public, that says, “I don’t believe in borders,” and has called the Constitution of the United States an example of racism. Tim Walz, the DFL nominee for Minnesota governor, may be the worst nominee of them all. Walz, who has skipped more than 60 percent of his votes in congress since he announced his candidacy for governor, said that he will implement a complete government takeover of our health care system with a single-payer system(which is unrealistically expensive), and said that he wants to make Minnesota a sanctuary state. In a lot of elections, both of the candidates are terrible; however, in this election there is a clear choice between common sense candidates who will fight for the rights and liberties that we take for granted or the far-left DFL nominees.

Jim Hagedorn is the Republican nominee for the United States House of Representatives. In recent weeks, Dan Feehan has stated that Jim Hagedorn supports an age tax on citizens over 50. This is yet another one of Feehan’s famous lies. Jim Hagedorn is opposed to any new taxes on Americans, supports the recent Republican tax cuts, and has stated that he may even support a second round of tax cuts. Jim Hagedorn is someone who is ready to actually fight for you, not just say it. Policies Jim Hagedorn says he will pursue will help keep America safe, expand the economy through job growth, defend agriculture and our rural way of life, care for our veterans and protect our God-given rights.

Karin Housley is the Republican nominee for the United States Senate. Karin Housley will use her experience in the state Senate to make the right decisions for Minnesotans, whether those policies agree with her party or not. During her tenure in the state Senate, Karin Housley has made many gains for the elderly community and is the founder of the Senate Aging and Long Term Care Committee, which is meant to benefit specifically those in the elderly communities. Tina Smith is the highest-ranking former Planned Parenthood executive in U.S. politics. Tina supports abortion, extreme gun regulations, the legalization of marijuana and many more far-left liberal policies.

Republicans, moderates, independents, this is not the year to stay home. Go out on Tuesday, Nov. 6 to vote for all Republicans, or vote early at the Freeborn County courthouse. As an Albert Lea High School sophomore, I know what the present generation wants you to leave us. It’s not the Democrats and their far-left policies.

Aaron Farris is a member of the Freeborn County Republican Party. He is the party’s youngest activist.