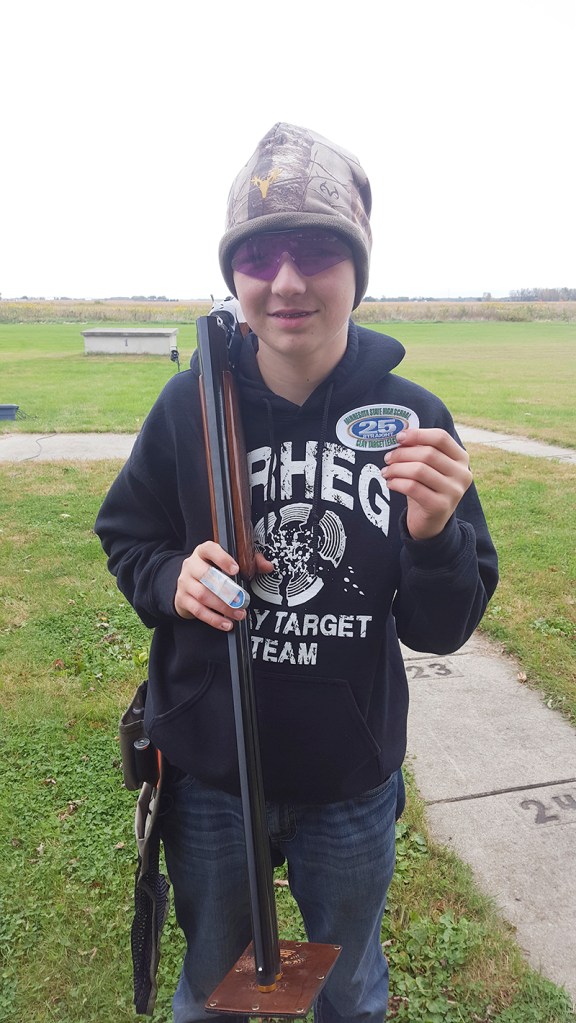 NRHEG shooter Clay Stenzel recorded a perfect round of 25 at the last meet to boost the Panthers into a battle for third place in the conference. - Provided

In a conference where the first- and second-place teams are locked up, it is the battle for third that is heating up, according to a press release.

Over the last two weeks, the NRHEG trap shooting squad has been gaining on the third-place team from Blaine. This past week, the NRHEG shooters outscored their opponents by 1,000 points and moved to within striking distance to take over the third-place spot.

This was accomplished in part from the continued improvement of a young Panthers squad, which has 32 of their 59 members attending school at the freshman level or younger. It was also accomplished by the top three shooters, each turning in rounds of 47 out of 50 possible targets hit. This was done by Matt Bartness, Evan Reyna and Ralph Roesler. Additionally, Clay Stenzel turned in another perfect 25 round to boost the team’s score.

Roesler is the team’s top shooter with a 23.33 average for a round of 25 targets. He is followed closely by Alex Dobberstein, Caden Beauvais and Stenzel, who are each shooting an average of 23.17. All four shooters are ranked in the top 100 shooters for the state.

The team has two weeks of competition left. They will shoot at 4 p.m. Wednesday and then again at 4 p.m. Monday. The team shoots out of Owatonna Gun Club, south of Hope.