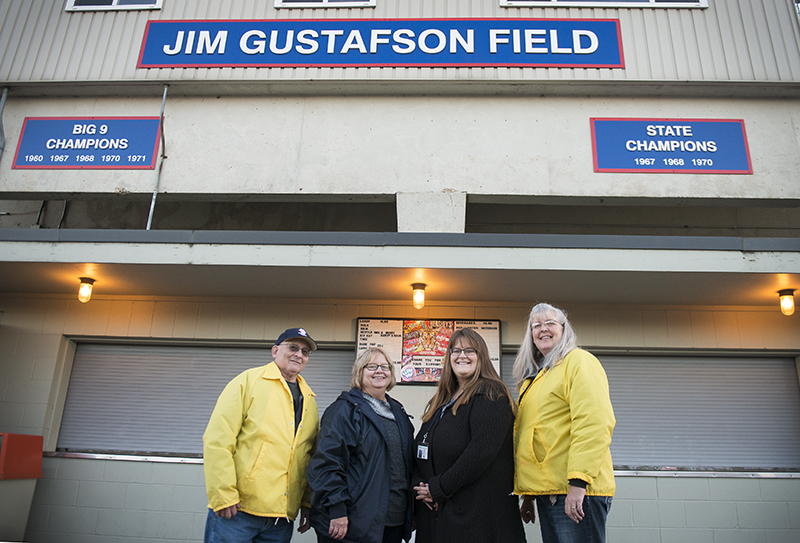 It’s the end of an era, but also the start of a new one.

Working at the front entrance of Hammer Complex for a combined 72 years, the group of Heidi Ranum, Art Hughes, Julie Tlamka and Julie (Johnson) Tlamka have gotten to know many people as they pass through the gates Friday nights.

Tlamka, the longest tenured member of the group, got started when she was a bank teller about 35 years ago. She said she has kept working at the complex all these years because of the people she talks with at every home game.

Ranum got her start as a substitute with her mother when she was 21 years old and has been working at the field ever since.

“My family has done it for so long, it’s just become normal for us,” Ranum said. “I don’t want to quit a job I started. My work knows that I do this and they switch around my schedule so that I’m able to get here and do this, it’s just nice.” 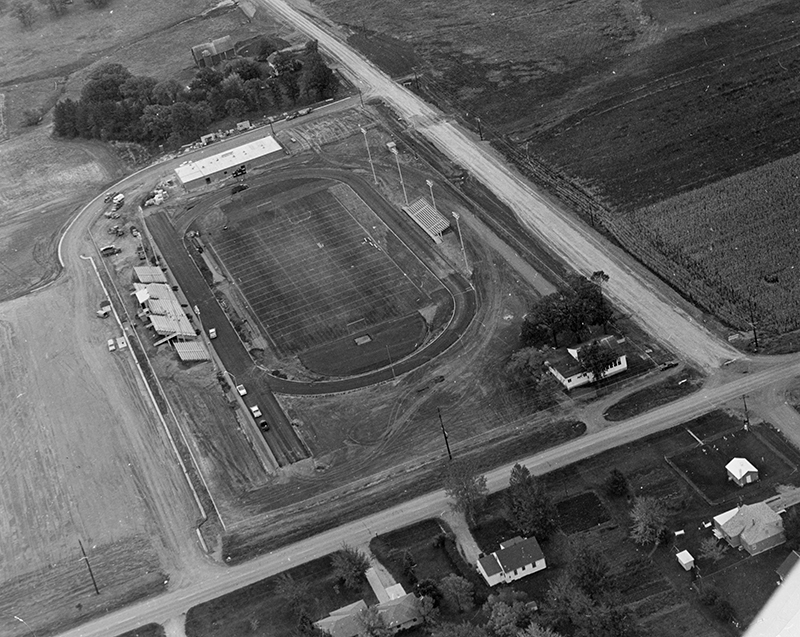 Hammer Complex is pictured in 1967. The sports complex saw its last Albert Lea High School varsity football game this week, as the complex will be updated with a new football field by next season. – Photo courtesy Freeborn County Historical Museum

Not only does the group meet up to work every home football game, they are also connected on a personal level. Tlamka is Ranum’s aunt, Hughes is the boyfriend of Ranum’s mom and Tlamka and (Johnson) Tlamka are sisters-in-law. Tlamka also has a grandson on the team, Gavyn Tlamka, who they like to stay and support when their duties are over.

“We’re all family, the four of us,” (Johnson) Tlamka said. “That’s why we do it and that’s why I stick with it. We like to support the teams and our kids grew up here.”

Out of all the years they put in, the group has a lot of memories from the field. However, football wasn’t the most memorable moment for Hughes. He said the incident he remembers most is when a car caught on fire in the parking lot.

“There was a group tailgating before the game and they left their grill out when they came in,” Hughes said. “Well, another car pulls up and parks right on top of the grill because they didn’t see it. Soon the car was on fire.”

He said the parking was so difficult in the lot when it happened, the fire department wasn’t able to get to the vehicle when it got there.

“Hearing the kids hooting and hollering out there is actually my favorite part,” Ranum said. “It’s really fun to hear them get excited when we get a touchdown or something else happens. I remember when I was a kid and this place would be packed and it was a lot of fun.”

Constructed in 1967, the Tigers sports complex has seen some minor changes over the years, but the site will undergo a complete overhaul getting ready for next season. The upgrades will include a turfgrass field, new bleachers and a new fieldhouse, among other improvements.

“I’m excited to see what it’s going to look like and what the layout is going to be, I’m sure a lot of other people are, too,” Ranum said. “People are going to come out and see it, which results in more people coming to the game, and that’s a great thing.” 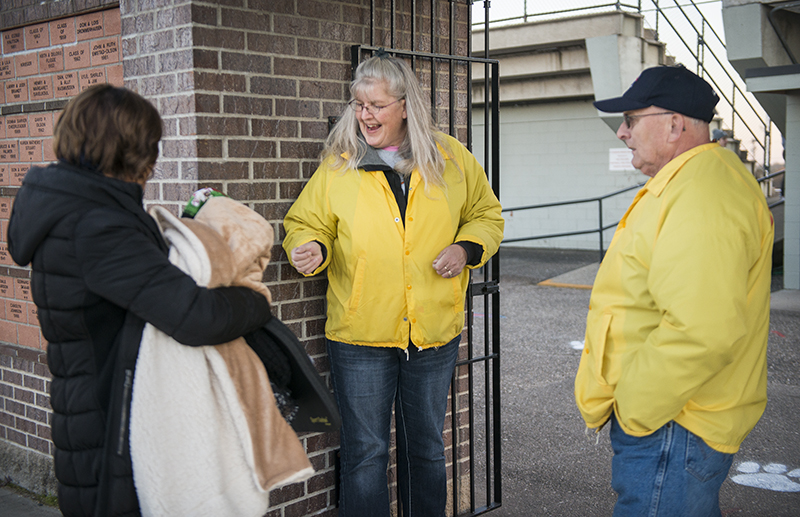