The person challenging for the Freeborn County District 2 seat is calling for developing partnerships with Mayo Clinic Health System or other health care providers to expand health care services. 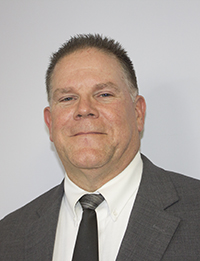 Ken Osmonson, 57, is competing against five-term incumbent Dan Belshan for the spot.

“Mayo Clinic Health System made a financial decision to transition inpatient services to Austin,” Osmonson said. “We should have seen that coming years ago and taken steps to minimize the impact. The longer-range foresight and planning did not happen.”

To Osmonson, Mayo has made “modest conciliatory concessions in an effort to placate our community.”

“Our efforts now should focus on developing a partnership with Mayo or another potential provider to develop plans to expand services,” he said. “For instance, develop a framework for appropriate elder care-type services. Our efforts should be continuous and relentless to be cooperative, friendly and a preferred partner. Continued anger and hatred will drive anyone away.”

Osmonson, a JPW Industries plant manager in Albert Lea, said the county must develop budgets that take into account cost increases if services are to remain the same.

“I know and understand how budgets are developed and budgeting processes work,” he said. “A budgeting process is normally quite extensive and can be complicated. Easy and vocal solutions are increased taxes, or cut costs in every department across the board.”

He said tax increment financing should be considered and encouraged for all potential or new business, “as appropriate.”

“In the end, after all the meetings, the commissioners and county staff should come out in unison for the annual budget, because of all the discussion and passionate debate has taken place during their detailed meetings,” Osmonson said. “A compromise budget is embraced, presented, voted upon generally in unanimous fashion,” Osmonson said.

To Osmonson, “realistically, there will probably be a shortage of funding for roads for the foreseeable future.”

“The Board of Commissioners must work together along with the county staff and Public Works to develop and follow a priority list,” he said. “The list should consider current road surface type, usage, cost, new/alternate proposed road surface, etc,” he said. “Once a plan and system is in place, the board must stick to the plan, regardless of outside pressure/influence.

“This is a good example where the facts and data provide the foundation for the decision-making process.”

Osmonson said the county needs to be competitive and understand high turnover costs to attract employees as a public employer.

“In a manufacturing setting, it normally costs $10,000 to $15,000 to replace and train an unskilled employee,” he said. “Replacing skilled labor is even higher, and in this tight labor market will get even more challenging.

“If pay and benefits are not competitive, then we will not attract the quality of workers we want or need.”

To Osmonson, the county will need to perform a detailed review and comparison and “develop appropriate options for total/combined benefit packages that fit within budgetary requirements.”

To Osmonson, the greatest asset he will bring to being a commissioner is leadership. He noted he graduated from West Point and served nine years in the Army as a commissioned officer to include combat operations.

“I have worked in manufacturing in supervisory roles for 25 years,” he said. “Leaders are forward-thinking. Leaders provide direction and clarity to their organization, even during times of uncertainty.”

“Leaders choose the harder right rather than the easier wrong,” Osmonson said. “I have all these traits and will provide this leadership to our constituents which they deserve.”

Osmonson said there can never be too much communication between the two boards.

“Something to consider would be combining the two — city council and county board — into one,” he said. “After that, you would consider eliminating redundancies between the city and county for an overall cost savings.”

“If it is, how much?” he asked. “Is that revenue worth the strain and drain on our county’s resources? If not, what are the repercussions of exiting the contract? At this time, I do not believe we know either way, and that is an issue.”

Freeborn County Sheriff Kurt Freitag said through September, the county had generated $2.73 million in revenue from housing ICE inmates this year, and more than $220,000 for transporting them.

Since the contract was instituted in 2009, Freitag said the county has generated $19.76 million in revenue, which has been placed in its general fund. That figure does not include wage and benefit costs, as well as purchases of vehicles and equipment.

“Bottom line, we need to do what’s right for the county,” Osmonson said. “If the contract does not clearly generate revenue, then we have two choices: One, attempt to renegotiate the contract accordingly, or, two, exit the contract.”

He said he is running to provide “sorely-needed” leadership.

“We should not see resolutions coming down before the county board that are passed and then the funding for the same resolution is voted down,” he said. “Such actions are confusing and present the dilemma of an unfunded requirement to the whole county and our county staff.”

To Osmonson, the county needs to grant conditional permits when all requirements are met to support businesses.

“We should be taking steps now to lay plans for the future through a formal annual strategic planning process,” he said.

To Osmonson, “Freeborn County generally performs well in most all areas.”

“Public Works is notable,” he said. “They perform their work each year underfunded and a growing list of requirements. They are proactive with plans for projects developed so when external funding is available they can respond almost immediately.”

He said Human Services does well at managing an array of mandated requirements while understanding it must limit expenses.

Osmonson said commissioners “as a group are dysfunctional.”

“A lot of this stems from (District 2 Commissioner Dan Belshan),” Osmonson said. “A consistent and persistent contrarian view is detrimental to the smooth functioning of the board as a whole.”