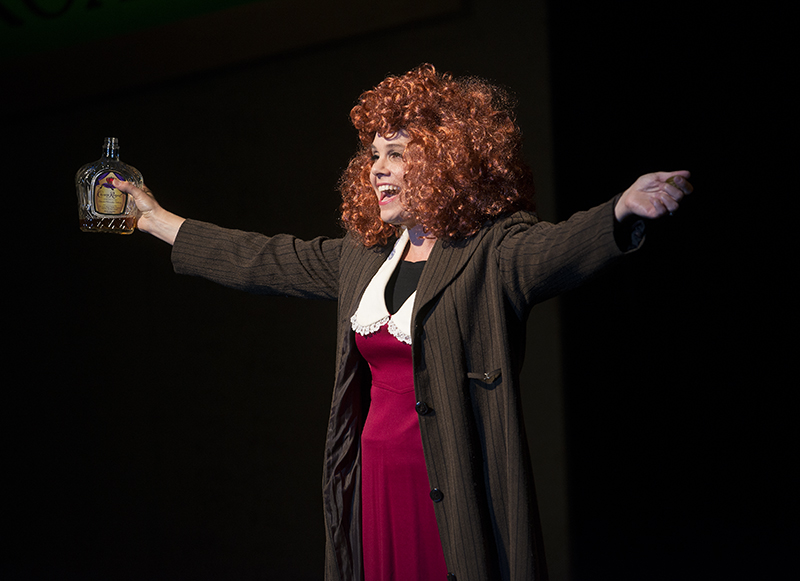 A parody song involving the namesake character from “Annie” at the age of 30 is rehearsed for the upcoming “Forbidden Broadway” revue. - Colleen Harrison/Albert Lea Tribune

It’s supposed to be.

“Forbidden Broadway” is a musical revue, performed as a series of sung parodies of all things Broadway, including beloved characters, actors and actresses and even those behind the scenes, like writers and composers. Not many are spared; the show takes hits at the likes of Kristin Chenoweth, Stephen Sondheim, “Annie,” Carol Channing, Dustin Hoffman, “Wicked,” Mel Brooks and many more. 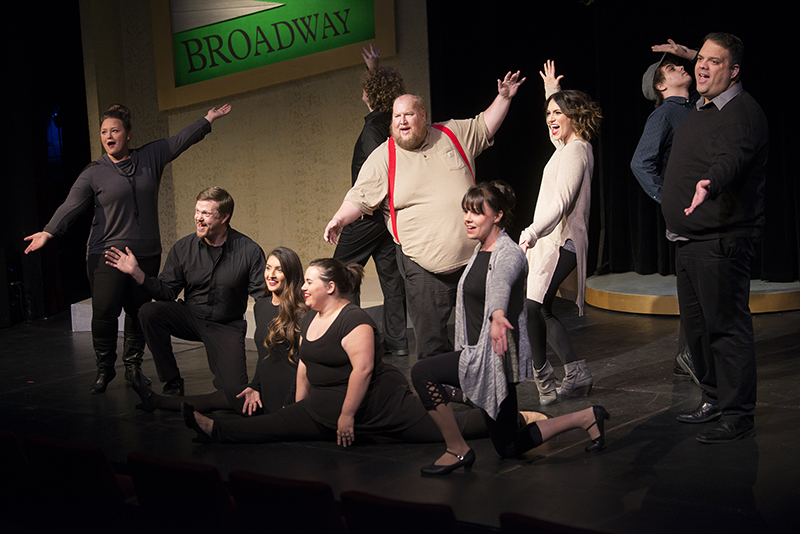 The director also described the production as “not quite theater.” Because it’s a revue, there isn’t one plot toward which each song or interaction points.

“When you do a revue, you have 25 of those little things,” Mattson said.

In “Forbidden Broadway,” there are over 30 acts.

According to actress Jenni Martin, this means the performers’ roles are shifting with every scene.

“You have to get an entire new mindset going,” she said.

Martin said satire has been a fun challenge as performers try to walk the fine line in mockery between too hammy and too mean. 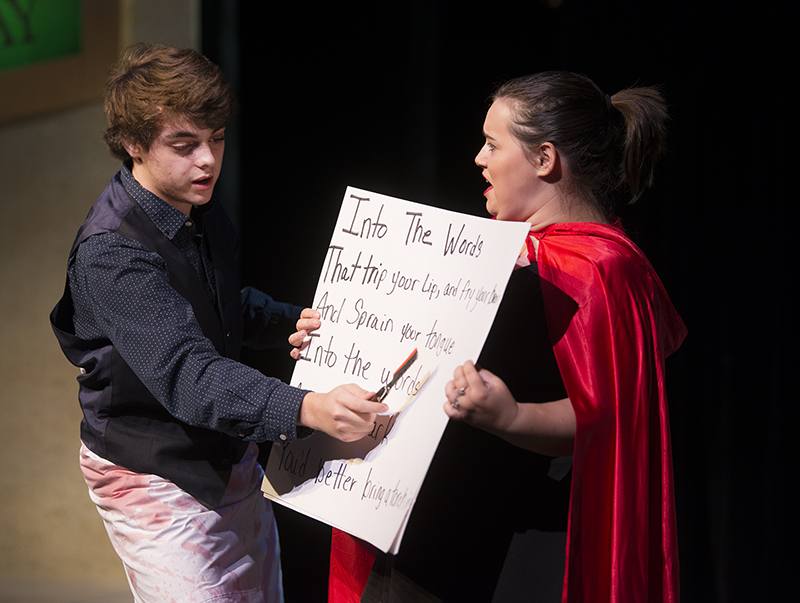 For actress Rachel Cole, “Forbidden Broadway” has been a chance to test her comedy chops.

“I’ve never been able to do the comedic role,” she said. Instead, she has been cast more frequently in serious ones. Getting out of that routine has challenged her as an actress.

“Forbidden Broadway” is not a well-known classic,  actor Tony Segura acknowledged, and people might be worried they don’t know the music. But the cast encouraged community members to keep an open mind.

Don’t forget to laugh, too — from the set to the songs, it’s intended as one big punch line.

Mattson said lyric writer Gerard Alessandrini was a “master,” and that his cast — many of whom are relatively new to the ACT stage — have it well in hand.

“I’ve got a bunch of ’em that just knock it dead,” Mattson said. 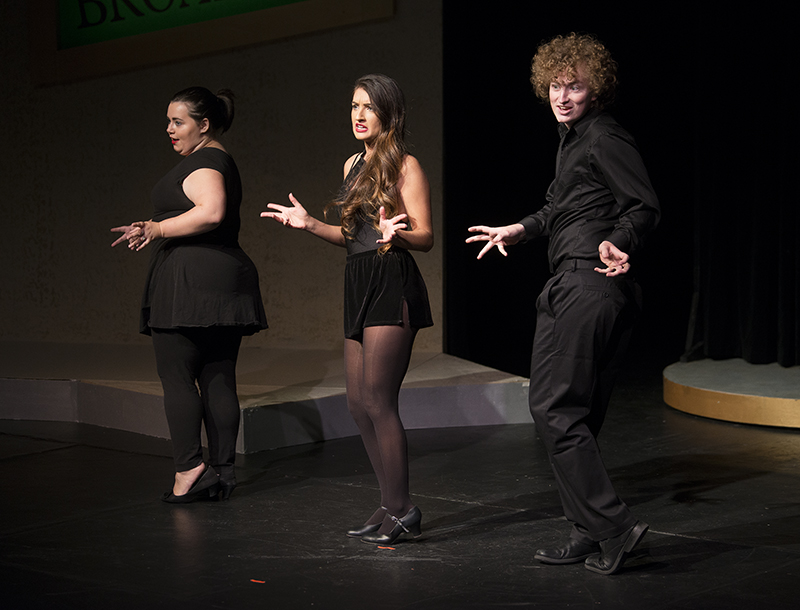 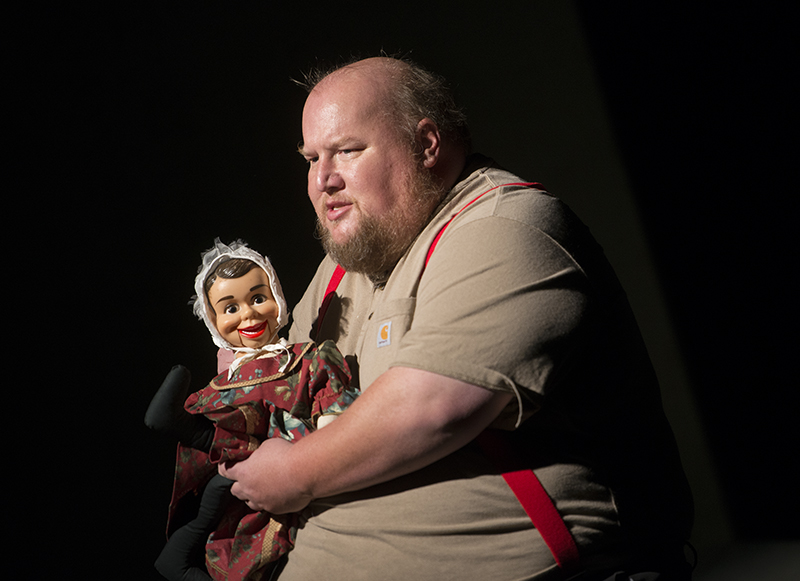 A ventriloquist number is performed to introduce a “Chicago” parody during “Forbidden Broadway” rehearsals this week. – Colleen Harrison/Albert Lea Tribune

More info.: tickets can be purchased by phone at 1-877-730-3144, online at actonbroadway.com, at the box office or at the Albert Lea Convention and Visitors Bureau 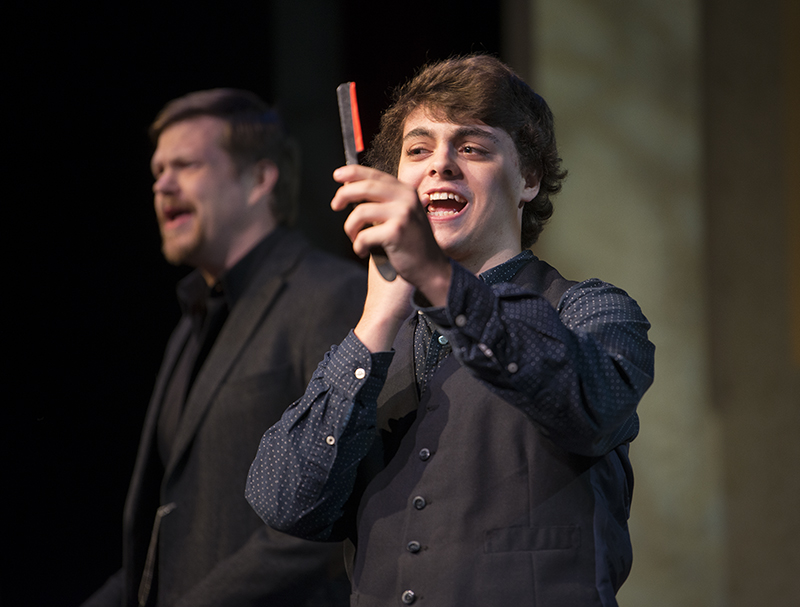