Memorial services for Paula Jane Routh of New Richland will be at 2 p.m. Sunday at Trinity Lutheran Church in New Richland. The Rev. Paul Andree will officiate. Visitation will be one hour prior to the service at the church. Interment will be in LeSueur River Lutheran Cemetery. 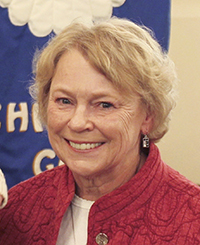 Paula was born May 16, 1948, in Albert Lea, the daughter of Henry and Dorothy (Hagen) Thompson. She was a graduate of New Richland High School in 1966 and attended Mankato State University.

On July 5, 1969, she was united in marriage to David Routh at LeSueur River Lutheran Church. For a short time after marriage, she worked for Waseca Mutual Insurance Co.

Paula was an active member of Trinity Lutheran Church and belonged to the church circle. She also was a member of Home Extension Group in New Richland.

Paula prepared excellent meals. She had the talent and patience to make beautiful quilts. Her love for fishing and aviation meant spending time at their cabin happened often. With a family history in agriculture, she was an excellent homemaker and great on the farm. She was an outstanding mother, an amazing wife and a gracious friend to many.

She was preceded in death by her parents; brother, Curtis Thompson; sister-in-law, Barbara Anderson; and brother-in-law, Dean Routh.