Prairie Profiles: ‘I was bettering myself’ 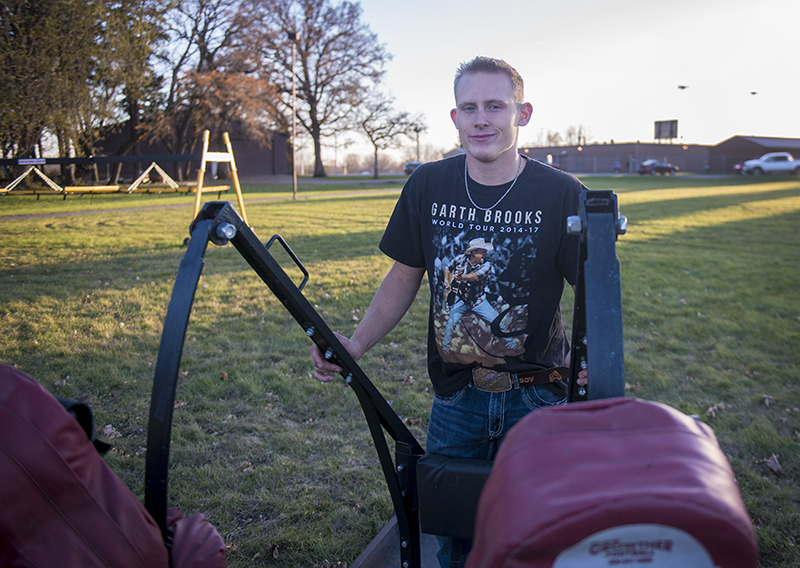 For most high school students about to enter their senior year, the summer before is a time to soak in the last phase of their teenage years before heading off to college or finding a job.

Mason Paczkowski spent his summer a little differently than most.

From May 17 to Aug. 1, Paczkowski spent two and a half months of his summer attending basic training at Fort Jackson in South Carolina. Despite being away for most of the summer, Paczkowski only saw the positive things that came from the experience.

“I felt like I was bettering myself and getting better prepared for football,” he said. “Originally, I was planning to leave after my senior year, but then they said I could go now. I knew it was going to suck either way, but if I go now, it’s going to help me get in better shape.”

Paczkowski said most of his time spent at basic training consisted of going to the gun range, physical training, cleaning and a lot of walking. His least favorite part was all of the walking he had to do, but the best part was meeting all the people and learning about where they came from.

Growing up in a family full of relatives who have served, Paczkowski knew from a young age that he wanted to pursue his dream of being in the military.

“I’ve known my whole life, I love it,” he said. “I’ve had family members who have been in it and I’ve always envied them. I just wanted to be a part of it. My sister is a big part of it; she’s in the Army too.”

As a one-sport athlete Paczkowski has dedicated himself to the game of football, a game he said helped him develop leadership skills and the ability to work as a team, which helped him at basic training.

“Working with teammates and getting better as a group definitely helped,” Paczkowski said. “Using my leadership skills helped me as well; taking control of the field will help you take control of the squad.”

His ultimate goal in the Army is to go on a tour overseas. He said he thinks it would be a fun experience.

When he’s not at school or on the football field, Paczkowski likes to spend time working at the diesel shop at Trail’s Travel Center. After graduation, he plans on attending South Dakota State University to major in something related to the agriculture field.

Paczkowski offered up some advice for any other high school student thinking about going to basic training and joining the military.

“Take the opportunity, it’s not that much time,” he said. “You’ll get free college and all these great benefits from just serving your country. A lot of people are scared that they’re going to have to leave forever, but the most you have to leave is three months to do basic training and then you get all the good stuff.”

Interesting fact: Paczkowski loves to read. His favorite books are the Eragon series