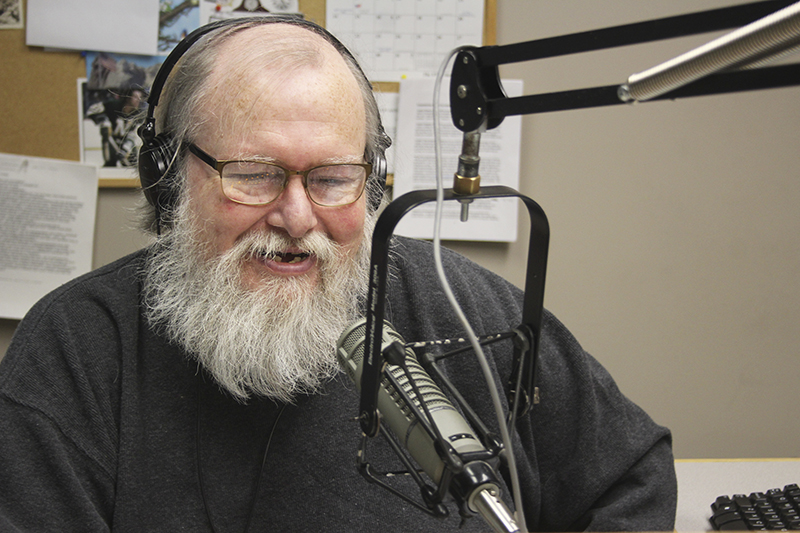 Although he jokingly calls it his farewell tour, Darrel Amundson plans on racking up more years in radio after his evening event at the Marion Ross Performing Arts Center.

“I’m not retiring,” Amundson said. “I would go crazy sitting at home with nothing to do.”

Amundson is pairing up with several musicians for Rock ’n’ Roll Memories, a Nov. 3 show featuring musical memories and accompanying stories from Amundson’s time in radio.

Between time spent at KATE Radio, KROC in Rochester and KAUS in Austin, Amundson has been on the radio for at least 44 years, he said.

He remembers wanting to be on the radio since he was a child. 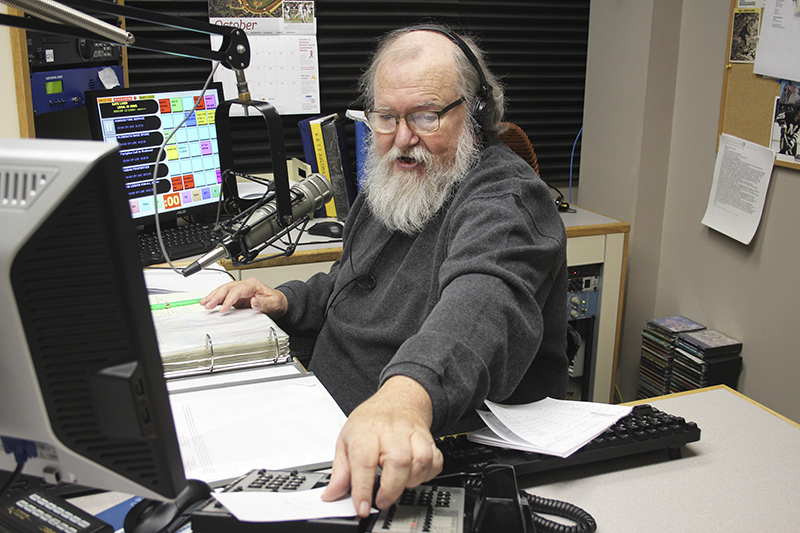 Darrel Amundson prepares to take a call on the Party Line Wednesday morning. He is on the air with KATE Radio from 9 to 11 a.m. Sarah Kocher/Albert Lea Tribune

“I asked, and they turned on the radio and I was hooked,” he said of his first radio job with KATE.

The Rock ’n’ Roll Memories show will include songs that influenced him or of artists he’s had experiences with in person.

“Being in radio for 44 years, you get the opportunity to meet some people,” Amundson said. “… I’ve got stories about most of them.”

The show will include songs from Buddy Holly, Elvis — one of the first records Amundson received as a child was Presley’s “Jailhouse Rock” at age 4 — the Beatles, Eddie Cochran, the Rolling Stones and Gerry and the Pacemakers.

However, some of the music will venture into other genres. After all, in radio, there’s always something different coming next, Amundson said.

Now, because of the constant musical merry-go-round he hears on air, Amundson said he can no longer listen to one album straight through without getting bored.

“It broadens your spectrum,” he said.

And after more than 40 years in radio, he’s seen that spectrum shift.

“Music has gotten to be more thoughtful,” he said, from doo-wop to music with a message.

But for the show, “the music is going to be the way we remember it.”

According to Denny Charnecki, musician with the DC Drifters, the “we” is a smorgasbord of representatives from several bands, including The Country Boys, Fat Rudy, 218, Los Rebeldes, The Diamonds, Gold Rush and L.D. and the Cruisers. Musicians will rotate in and out as they feature certain artists.

“That band reunion of those pieces to me is very exciting,” Charnecki said. “I’m thinking it’s going to be a blast.”

Because Amundson said he has been in bands slightly longer than he’s been in radio, he will be playing bass for part of the show. Amundson will also have a Q&A portion of the performance.

“It’s going to be a well-rounded mish-mash (of music),” he said.

Charnecki said he thought to do the show because of how well-known Amundson’s name seemed to be around Albert Lea.

“We should honor the fact that this guy has been a staple of Albert Lea almost for the last 40 years,” he said.

Although Amundson said the show was Charnecki’s idea, his time preparing — and his time in bands, and his time on the radio — has been a pleasure.

It’s also been a trip down memory lane.

“Hey, remember this stuff?” he said. “It didn’t all start with Kanye West.”