Rebels head to the next round of playoffs 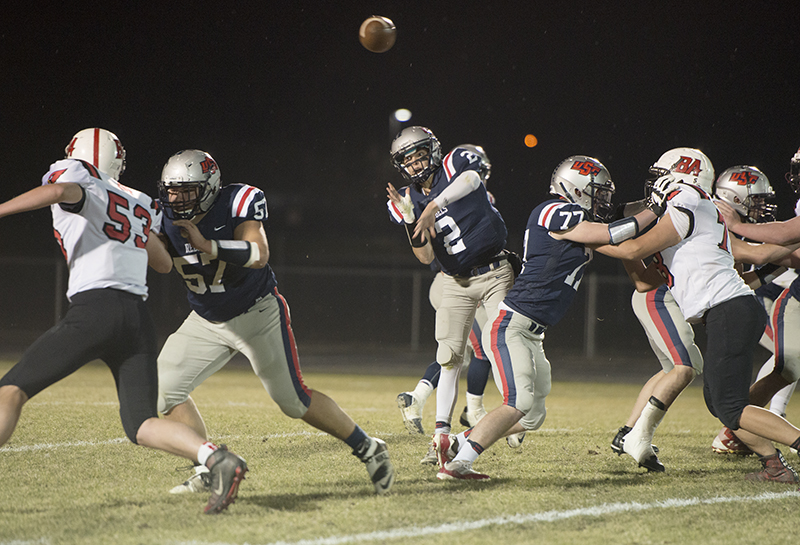 United South Central junior Isaac Meyer wings a pass Saturday night at home against Bethlehem Academy. The Rebels won the game 36-20 and move on to the Section 2A finals. - Tyler Julson/Albert Lea Tribune

WELLS — The United South Central football team hosted Bethlehem Academy Saturday night in a heated battle for a spot in the Section 2A finals.

The Rebels played a solid game all over the field after a three and out in their first drive to defeat the Cardinals, 36-20.

The Rebels defense took the field to start the game, and after giving up a fourth-down conversion, they turned the momentum when junior Mark Bushlack intercepted a long ball by the Cardinals. However, the Rebels weren’t able to capitalize in the opportunity, being forced to punt the ball away after three short plays.

United South Central’s defense came up big again on the next drive, forcing Bethlehem Academy to punt the ball right back.

This time, the Rebels used the good field position to their advantage. Junior Zach Niebuhr ran for a five-yard touchdown for the first score of the game. A successful PAT put the Rebels up 7-0 with just over a minute remaining in the first quarter.

Moving into the second quarter, both teams slowed their offenses with each team using one big drive to take up a majority of the quarter. The Rebels were first to the endzone, when senior Roel Perales scooped an errant pitch off the ground and ran it in for the one-yard score. A fake PAT with junior AJ Kloos passing to Riley Staloch added two more points to the Rebels total to make the score 15-0. 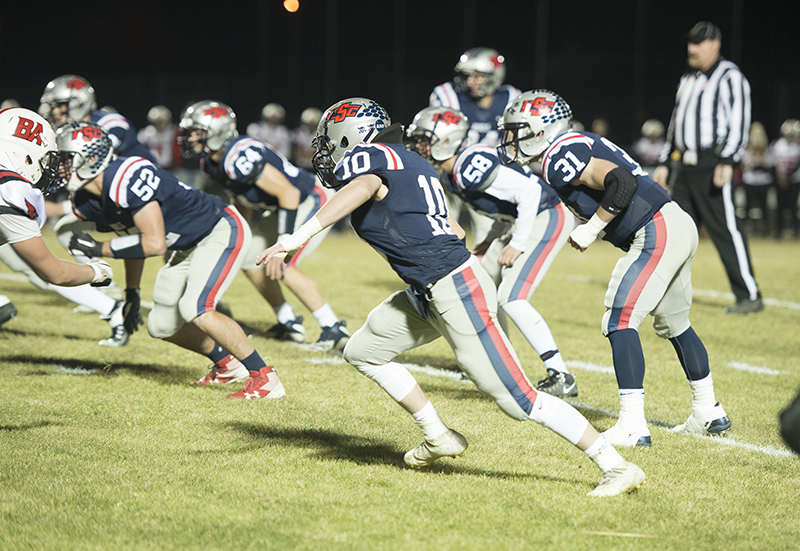 The Cardinals then nearly used the rest of the half to score their first points of the game, with a seven-yard run by senior Jack Clark. Junior Isaac Meyer broke through the line on the PAT attempt and blocked the kick to limit the damage. The Rebels still led 15-6 with 45 seconds remaining in the half.

Niebuhr returned the ensuing kickoff to the Cardinal 45-yard line and a 15-yard facemask penalty put the Rebels in prime position to score before the break. A pass down to the one-yard line from Meyer to Kloos got them close, but the Rebels ran out of time before getting a scoring play off.

The United South Central offense came out in the second half and scored on its first drive. A one-yard Niebuhr run put the Rebels on top 22-6 midway through the third quarter.

The Cardinals responded with a touchdown of their own when Clark ran for a one-yard score. In a heated exchange after the touchdown, Clark was ejected from the game, putting the Cardinal’s primary weapon on the bench. A failed two-point conversion made it a 10-point game entering the fourth quarter.

A turnover on downs from the Cardinals to start the fourth quarter gave the Rebels the ball at midfield, where they put the game nearly out of reach. Meyer took a keeper 43 yards into the endzone and gave the Rebels a 17-point lead with just under 10 minutes remaining.

The Rebels got a huge shot of momentum when senior Colby Klocek intercepted the first Cardinals pass in the ensuing drive. The Rebels took over near midfield and took some time off the clock, but a fumble gave the Cardinals the ball back. The Cardinals took the next play for a 38-yard touchdown, narrowing the score to 29-20.

The Cardinals got the ball back after a punt by the Rebels with less than four minutes remaining, but were unable to mount the late comeback when Klocek intercepted his second pass of the game and Niebuhr took the next play for a 73-yard touchdown.

The Rebels improve to 9-0 on the season and will move on to the Section 2A finals, where they will meet the Rockets of Randolph on Friday in Jordan.