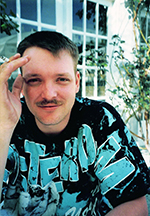 After graduating high school, Ron served his country in the United States Army for 11 years until his honorable discharge in 1996.

On April 7, 1996, Ron was united in marriage to Kristilyn (Furst) in Virginia. The couple would move various times, calling Iowa and Minnesota home for the last several years.

Ronald worked in Blue Earth as an extrusion operator at Kerry Ingredients and loved what he did. When he wasn’t working, Ron enjoyed riding motorcycle, going camping and would never pass up an opportunity to go to the casino.

He is preceded in death by both parents, Donald and Mary; and his stepfather, Jack Spaulding.