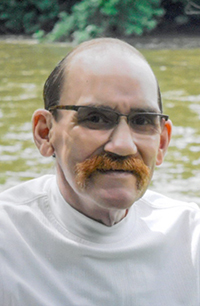 Funeral services will be at 10:30 a.m. Friday at Our Savior’s Lutheran Church in Osage. The Rev. Richard Chinander will officiate. Burial will be in Osage Cemetery with military honors by Osage American Legion Post No. 278. Visitation will be from 5 to 8 p.m. Thursday at Champion-Bucheit Funeral Home in Osage.

Steven was born March 12, 1952, in Iowa Falls, the son of Bernard and Mary Lou (Hilpipre) Smith. He graduated from Osage High School in 1970, and then served in the United States Marine Corps. Steven was united in marriage to Julie Kermes at Wee Kirk O’Heather in Las Vegas on May 6, 1987. He worked for Hormel Foods in Austin and retired July 30, 2012. He was a member of Osage American Legion Post No. 278. Steven loved spending time with his family most of all.

Steven was preceded in death by his father, Bernard Smith; and his grandparents.