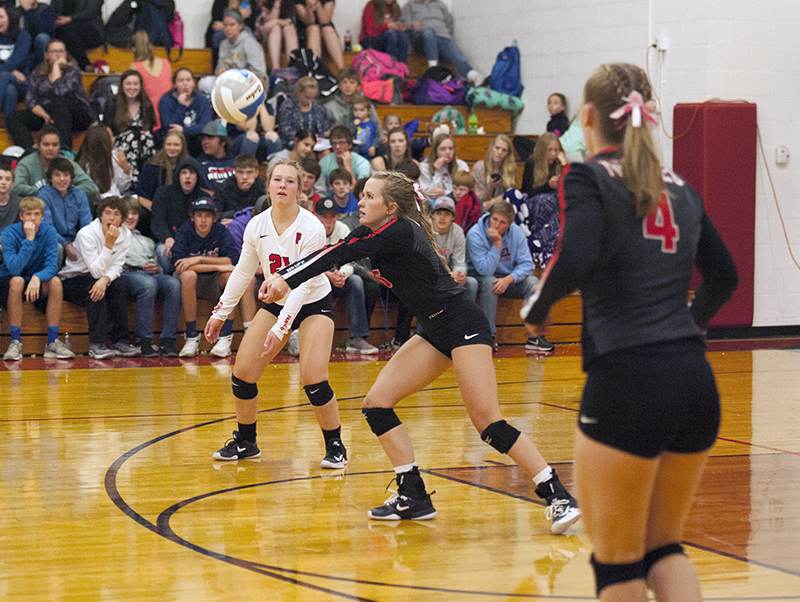 Despite a closely contested first and third set, the Panthers pulled out the win over the Rebels in three straight sets, 3-0.

United South Central wasted no time in getting out to an early lead, thanks in large part to the aggressive play at the net from seniors Hailey Warmka and Lizzy Baird. However, NRHEG wouldn’t stay down for long, climbing out of the hole to tie the game at 10-10. NRHEG senior Sydney Schlinger was digging numerous kill attempts in the rally to keep her team in the game.

The Panthers then got out to a sizable lead of their own, before a series of mistakes allowed the Rebels to inch their way back into the game. However, the Panthers fixed their errors before the Rebels got too close and won the first set, 25-22. 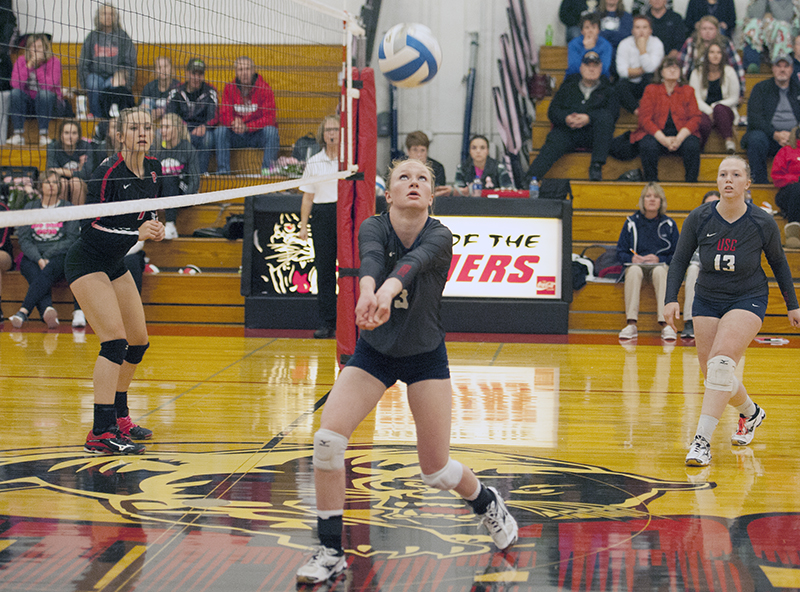 United South Central senior Courtney Harpestad bumps the ball to keep it alive on the road Thursday night. The Rebels kept two of the three sets close, but didn’t have enough to overpower the Panthers. – Tyler Julson/Albert Lea Tribune

The second set seemed to go all the Panthers’ way. Senior Hannah Budach got them started with a big rally from the service line, getting the Panthers into a comfortable lead. The kills by Panthers senior Olivia Christopherson and freshman Sophie Stork became too much for the Rebels to handle, as they pulled even further away. The Panthers handily took the second set, 25-11.

The third and final set was a game of runs. NRHEG would get out to a three- to four-point lead, and it would be immediately erased by United South Central. NRHEG was close to ending the match, leading 23-16, however, United South Central strung together several volleys in a row to make the score 23-20, forcing NRHEG to take a timeout. United South Central scored a couple more times, but the comeback effort fell just short at 25-22.

The net play from NRHEG seniors Caitlin Goette and Kylie Arndt was a big factor in the third set win, and while freshman Melany Ehlert made some nice plays saving the ball, United South Central couldn’t quite keep up.

The Panthers climb to 6-9 on the season, while the Rebels fall to 4-14. Both teams will play again Saturday at a tournament in Blue Earth. 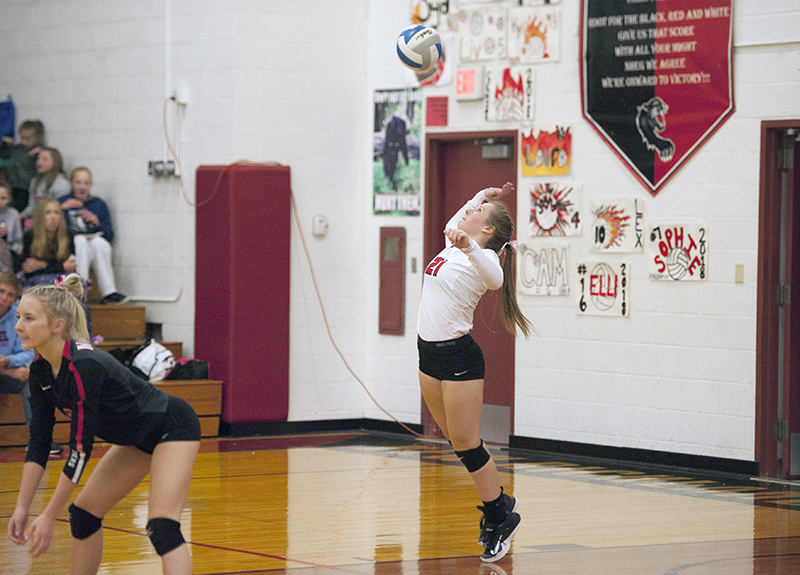