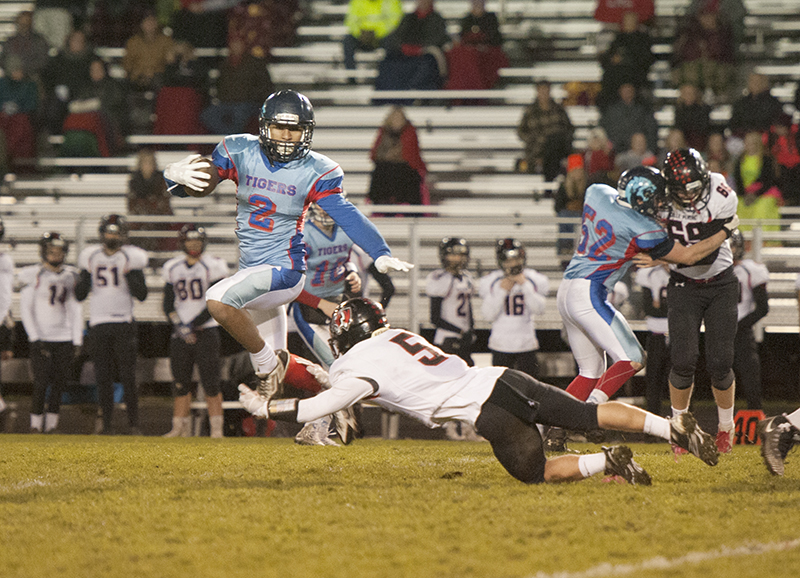 Albert Lea junior JJ Mucha-Owens runs the ball early in the game against Belle-Plaine. Mucha-Owens rushed for three touchdowns in the first half of the 47-6 win. - Tyler Julson/Albert Lea Tribune

The Albert Lea football team came into its matchup Wednesday night against Belle Plaine looking to end the regular season with a win. Not only did Albert Lea come away with the win, the Tigers dominated — getting the victory in the final regular season game played in the current sports complex.

The Tigers played a strong game on both sides of the ball, putting on an offensive and defensive showcase to beat the Belle Plaine Tigers 47-6. 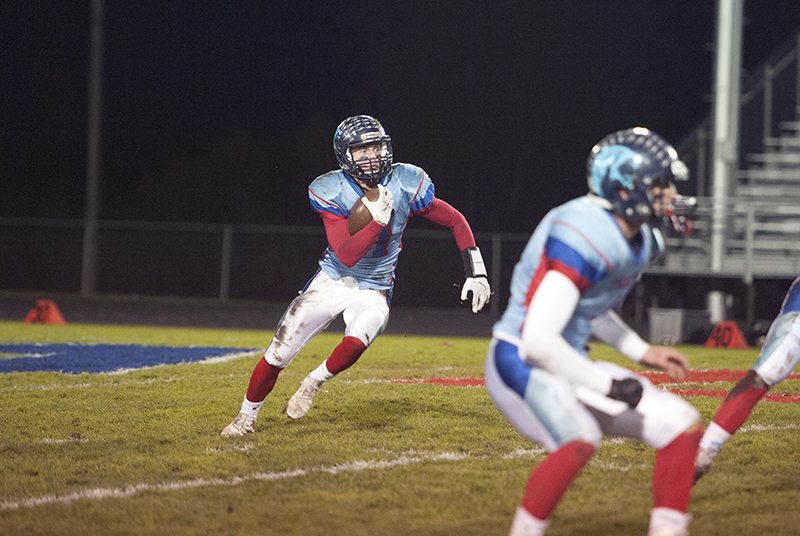 After a short drive by Belle Plaine to open the game, Albert Lea wasted no time in scoring the first points of the game. On the first offensive play, junior JJ Owens ran the ball 87 yards for the touchdown to put Albert Lea up 7-0 early in the first quarter.

The defense kept the momentum rolling with a fumble recovery on the next Belle Plaine possession. The turnover set up another touchdown for Owens, this time taking it in from 13 yards out and upping the lead to 14 points.

Albert Lea had a small hiccup to start the second quarter with an interception, but the defense held strong by forcing a three and out. On the ensuing offensive possession, Albert Lea scored again on an Owens rush. His third touchdown on the night was a 22-yard run with six minutes left in the first half. 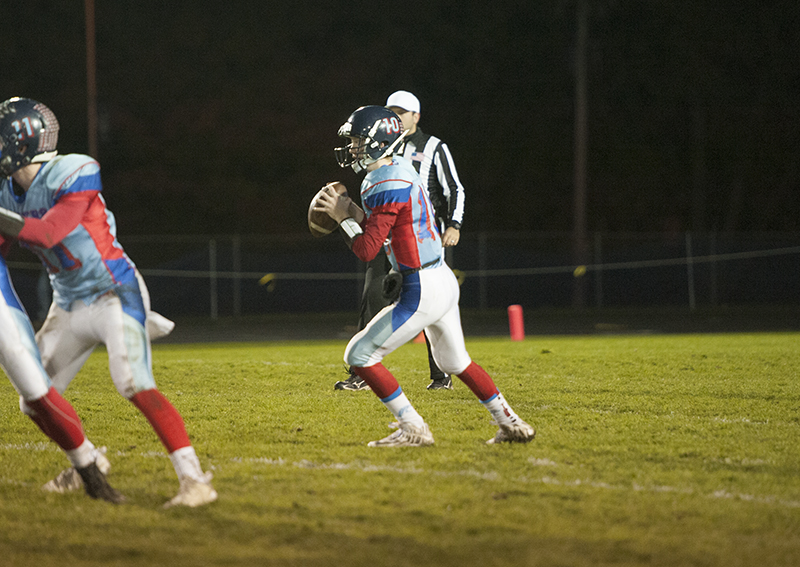 Albert Lea had a field goal blocked late in the half, but still went to the halftime break with a 21-0 lead.

The Albert Lea Tigers started the second half still riding their wave of momentum from the first. Just over a minute into the quarter, Albert Lea took to the air to score a touchdown. Junior Logan Howe connected with senior Carter Simon to give the Tigers a 28-0 lead.

Howe got his second passing touchdown of the game on the next offensive possession on a 12-yard hook up with senior Cole Wentzel.

Belle Plaine scored its first touchdown of the game midway through the third, but Albert Lea was already far ahead, 35-6.

The Albert Lea Tigers continued to put points up in the fourth quarter, with Howe tossing another touchdown — this time to senior Dylan Scherff. A Wentzel interception gave the Tigers the ball back at midfield, setting up yet another score. Junior Braden Kraft was the ball-carrier that gave Albert Lea a 47-6 lead, securing the victory. 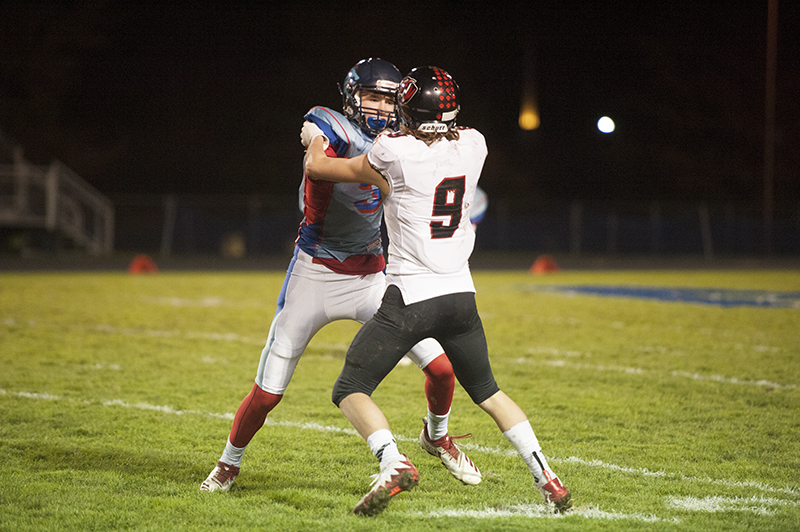 “Our offense just executed,” said head coach Corey Black. “We were ahead of the chains a lot. We found ourselves in a lot of second and short plays and that really allowed us to open up the playbook and get the ball out on the edge to our playmakers. Our outside blocking was the key for us tonight. Guys like Koby Hendrickson, Carter Simon, Dylan Scherff and Isaac Moyer were really the unsung heroes of this whole thing.”

The Tigers move up to 1-7 on the season and will play again when they host a section game against the 0-8 Wingers of Red Wing.

“We’ve had the ability to play like this for a couple weeks now, and it was really nice to see us come out and do it from the start,” Black said. “It was fun to see these guys go out there and really put one over the edge, instead of letting these teams hang around.

“It was a good way to send the seniors out. I hope that when we play Red Wing on Tuesday, that the same thing happens and we can have a fun playoff run from there on out.” 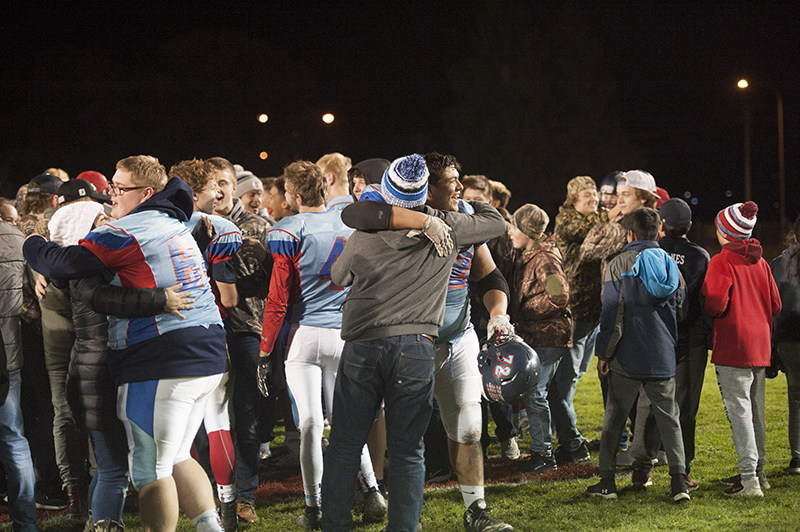