Tigers swept by the Rockets 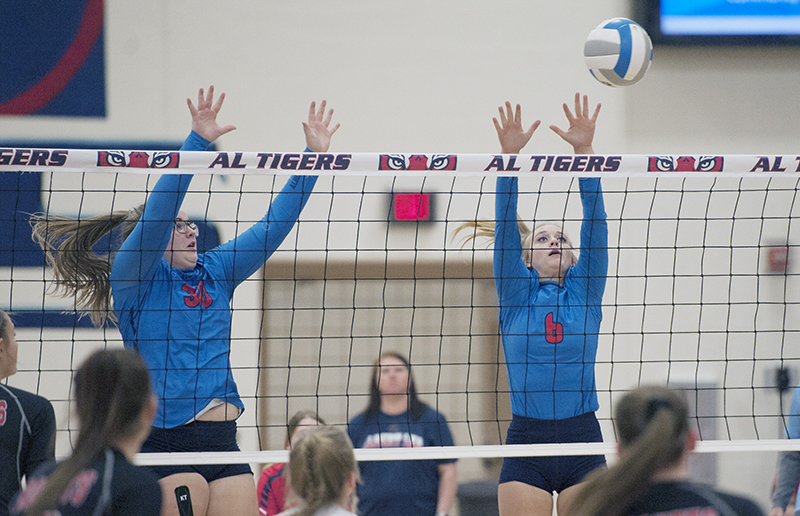 Albert Lea seniors Khira Hacker and Kailey VanRiper get up for a block attempt Tuesday night against Rochester John Marshall. The Tigers fell in three sets to the Rockets: 25-12, 25-15, 25-13. - Tyler Julson/Albert Lea Tribune

A number of Tigers played well throughout all three sets. However, the offensive firepower of the Rockets was too much to overcome, as the Tigers fell in three straight sets.

Albert Lea got off to a rough start in the first set, allowing Rochester John Marshall to jump out to an early 5-2 lead. However, Albert Lea pulled itself back into the set thanks to a kill and stellar play at the net by senior Khira Hacker. Albert Lea kept the score tight with great back-row play by seniors Courtney Harmdierks and Kailey VanRiper. Around the 12-point mark, Rochester John Marshall started to pull away and self-inflicted mistakes kept Albert Lea down, losing the first set 25-12. 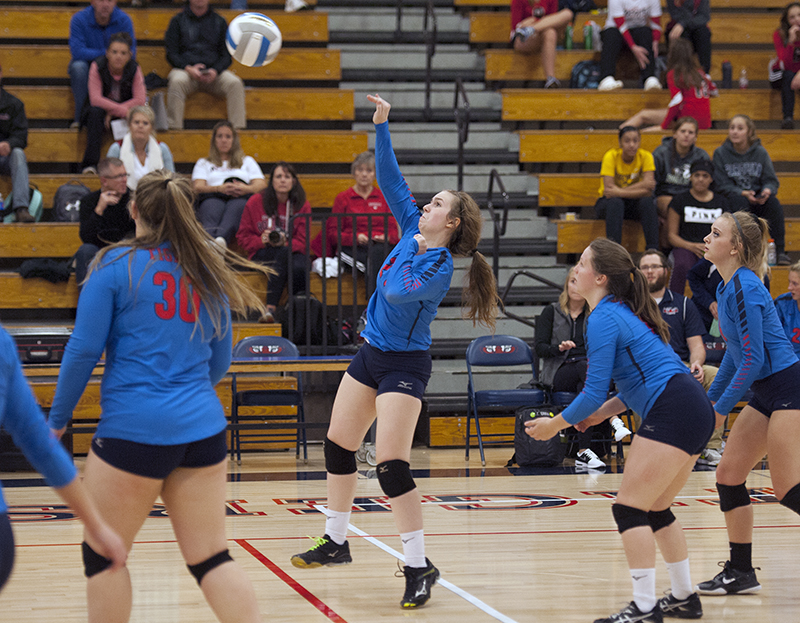 The second set got off to a much better start for the Tigers, as they kept pace with the Rockets throughout the first portion of the set. However, the Rockets found their power around the 10-point mark. The kill shots hit by the Rockets started to get much stronger, which proved to be a burden for the Tigers.

After falling behind 15-9, the Tigers took a timeout to regroup, but it wouldn’t do much good, as the Rockets continued to hammer the ball. Junior Lauren Miller and Harmdierks each had a big kill late in the set to give the Tigers some energy, but it wasn’t enough. They dropped the second set to the Rockets, 25-15.

Harmdierks continued to be a force with her kills in the third set, this time aided by Van Riper and Hacker. Sophomore Emilee Bauer was a part of those kills, using effective setting to put the ball where her teammates needed it. However, the power of the Rockets’ arms continued into the final set, as the Tigers fell 25-13.

The Tigers fall to 0-9 on the season and have two regular season matches left, as well as the October Classic tournament in Apple Valley starting Friday. Their final home game will be Thursday when they host the 7-15 Wingers of Red Wing. 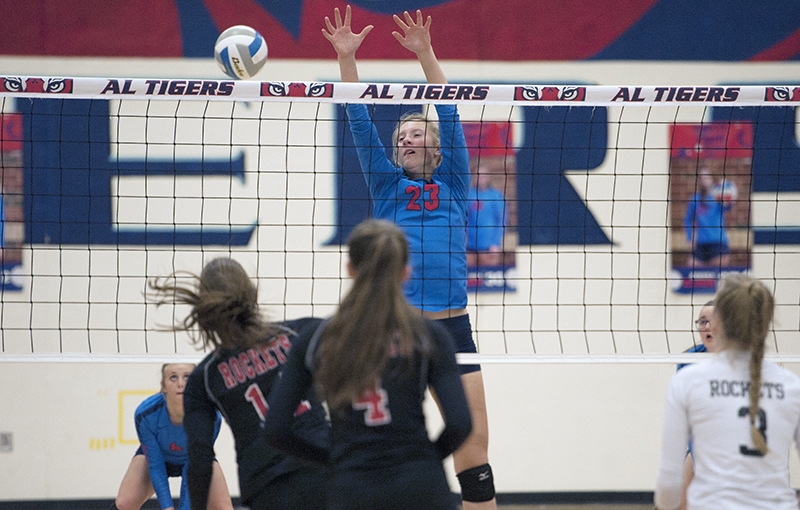