The incumbent Ward 2 Albert Lea city councilor believes one of the top issues the city faces is continuing to invest in and promote the community while providing all services and keeping property taxes low. 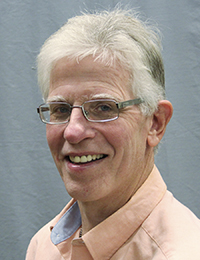 Larry Baker is running unopposed for the seat.

“One way to help with all of this is to increase the city’s tax base,” he said. “Unfortunately that can be a slow process, but the most sustainable way to help us continue to move forward responsibly.”

A construction worker, Baker, 61, said community members play a role in growing the community “by being positive salespeople of our community.”

He said during visits he and his girlfriend, Susan, make to cities for artesian festivals, “most of the people are really positive about their community.”

“There have been some conversations that have been pretty negative, and I always go away wondering about that city,” Baker said. “So I truly believe we as community members can be the best or worse advertisement for our city.”

Baker, mayor pro tem, was first elected to the council in 2006 and is running for his fourth term.

Baker said the city needs to actively work with Freeborn County, Save Our Healthcare and local businesses “to make sure we have the best health care locally that is possible,” as Mayo transitions most inpatient services from Albert Lea to Austin.

“This is such a complex issue that it is going to take everyone’s help as we travel down two paths to secure the best health care possible,” he said. “Path one is to work with Mayo to make sure there aren’t other plans in the future to move other services — also to somehow help the decision-makers in Rochester understand that they are the ones that broke the trust between them and the city.

“They alone are responsible to work to get that trust back. Hopefully they will learn that the people in rural areas are more than just numbers to their bottom line.”

“We have to understand that this will take time and patience,” he said.

Baker said since Albert Lea has limited transportation funding resources, “we need to make the best decisions we can as to what projects to do each year.”

“Always look for grants, state or federal assistance when qualifiable projects come up,” he said. “The city has a financial plan for the bonding for road projects. Just about every year, a bond is paid off and another is added for current projects.”

Baker said he agrees with the city not increasing its operating levy while adding onto its debt service levy to fund infrastructure projects.

“There used to be a culture within the city that each department would take care of their own and not worry about other departments,” he said. “That culture has pretty much gone away. I see departments working together, sharing ideas on how things can be improved and getting excited about it.”

To Baker, staff members “are empowering city employees” in their possible work environment.

“This kind of partnership amongst the city employees are helping in the overall quest to keep expenses down and deliver better services to the people in this community,” he said. “Even with all of these effects, I realize that we will come to a time in the very near future when we will have to look at raising the operation side of the tax levy and/or cutting some services.”

Baker said he has had conversations with constituents in his position, including one lasting close to 1 1/2 hours.

“I have had conversations in the grocery stores, at the gas pumps, in the parks and in many other public places,” he said. “Also phone calls and emails. I guess to sum it up, I feel in conversation with someone, there should be respect, openness to share your thoughts, ideas and to listen.”

Baker said the city has made smart investments.

“When the 2008 recession hit, we scaled it way back,” he said, adding in 2012 the council decided to increase improvement projects.

“One of the comments I have heard many times over the years is that people wouldn’t mind paying a little more in property taxes if they knew it would go towards fixing the roads,” Baker said. “In the last six years the council has done exactly that. The only tax increases have been on the debt levy side.”

Baker noted the debt levy covers money the city bonds for to pay for improvements.

“The operational side has not been increased,” he said. “If we as a city want businesses to invest here and create jobs, we all have to be willing to invest in ourselves.”

Baker said the city “needs to continue to improve its customer service with the taxpayers, developers, businesses and new residents.”

“In the last seven years, city staff has made big strides in working toward making it more efficient and easier for anyone working with the city,” he said. “But, like anything, we need to be ever vigilant in our quest to deliver the best services possible.”

Baker said the city needs to do its best to partner with businesses in Albert Lea and others looking to start or move a business to the community.

“The city has ways to help existing businesses and new,” he said. “We can create tax increment financing districts, tax abatement for some new businesses. The city needs to continue to find different ways to help businesses continue (growing) and promote new ones.”

How can city government attract employees?

Baker said the city can “continue to work toward creating a place that is efficient, safe, productive, fun, competitive pay package and encourages promotion within the organization when positions become available.”

To continue improving communication with the county board, Baker suggested continuing to search for work Freeborn County and the city can partner on to help financially and promote the two entities.

“Get back to having joint meetings to talk about how we can work together,” he said. (Former Albert Lea City Councilor Larry Anderson) and myself about four or five years ago sat in a joint committee with the county to find and talk about services and efficiencies we could share — came up with and talked different ideas that may or may not benefit both entities.”