‘We went through a lot together’ 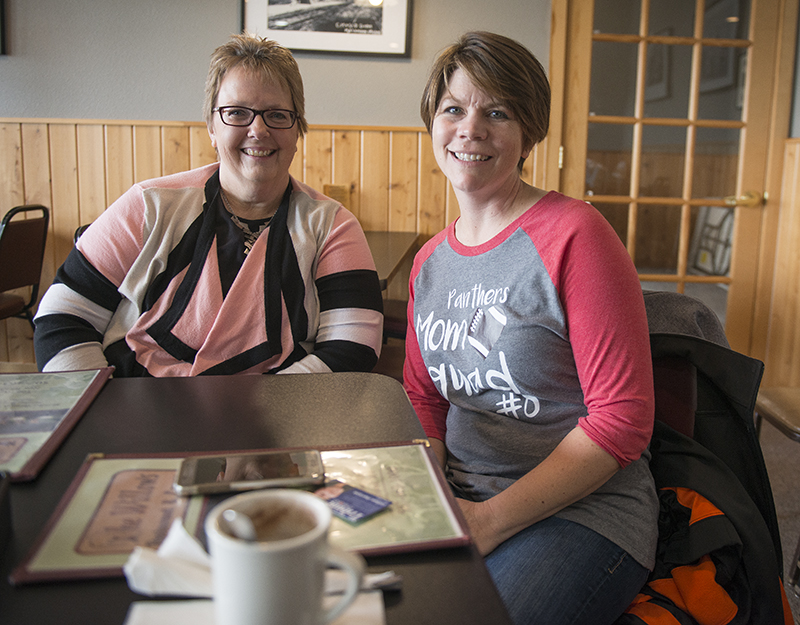 Jean Billing and Ronda Staloch, along with Amber Morud, ended up going through chemotherapy treatments together after their respective cancer diagnoses, resulting in the close bond the three women now share. - Colleen Harrison/Albert Lea Tribune

Though three area women have three different experiences with breast cancer, for several months they had one thing in common: Thursdays.

Specifically, Thursday chemotherapy treatments that found them all together with various friends, relatives and snacks.

Jean Billing and Ronda Staloch used to work together. They reached out to each other around the same time. Billing said she heard through the rumor mill that Staloch had breast cancer.

“She had heard the same rumor about me,” she said.

Both women were diagnosed in the fall of 2016. So was Amber Morud, who lives in Nora Springs, Iowa. Although their start dates were staggered, all three women ended up in chemotherapy treatments at the same time.

Staloch went in for her annual mammogram in August 2016 after feeling something in a personal breast exam. The mammogram didn’t show anything, she said.

“But I could feel a little lump,” she said. That lump was revealed through an ultrasound. Chemotherapy was intended to deal with her lymph nodes, which were also involved, and to reduce the size of the tumor to make surgery easier. Because Staloch found out she was a carrier for a BRCA gene, a gene that increases breast cancer susceptibility, she had a double mastectomy.

She said she was on the fence when the surgery was coming up — “I was sick of going to the doctor,” Staloch said — but she had time to think during chemo and decided on reconstructive surgery.

“I just wanted to try to feel good in clothes again,” she said. 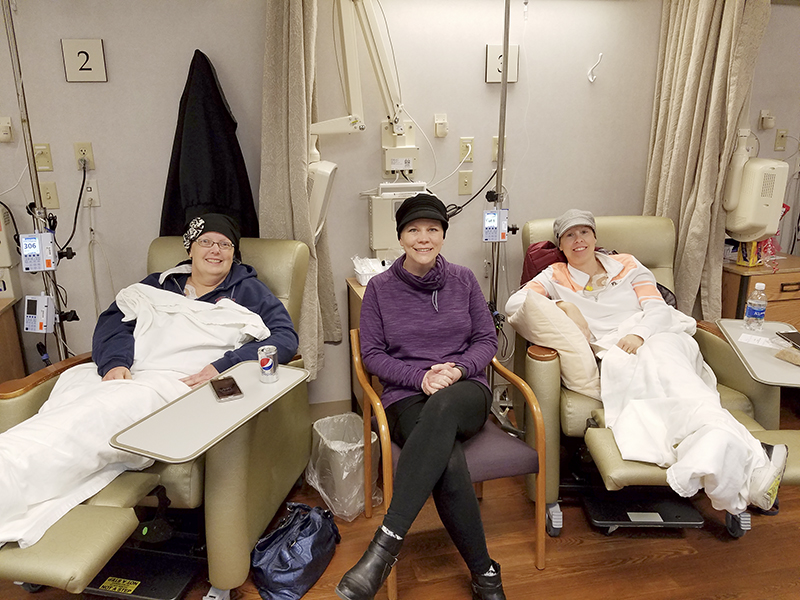 Pictured are Billing, Staloch and Morud when they were going through treatments together. – Provided

Billing is in the reconstructive process now. For her, prosthetics were heavy and uncomfortable. She has the same plastic surgeon as Staloch.

Morud said she became more aware of her health after her mother was diagnosed with ovarian cancer. That’s when Morud found the lump that eventually sent her into chemotherapy with Billing and Staloch. Because she started a few weeks later than Billing and Staloch, Morud also finished later.

“Even though Ronda and Jean were done, they still came for my last treatment,” she said.

When it was Staloch’s birthday, they had a party for her in chemotherapy — cake and all.

“I think just the fact that we went through all of this, most of our treatments together, it just kind of, we created a bond between us because we understood what each other (was) going through and could talk pretty open and honestly about it,” Morud said.

The three all said the friendship has a different vibe than others.

“We have a lot in common,” Billing said. “We went through a lot together.”

As much fun as you could have during chemo, they had it, she said. Staloch said having a support system is a huge thing during the process.

“We were really lucky,” she said.

Morud is the executive director of a preschool and day care in Mason City. She and her family — her husband, Adam, and their two girls, Macy and Mady — are huge Hawkeyes fans. Although life is pretty much back to normal, she said, she sometimes takes a step back.

“I don’t know, I think sometimes it just makes me more appreciative of things,” she said of her experience with breast cancer. “… Definitely I feel like it’s made me stronger for sure.”

Billing has a 6-month-old grandson.

“He’s a lot of my life,” she said. She is still working at the bank in New Richland.

Staloch has three children. She said having them keep her busy during treatment meant she didn’t have to think about it as much. 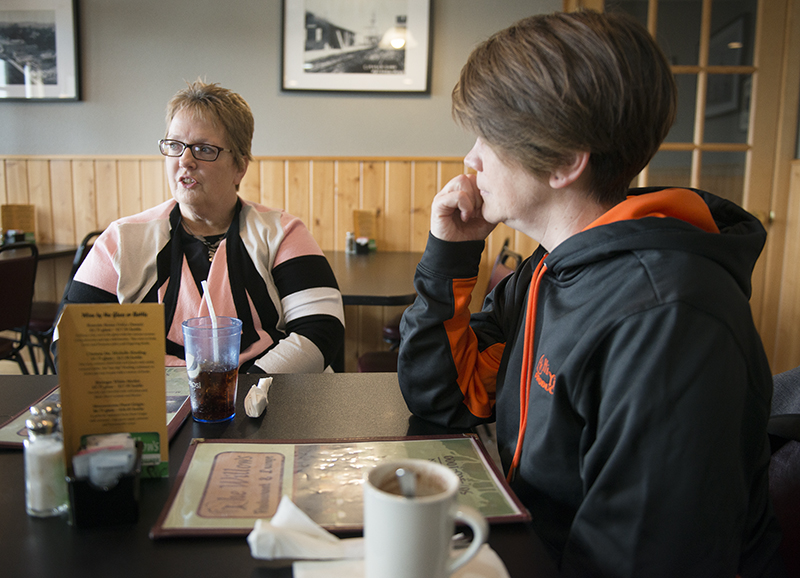 “We have a lot in common. We went through a lot together,” Billing said of her bond with Staloch and Morud. – Colleen Harrison/Albert Lea Tribune