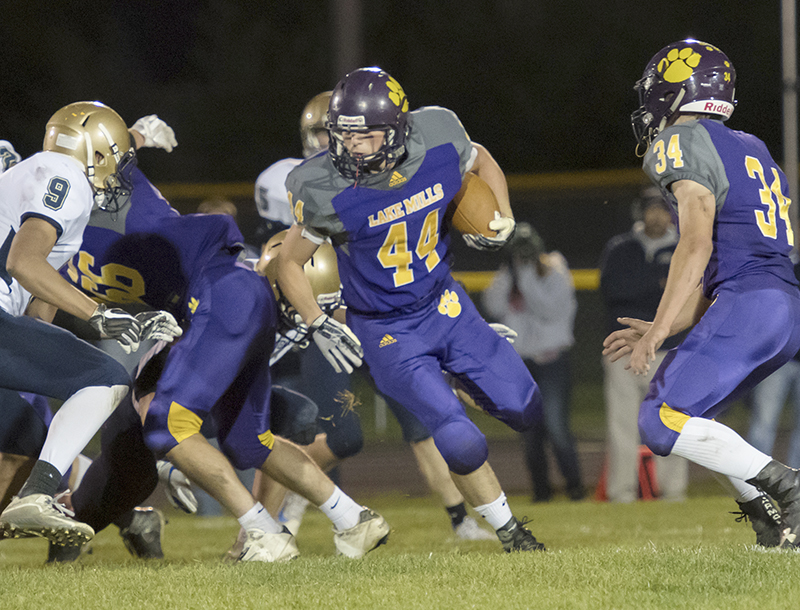 The Lake Mills football team had 10 players recognized with All-District honors for the 2018 football season.

Boehmer finished the season with over 1,200 yards of offense — 900 of which came through the air — and 15 total touchdowns.

“Cael had a real nice senior season,” said head coach Bill Byrnes. “(He) was a great leader on the field, he really led our new offense this season.”

Schmitt led the defense in tackles despite playing nearly the entire season in a cast. Byrnes said Schmitt was the leader of the defense this year, always finding his way to the ball and playing a very aggressive style of defense. 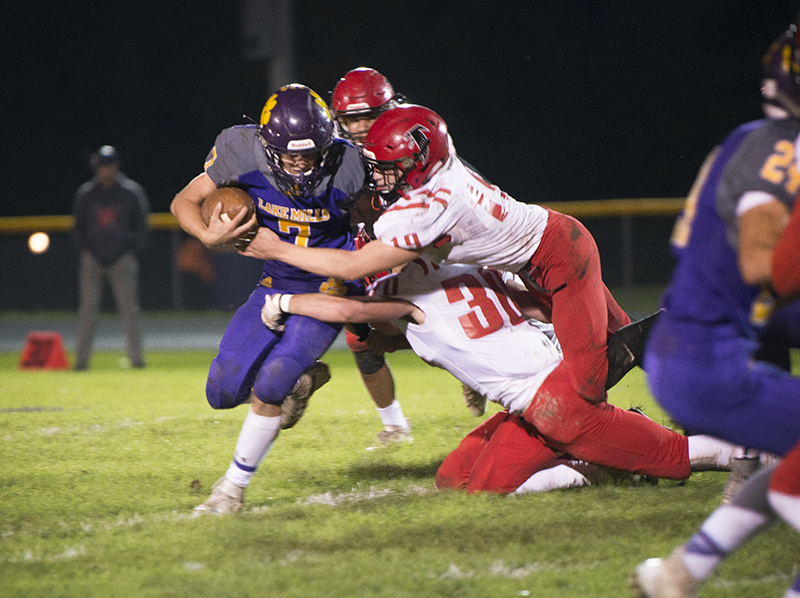 Lake Mills senior Cael Boehmer finished the season with over 1,200 yards and 15 touchdowns, earning him a spot on the All-District first team. – Colleen Harrison/Albert Lea Tribune

Wagner played both linebacker and fullback for the Bulldogs in his sophomore season. He was the team’s leading rusher with 549 yards. Byrnes said Wagner is a hard worker and always ran tough to get the inside yards and played solid defense.

Orban was a key piece of both the offensive and defensive lines. Defensively, Orban recorded 34 tackles, 13 tackles for a loss and three fumble recoveries.

Bacon, the second sophomore to make the list, played on the offensive line and as a linebacker.

“We asked Caleb offensively to play a new position this year and he did a great job at tackle,” Byrnes said. “Defensively he was one of the most explosive players we had and plays hard and physical. We are looking forward to two more years of Caleb and looking for him to be a dominate player.”