A harvest of a different kind 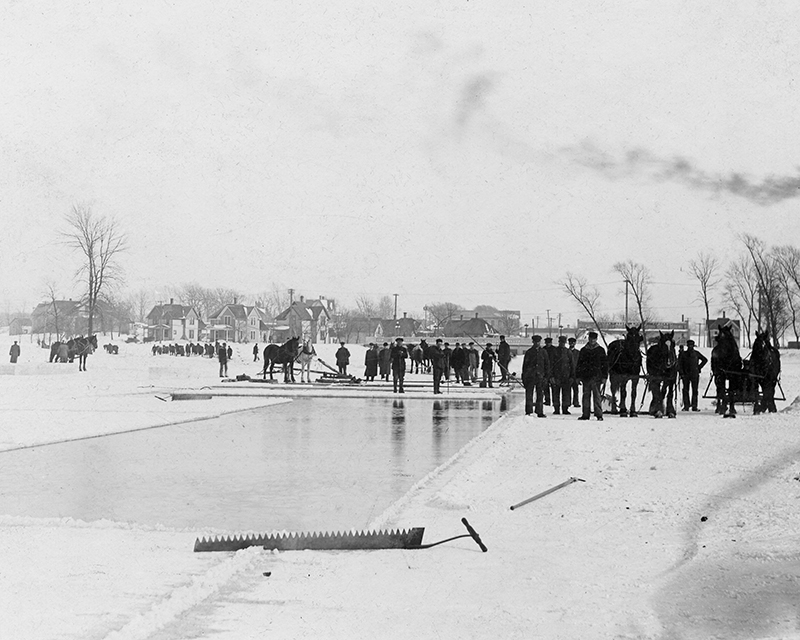 The ice harvest on Fountain Lake could take at least 4 weeks to secure enough ice needed for Albert Lea. 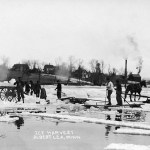 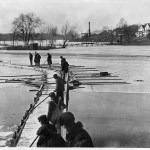 Using a conveyor system, workers move the ice blocks toward their destination. Katherine Island is in the background of this 1919 photo. Photo courtesy Freeborn County Historical Museum 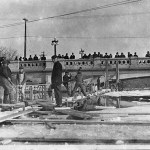 Spectators watch from the bridge on Bridge Avenue in 1919. The ice blocks are being guided from Fountain Lake through the channel to Albert Lea Lake toward the meat-packing plant. 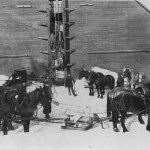 The harvested ice blocks were hoisted into this ice house once located at the present site of Fountain Lake Park. Sawdust was used as an insulator around the cakes of ice to prevent thawing. Photo courtesy Freeborn County Historical Museum 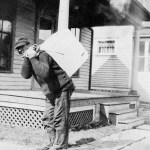 A delivery man carries ice to a home for use in the icebox. Photo courtesy Freeborn County Historical Museum 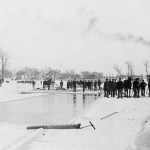 The ice harvest on Fountain Lake could take at least 4 weeks to secure enough ice needed for Albert Lea.

Years ago, the cold weather of winter meant the ice harvest season was on. Ice was cut for daily personal and commercial use. Fountain Lake provided a good crop for the harvest. Crews would clear the snow from the ice and prepare the surface by marking off squares. The fields of ice covered many acres. The ice would be scored, cut, transported and stored. The harvest of 1913 began on the 14-inch coat of ice with three plows and about 20 teams of horses. Nearly 150 men worked the ice harvest in 1921.

The harvest of 1916 had less demand for ice due to the relocation of the beer warehouses to another town. Typically, vast quantities of ice were harvested. Local supply houses, like the Albert Lea Ice & Fuel Co. and Gripman, Moore & Co., required large amounts of ice. The Stacy Fruit Co. warehouse, the Rock Island Railroad and other railroad cold storage houses demanded tons of ice. A 1922 newspaper article reported that “hundreds of thousands of tons” of ice were harvested for the Albert Lea Packing Co.