A new home for the holidays 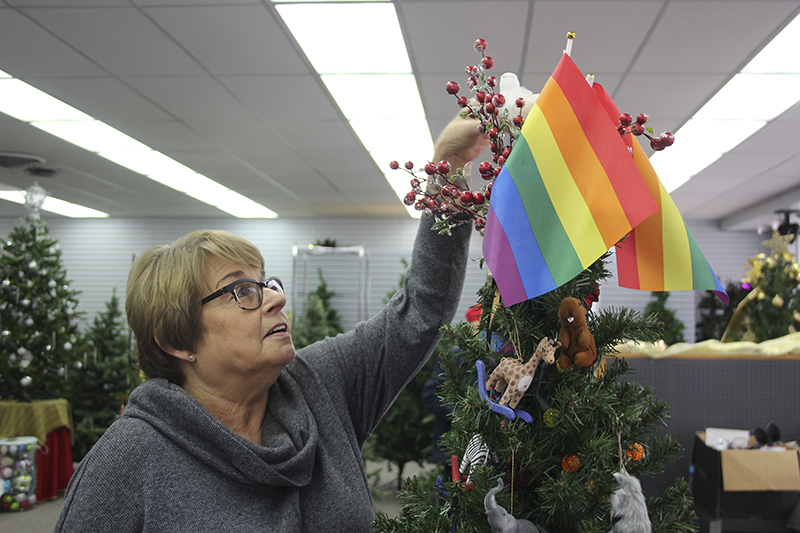 Carolyn Smith readjusts the dove at the top of her Noah’s Ark Tree Friday at the Albert Lea Art Center. This is Smith’s first year decorating a tree for the Festival of Trees. - Sarah Kocher/Albert Lea Tribune

Albert Lea Art Center is celebrating its first Christmas in a new home with a decades-old tradition.

This year’s Festival of Trees will feature approximately 25 to 30 trees. For the first time in several years, the display will be hosted at the Albert Lea Art Center after its move to South Broadway Avenue. That move is reflected in this year’s theme, “Christmas on Broadway.”

While many of the decorators are repeat participants, Darlyne Paulson, one of the Festival of Trees chairs, said there are a handful of new participants.

“We’re trying to get everyone to do something different than what’s been done before,” she said.

One of those new participants is Carolyn Smith, whose tree is festooned with approximately half the animals from Noah’s Ark (there aren’t two of each critter). A dove perches on the top, and at the base, a watery blue tree skirt rests a few inches below the lowest-hanging ornaments — fish, of course.

Smith has been amassing ornaments for the Noah’s Ark tree for at least 10 years, she said.

“Every time I see animals, I add them,” she said.

A few new ones will feature on the Festival of Trees edition, including some locally purchased ornaments from The Color Wheel and Trail’s Travel Center.

The idea sparked at a Christmas store in Kansas City that sold several animal ornaments. When she decorated itat her home, the Noah’s Ark tree was one of three. 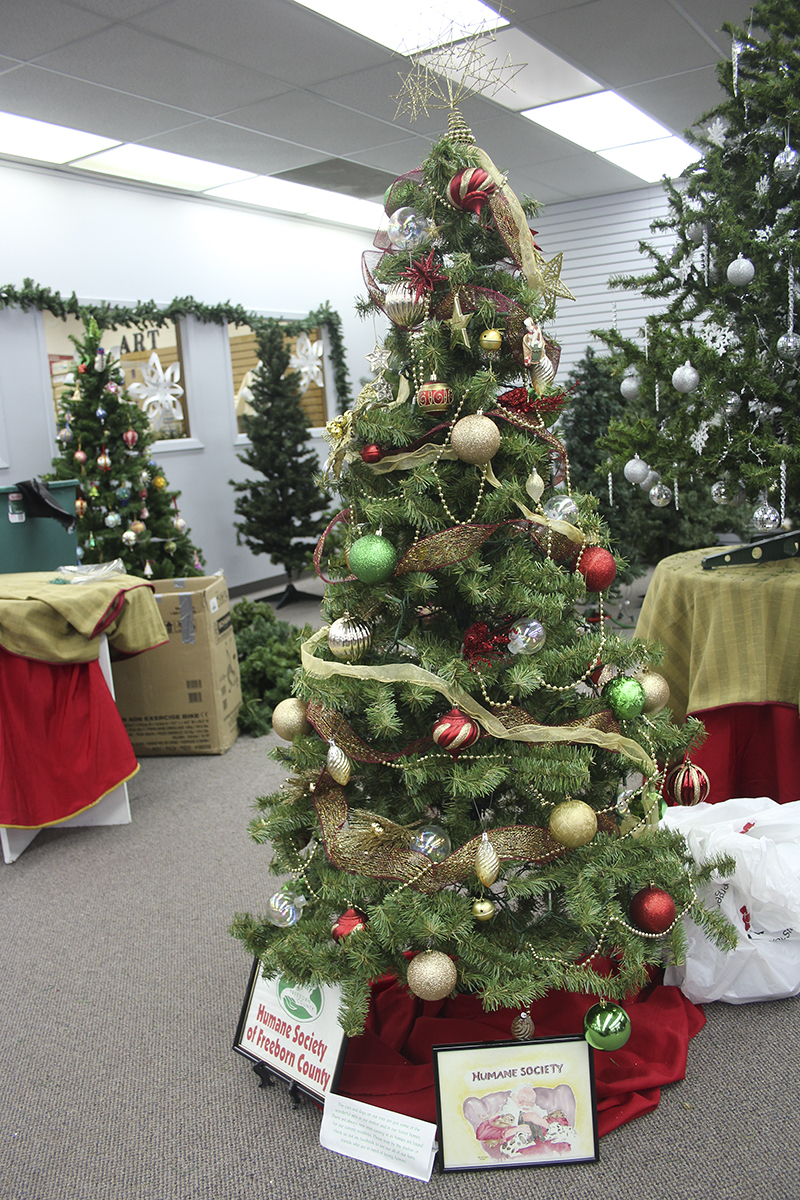 The Humane Society of Freeborn County decorated a tree again for this year’s Festival of Trees. This tree is one of approximately 25 to 30. – Sarah Kocher/Albert Lea Tribune

Now that her grandchildren are older, though, she heads to their home for Christmas. She was debating whether or not to decorate her own trees.

“‘Why don’t I bring it up here this year?’” Smith said. “Because I was really considering not putting up a tree, but yet that didn’t seem quite right. … It seemed a shame not to do something with it, and then I thought of this.”

Smith said she expects the event to be an enjoyable one, and she’s glad to see the Art Center’s move become a part of the downtown decoration scene. She said she hopes the location sparks interest in the display.

The move also means the Art Center is working through differences in set-up and display. Though Paulson estimates the space is larger at the Albert Lea Art Center than the space they were working with at Northbridge Mall, Art Center members were still working out exactly where those trees should stand and how they should be arranged for movement and aesthetics. At Northbridge, the decorators had a system.

This year’s Festival of Trees also will not feature a Night of Dazzle due to space. Paulson said the back room, where food tables might go, is currently full of decorations and other items as the Art Center figures out storage.

However, the Albert Lea Art Center is hosting a free open house from 1 to 4 p.m. Sunday. This is when the trees will be lit for the first time, Paulson said. Children up to 12 years old can put their name in for a $25 McDonald’s gift card giveaway at the event.

Because the Art Center is using its own space, the exhibit will also be up a few days longer than in the past. It runs through Dec. 29.

“The Festival of Trees is really a community — it’s to bring the community together and it’s fun to see all the different people that come in to decorate,” Paulson said.

What: Festival of Trees