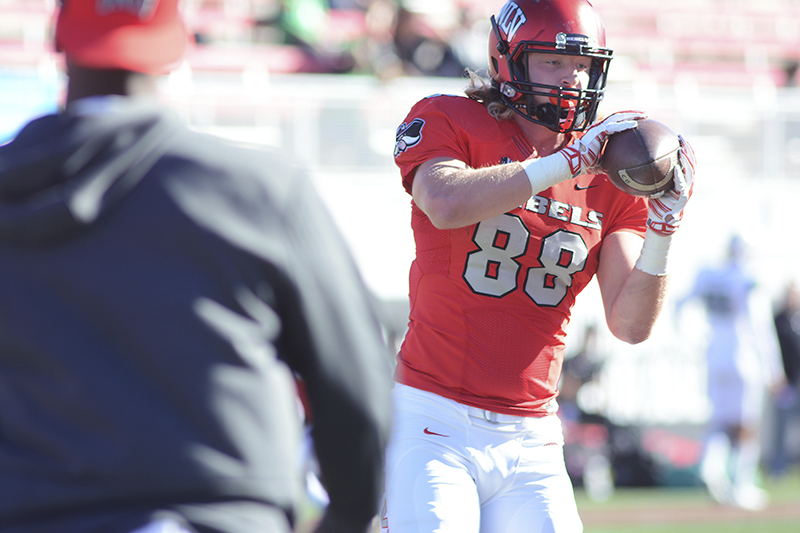 Cody Scherff played for two seasons at Rochester Community and Technical College before graduating and moving on to UNLV. - Photo courtesy UNLV Athletics

Cody Scherff, a 2014 graduate of Albert Lea, completed his five-year journey of playing college football last weekend by playing the final game of the season for the UNLV Rebels.

After graduating high school, Scherff moved on to play football for Rochester Community and Technical College for two years before graduating and transferring to UNLV to continue his football career. He redshirted with the Rebels in 2016, before getting back on the game field for his junior and senior seasons.

Aside from playing the sport he loves, Scherff said one of his favorite parts of the experience was all the traveling.

Scherff said it was his dream to play football at the next level ever since he started playing football in seventh grade. He said he pushed himself to be the best he could from that point on. 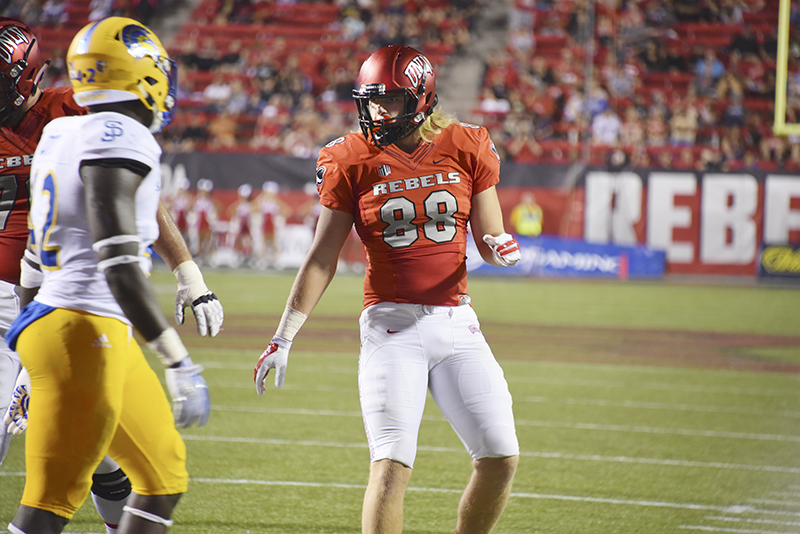 A 2014 graduate of Albert Lea, Cody Scherff has just wrapped up his final season of college football playing for the UNLV Rebels. -Photo courtesy UNLV Athletics

Once reaching the college level, he said the biggest difference he noticed right away was the speed of play and the big jump in level of play.

“The hardest part is adjusting to the level of play and learning a whole new system,” Scherff said. “You have more and different plays to learn than in high school and you have to be more disciplined. In high school you can get away with just playing football. In college everyone is the same skill level as you, so you can’t just go out and play. You have to study your opponent and focus on your assignment and technique, rather than just relying on your skill to succeed.”

Scherff said he has a few options after he graduates in the spring, but he’s not sure what he’s going to go with just yet. At this point he wants to focus on finishing school before anything else.

Scherff offered some advice for any high school players who want to continue their football careers into the college level.

“To get recruited you should reach out to any school you want to play for and don’t wait for them to contact you,” he said. “You should make a highlight tape and email it to all the schools you are interested in. If the school likes what they see, they will be in contact. Another thing you can do is go to camps during your offseason to get exposure to some college coaches.” 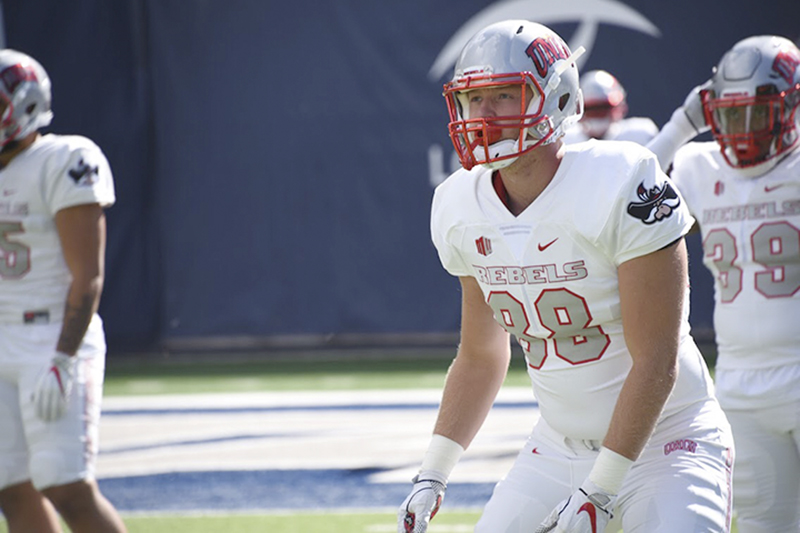 Scherff was listed as the second string tight end for the Rebels and was named to the 2017 Academic All-Mountain West team. – Photo courtesy UNLV Athletics