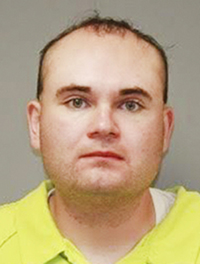 The Minnesota Court of Appeals on Monday rejected an appeal by the man convicted of second-degree murder in fall 2017 in Freeborn County.

David Michael Easter, who filed the appeal in December, challenged his second-degree murder conviction, saying Freeborn County District Court erred when it used the self-defense justifiable taking of life jury instruction — recommended by Easter’s lawyers — instead of a general self-defense instruction. He argued the court “abused its discretion” by sentencing him separately for second-degree murder and carrying a pistol or a firearm without a permit because they stemmed from a single incident.

Easter said the court exceeded its authority by amending the restitution amount to include $8,597 to the Crime Victims Reparations Board.

In a ruling rejecting Easter’s challenges, Minnesota Court of Appeals Judge John Rodenberg said the court did not abuse its discretion by its sentence.

“The district court did not err when it determined that (Easter’s) offenses were two separate incidents, because the unlawful-carrying-of-a-pistol-without-a-permit offense was complete before the second-degree murder offense. Finally, the district did not err when it corrected its clerical error by amending the restitution order.”

“The Court of Appeals decision is the right decision in affirming the district’s decision, so it’s a proper decision,” he said.

Easter was sentenced in connection with the shooting death of Spencer Daniel Brown, 23, on Aug. 23, 2016, at Myre-Big Island State Park.

“He deserves the conviction and the sentence and the restitution,” she said.

“It’s like a weight lifted off my shoulders, so that’s a good thing.”