Creepy, kooky, mysterious, spooky and all together ooky 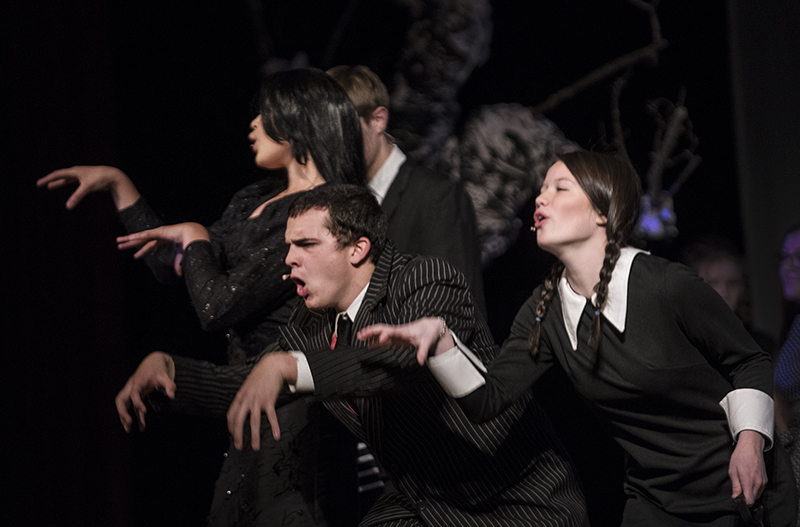 “You have to choose something different than the last couple years,” Albert Lea High School teacher and play director Diane Heaney said. This year, that choice is the musical “The Addams Family.”

Heaney said the show has good music, is cleverly written and a little bit naughty.

“It has something for everybody,” she said.

According to sophomore Emma Barclay, who plays seemingly normal mother Alice — the audience can expect dark humor that means they’ll have to listen close. 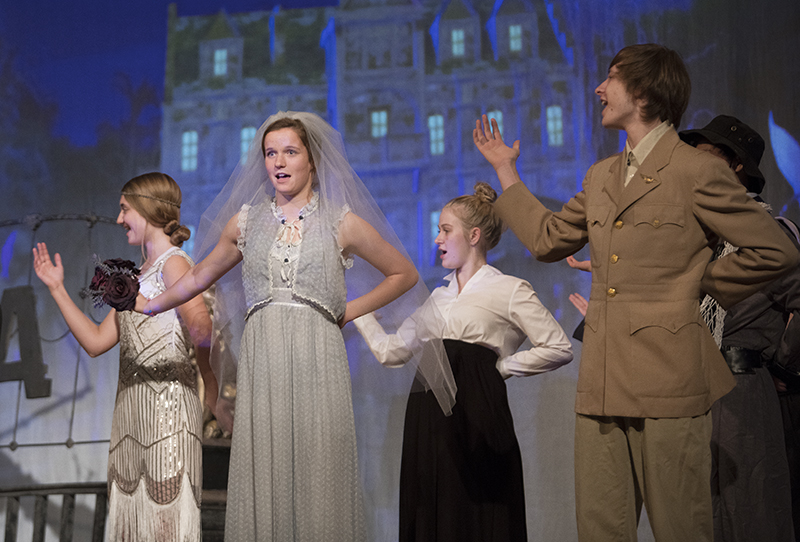 For Barclay, the play involves more physical interaction with other characters than what she has done previously. For senior Jeorge Brinda, who plays father Gomez Addams, it involves a tango.

“I’ve done show choir, but nothing tango-y,” he said.

“The Addams Family” musical has the characters showgoers will recognize from past Addams encounters, but with its own context and story development, Barclay said. In the musical, the Addams family is joined for dinner by daughter Wednesday Addams’ seemingly normal boyfriend, Lucas, and his parents. The evening goes awry as confessions are made, mixups ensue and a storm traps the families in the Addams family mansion to work it all out. Brinda said the performance is “a high-energy show” with wacky acting and good music from both the pit orchestra and the singers.

Senior Dane Brownlow, who plays Lucas, said he hopes the audience gets a laugh out of the production.

“That’s fun to see, and we need more kids to step up all the time, but it’s fun to see the new stars,” she said. 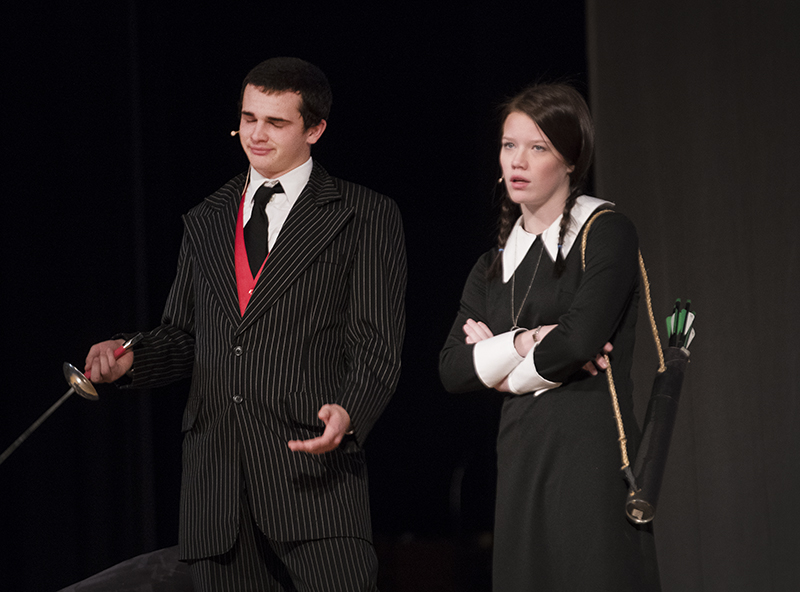 It is also an ambitious production musically, she said, with the entirely student pit. The music isn’t easy and lacks some of the familiarity of previous shows.

“It’s not like ‘Little Mermaid’ where everybody knows all the songs,” Heaney said.

This performance will also be the first play at the high school to utilize reserved seating for the auditorium. According to Heaney, this will help organizers know better how full the auditorium is.

“We had to pack people in last year,” she said.

They will still sell tickets at the door, but audience members who buy tickets at the event may not be able to choose where they sit. Community Education is responsible for running the reserved ticketing. 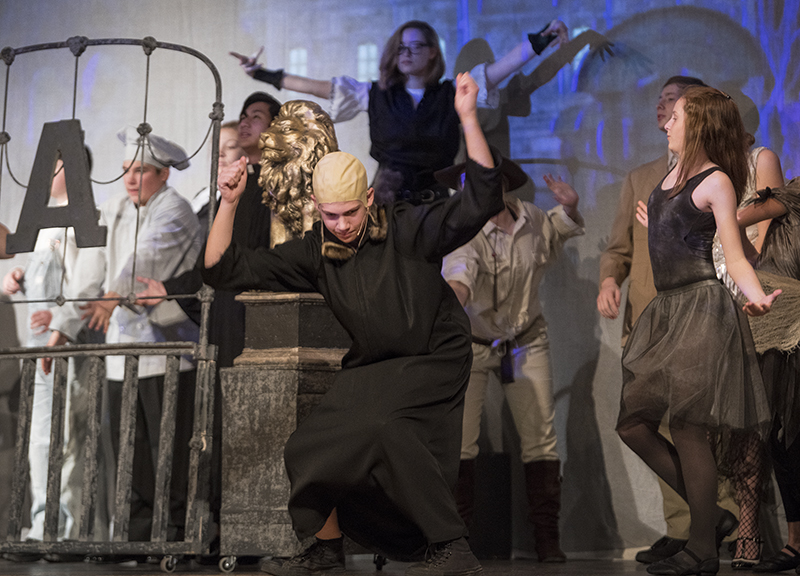 What: “The Addams Family” musical 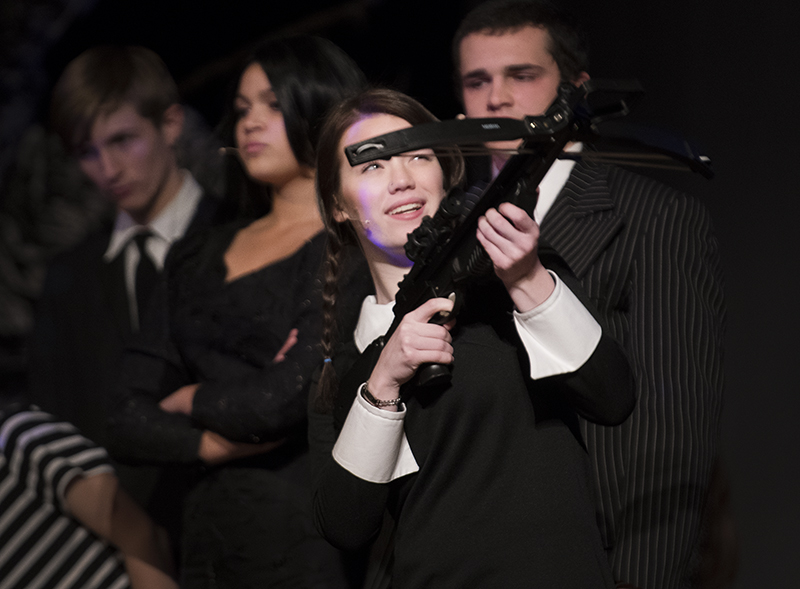 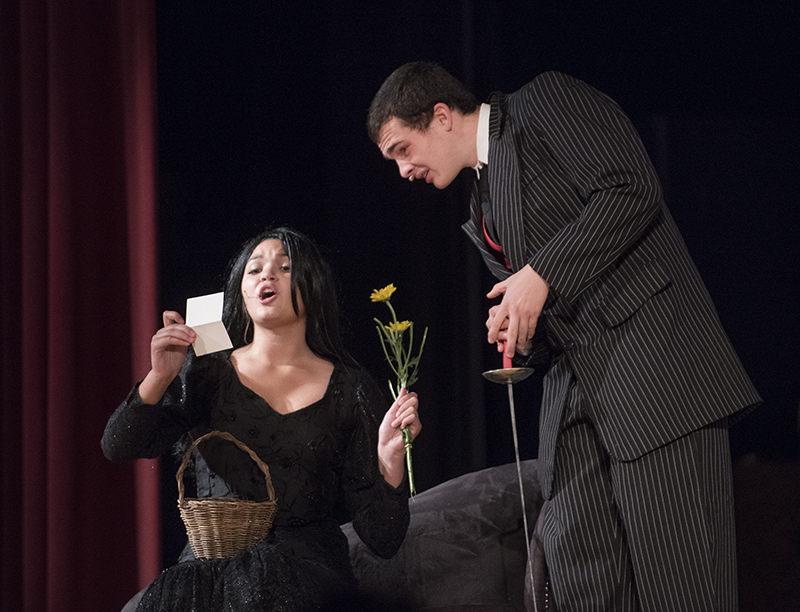 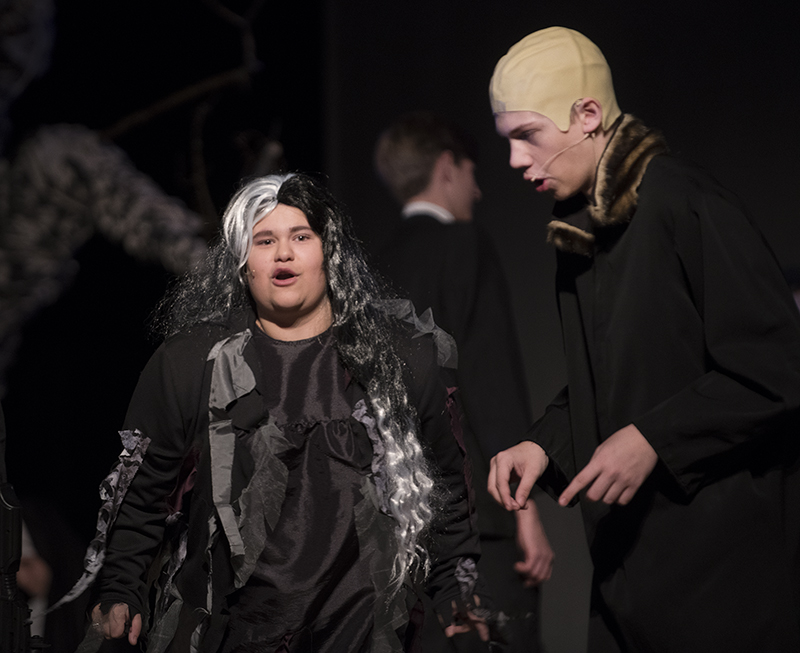 Charley Fleek as Grandma and Dylan Callahan as Uncle Fester rehearse their roles for the upcoming musical production of “The Addams Family.” – Colleen Harrison/Albert Lea Tribune