Editorial: Thank a vet any day — not only on Veterans Day 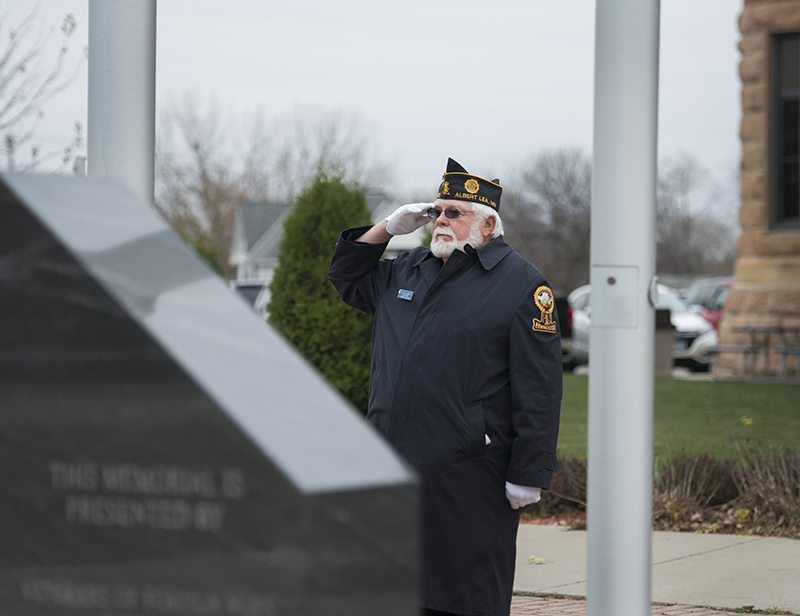 We hope you had an opportunity to pay tribute to our veterans on Sunday, but in case you didn’t, remember you don’t have to have a holiday to let veterans know you care.

According to data from the Department of Veterans Affairs, there were around 20.4 million U.S. veterans in 2016, and Gulf War-era veterans now account for the largest share of all U.S. veterans.

In 2016, 7 percent of U.S. adults were veterans, down from 18 percent in 1980, according to the U.S. Census Bureau. The share of the country’s population with military experience is declining — and is only expected to continue to decline in the future.

Though the percentage of U.S. adults with military service is going down, the sacrifice these men and women made has not lessened. We must advantage of opportunities to thank them and recognize them for their service.

Honoring veterans can be as simple as saying thank you when you see someone out and about with a hat or jacket on that shows their military service. It could also mean supporting our veterans organizations.

Remember, the sacrifice they made serving our country often brings long-lasting effects — some of which are felt daily. There are many who need our support and who deserve our thanks.