‘Frugality fatigue’ may fuel increased spending this year during holidays 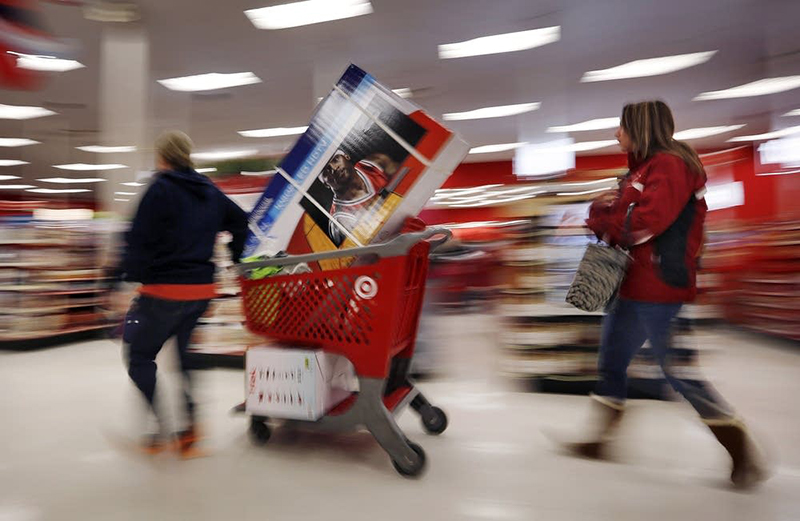 Retail analysts predict holiday spending this year could surpass the $1 trillion mark for the first time.

What’s behind the forecast increase in sales? One expert says it may be a result of “frugality fatigue.”

“Consumers (have) suffered from what I call ‘frugality fatigue’ for many years because they were always given information about the state of economy that sounded pessimistic, so their ability and willingness psychologically to spend money was not the same as it is currently,” said University of Minnesota professor Akshay Rao, who holds the General Mills chair in marketing at the Carlson School of Management.

Another factor working in retailers’ favor this year: An earlier Thanksgiving Day adds a couple of shopping days into the mix between Black Friday and Christmas. Rao said that can lead to millions more in sales.

“Normally, Thanksgiving is a couple days later, which in the grand scheme of things might not seem like very much,” he said. “But when you think about the fact that this is a 30-day period, a couple of days here or there is 10 percent more time.”

But Rao said retailers aren’t going to sit back and wait for sales. They’re actively working to find customers online.

According to the Harris Poll’s 2018 Consumer Holiday Shopping Report, nearly half of consumers will have already completed most of their holiday shopping before Thanksgiving and the traditional heavy shopping days of Black Friday, Small Business Saturday and Cyber Monday.

One possible reason for that is targeted marketing. Rao said companies that advertise online and on social media already have information about the shoppers viewing their ads.

“If I am a smart e-tailer, I have data about you that will tell me whether you buy on impulse or whether you are a careful shopper who looks for something, comes back, looks for it again, comes back, comes a third or fourth time (and) when you get a good deal, you buy,” he said.

There still are many shoppers who still enjoy the in-store experience. The holiday shopping report said consumers are planning to split their dollars evenly between in-store and online purchases.

Rao said brick-and-mortar stores have the additional challenge of making consumers believe they should opt for an in-person experience, by creating some doubt in their minds about bargains they find online.

When it comes to online purchases, Rao said, some consumers may think, “Yeah, I’m getting a better deal, but at the end of the day is my television going to work? Is my refrigerator going to do what it’s supposed to do? Can I actually install it the way it’s supposed to be installed?”

Rao said the retail industry is expecting a 25 percent increase in sales, with surveys indicating many consumers expect to spend more than $800 on gifts this holiday shopping season.